I've not spent as much time at the table as usual in the last couple of weeks. I'm not sure whether it is due to me avoiding finishing the Soda Pops walker scene, tiredness in general, or a bit of a lack of enthusiasm for painting.
One thing that I do feel that I need to do is a little bit of shopping, most specifically for some new brushes. I've been a bit harsh on my brushes lately, and as a result they've not lasted as well as they might usually. I'm also feeling the need for some new paints. I'm looking at maybe picking up some of the new Scale75 paints, which seem to be largely positively reviewed. Also, from the videos that I've seen, they look like they behave well in airbrushes, which is a plus for me.

I shall think on with that, but in the mean time I've been tickling along with Cassandra.

Most of what I had been doing was tightening up parts of the model, but the more I fix, the more I see right now. So I'm going to need to stop "progress" shortly and tidy up the bits that I have done - probably after I decide what to do to the skin, for fear of finishing areas that I then blob skin tones on by accident!

What I have done though is carry on with the metals, making some parts look kind of like chrome (I repeat, kind of...) and add a splash of colour for the helmet... 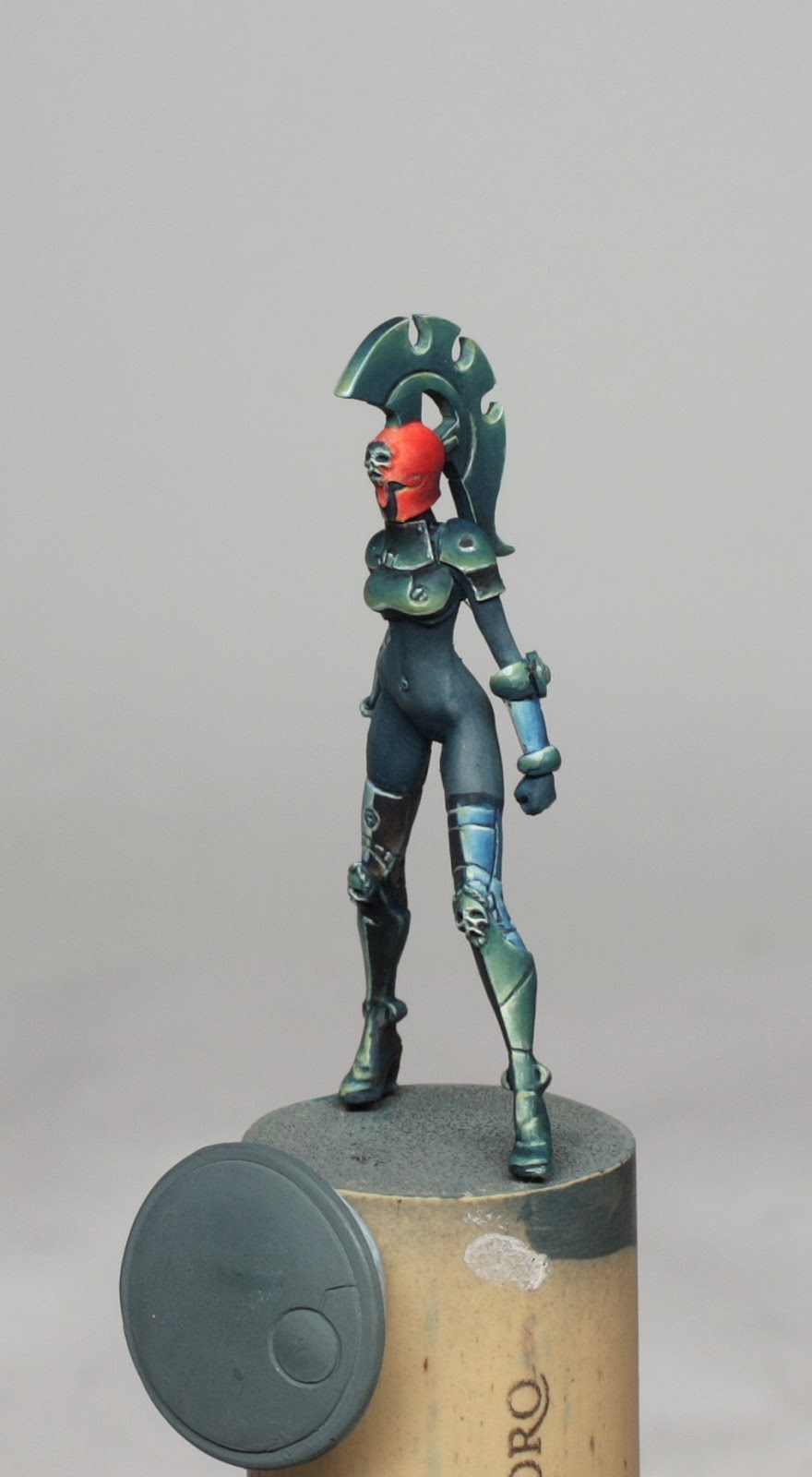 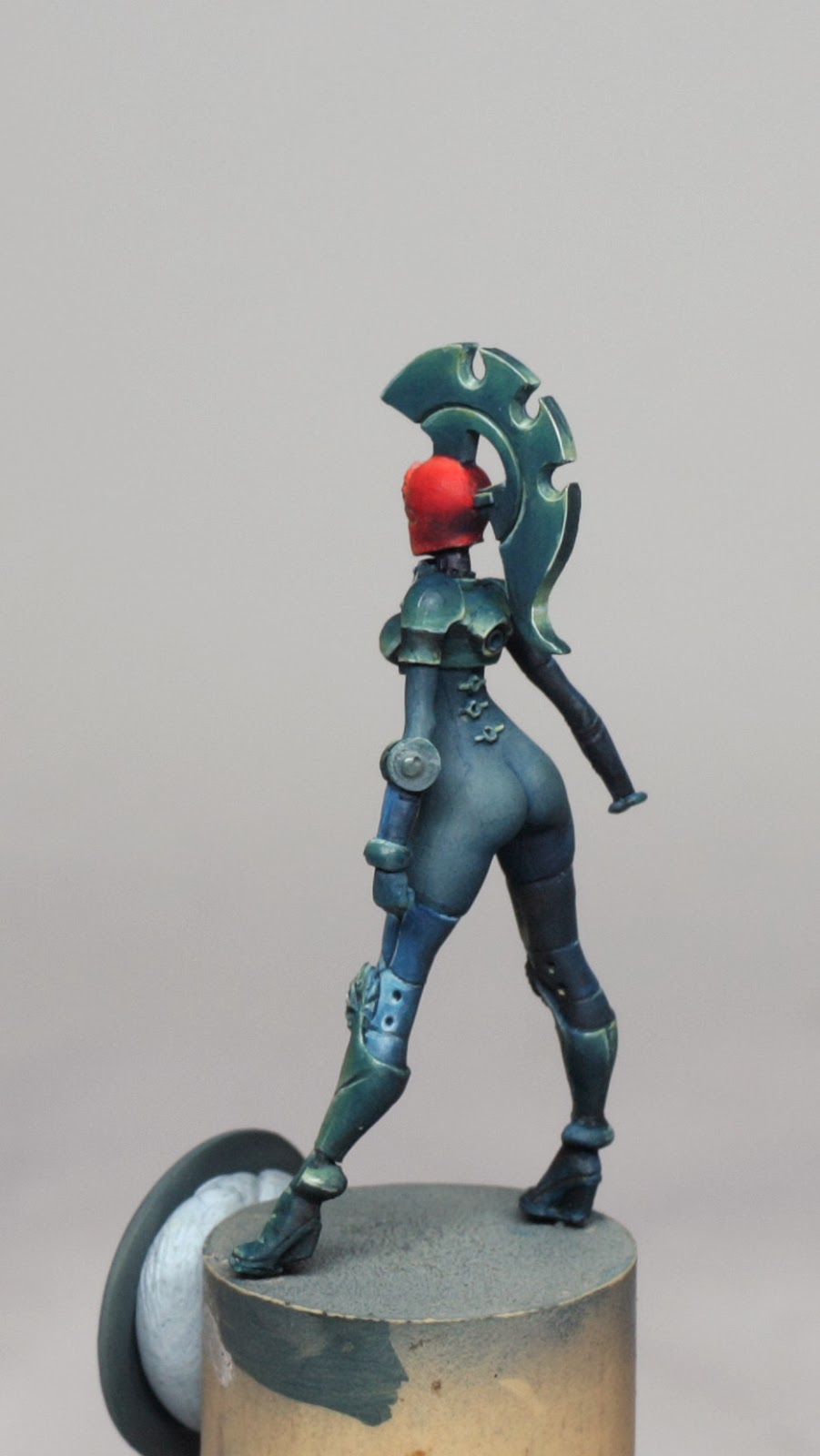 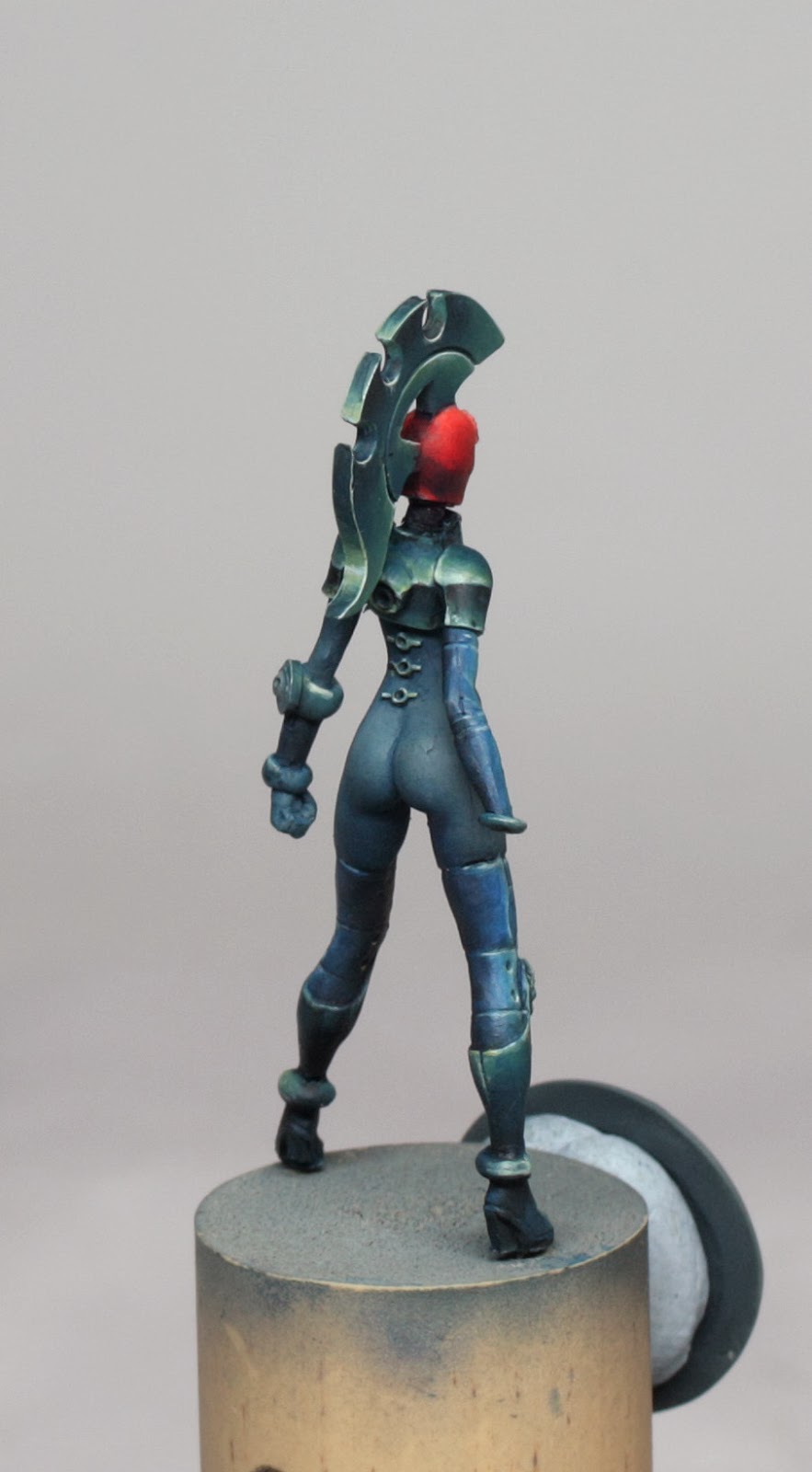 Having done this I felt that the red needed a lot more shading and I also added some neon style source lighting, but I'm not so convinced by that at the moment - it will definitely need some fixing up.
However, more progressively I have decided upon the design for her shield. A bit of Google-fu on Hoplites and Ancient Greek shields tended to throw up the same images repeatedly, most of which just weren't suitable for what I wanted to do, particularly as I wanted to somehow incorporate the circle which is on one side of the shield.
A lot of versions of Cassandra that I have seen have erred towards Giger, which is fine as she is a cyborg lady. :)
For me, I was looking at Tron, which is a Disney product, and somehow in the midst of my Googling, I was reminded of another Disney product... Finding Nemo! lol!
And in one scene of the film there is a big scary angler fish that nearly eats Marlin and Dory...

And so, the brain started to play join the dots -> Tron style glowing model + Glowing fish with big eye = A quick sketch and this design was born... 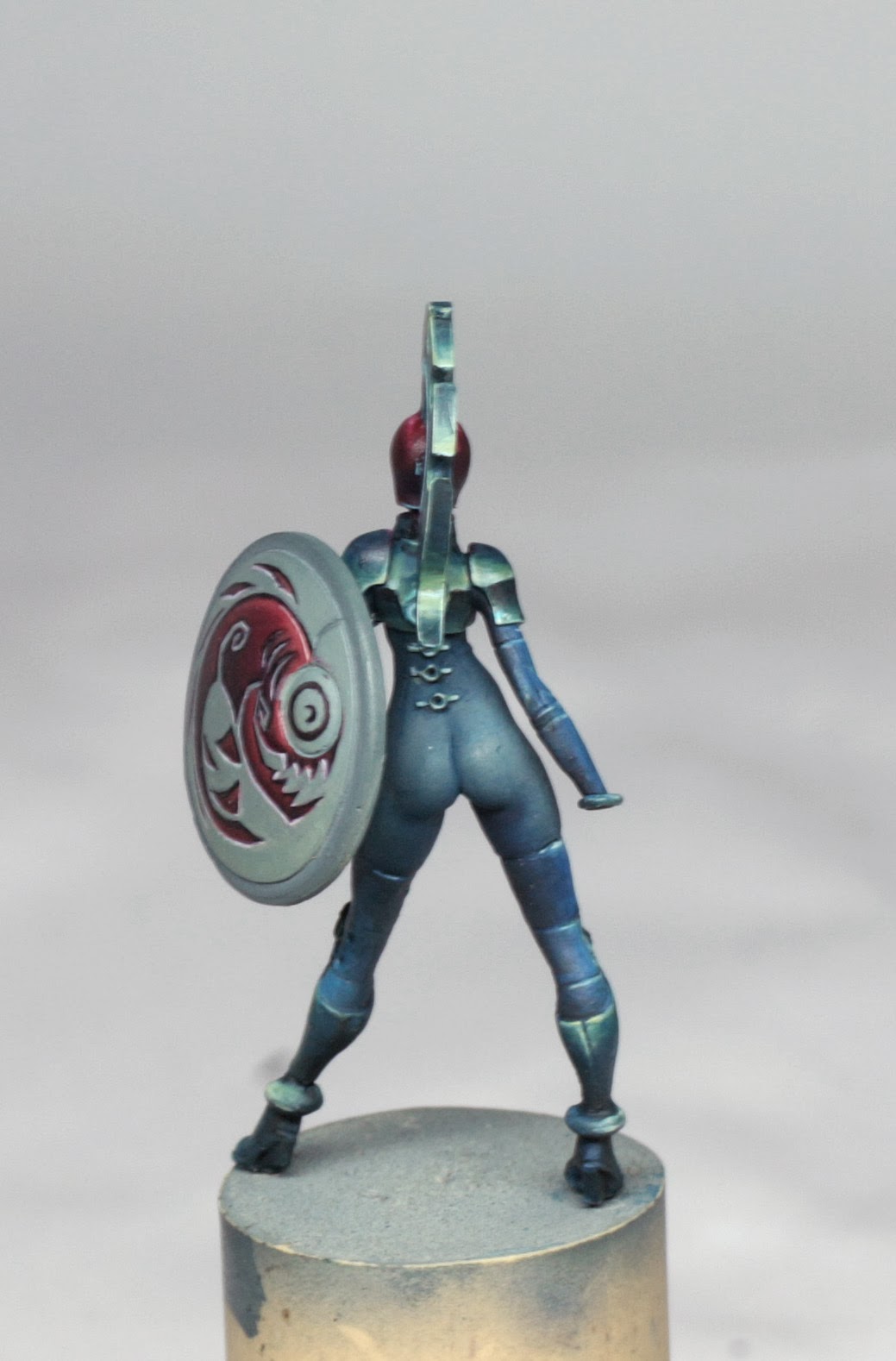 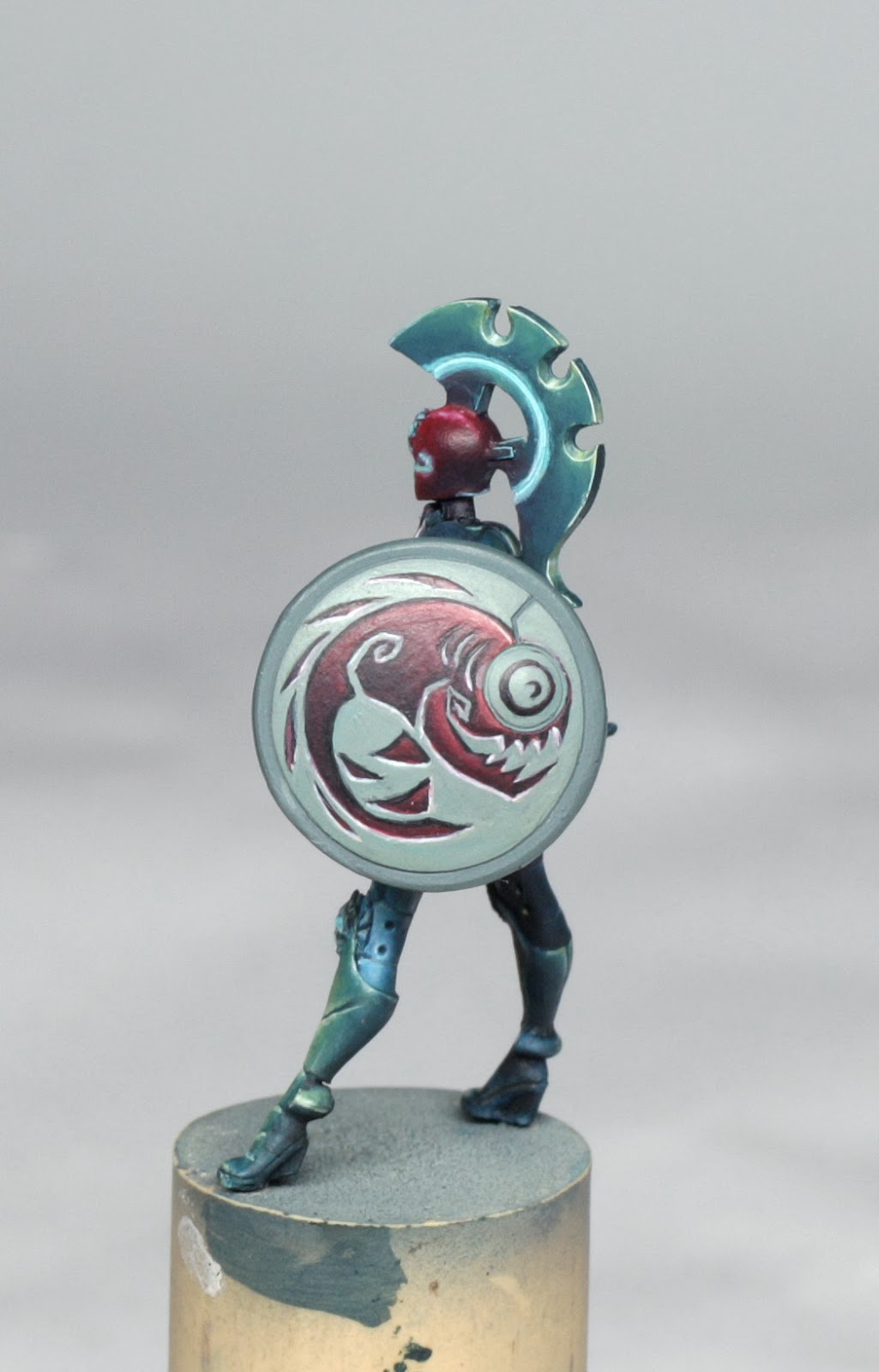 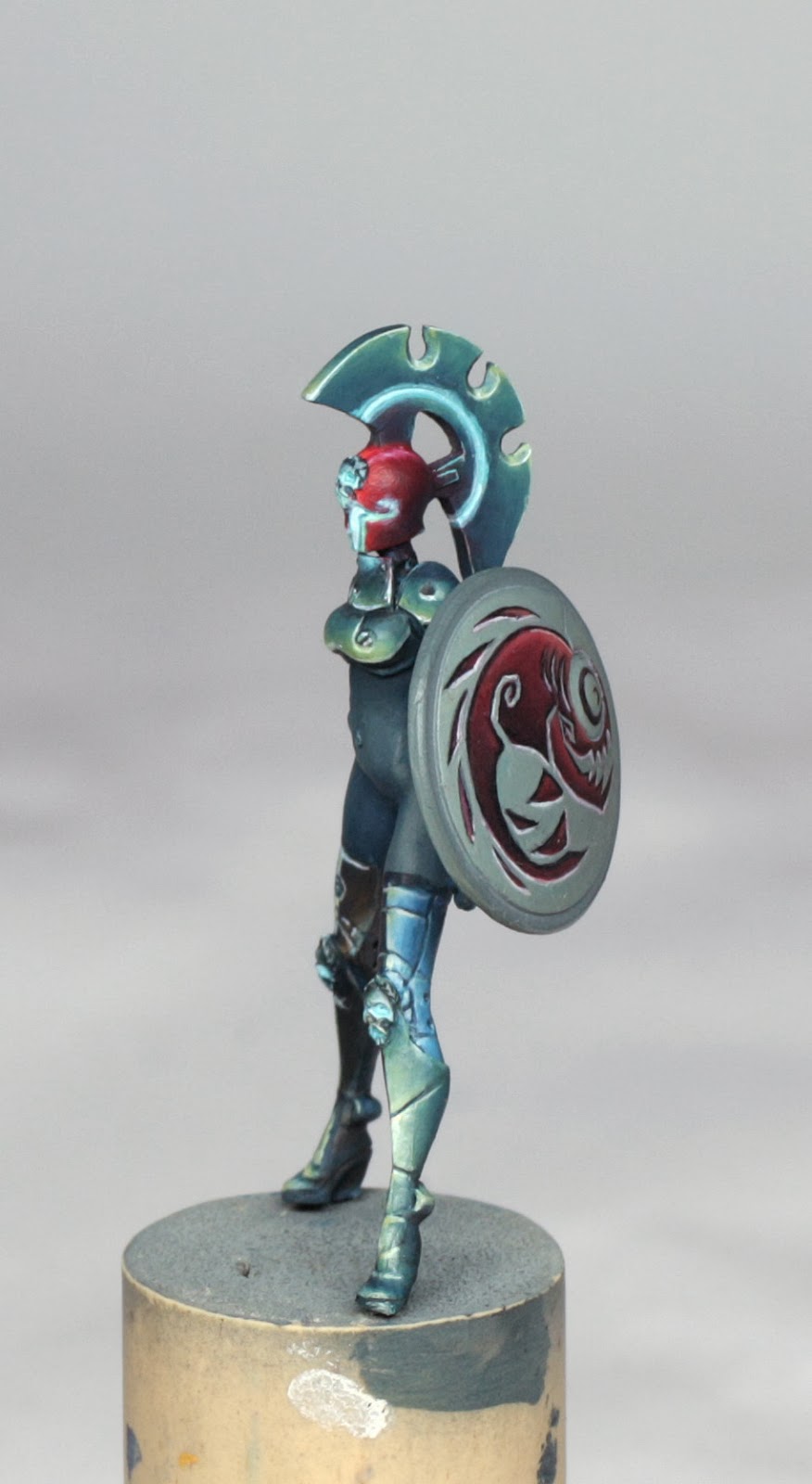 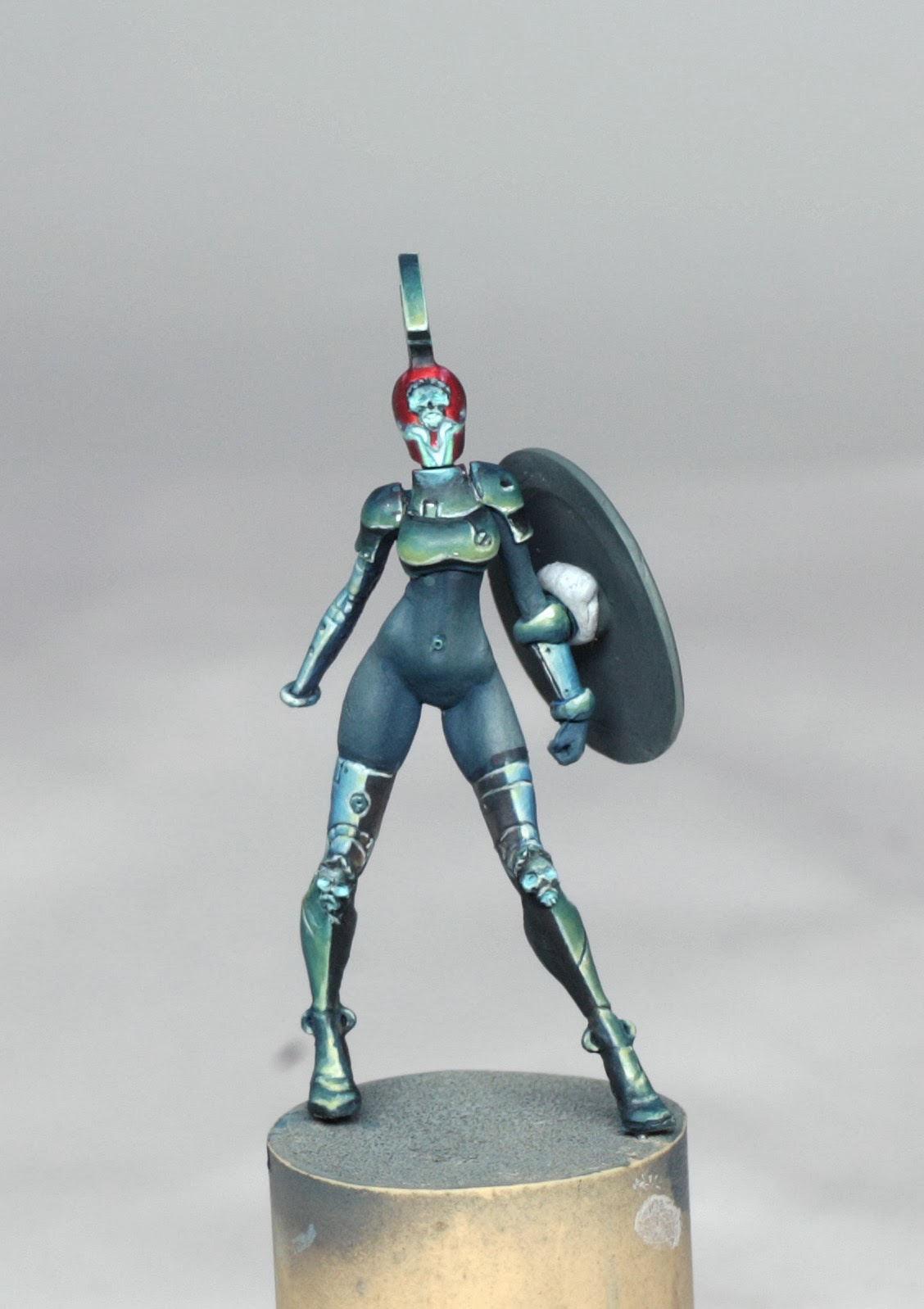 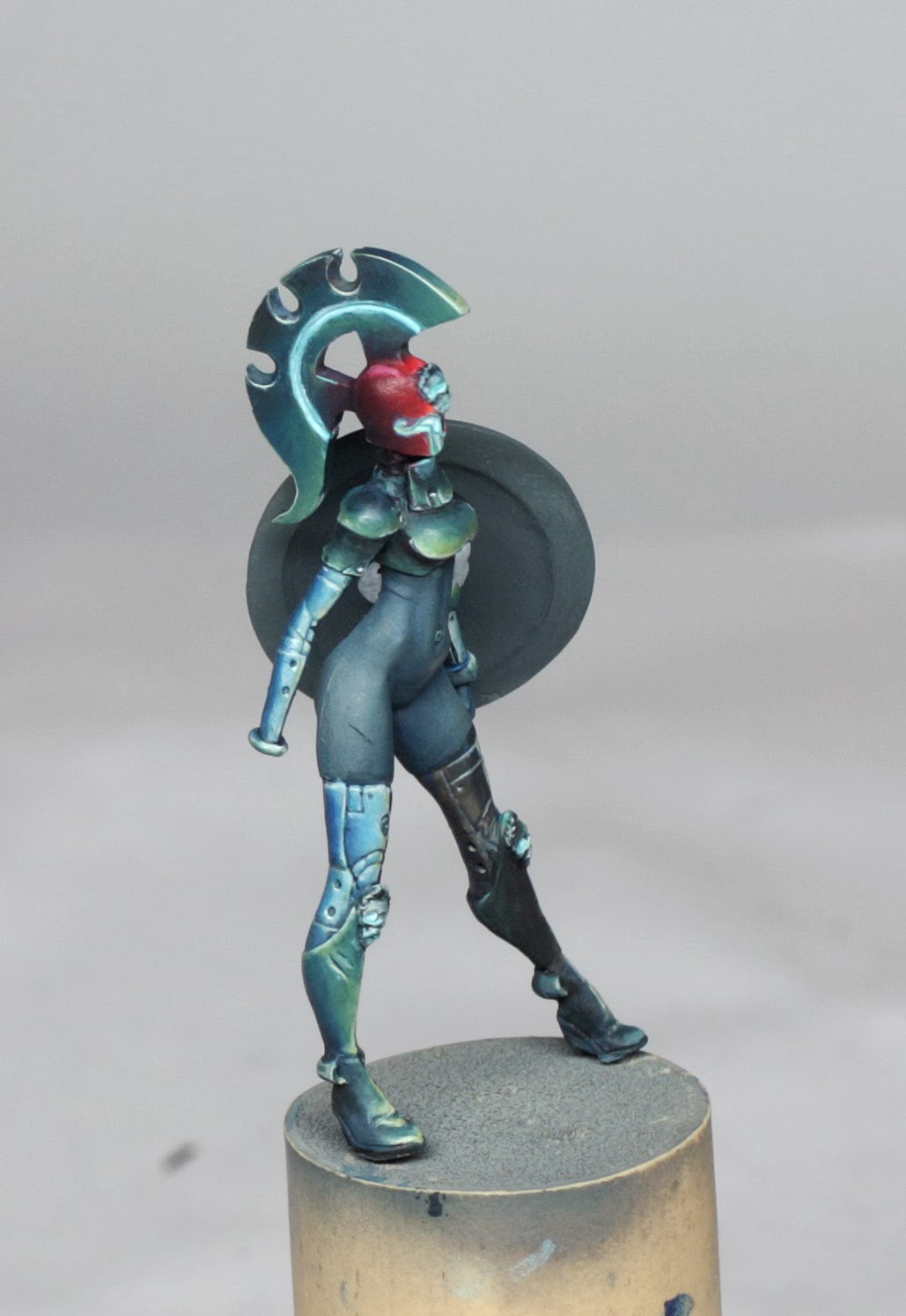 Still plenty to do with the shield yet, but the "difficult" part I am quite pleased with :)