Well, the blog makes it into double figures in terms of updates, which is nice, lol. And I haven't resorted to cat pics or llamas yet either. This is encouraging.
The first of my little run of commissions has arrived in the post today, so I had best get some models finished and clear the decks.

With this in mind, I made some real progress on Cassandra last night, working through her skin tones. The idea was to make the skin cool coloured, with plenty of subtle (and not so subtle) hints of the other colours already on the model. This involved quite a lot of glazing and adjusting of the skin colour itself as I went along. I also added a couple of cuts and scrapes to her. I think that there was one as a part of the sculpt on her hip, but that may have been me being careless in the clean up. Speaking of which, I wasn't as meticulous on the mould lines as I should have been, and now I shall need to address that. Just got to decide whether to fill them and paint them, or make a feature of them. I shall also now need to make some final decisions on the base for her. 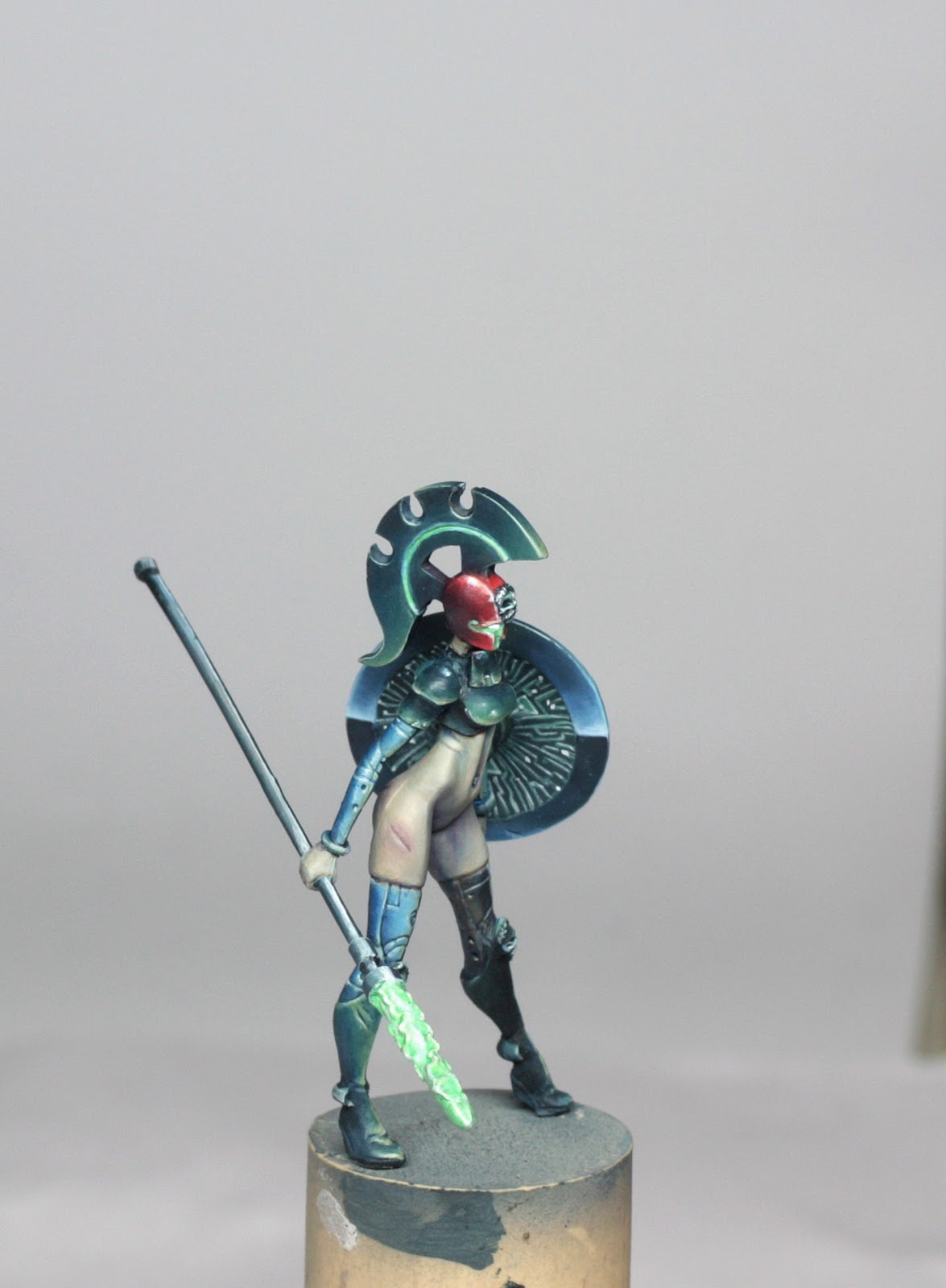 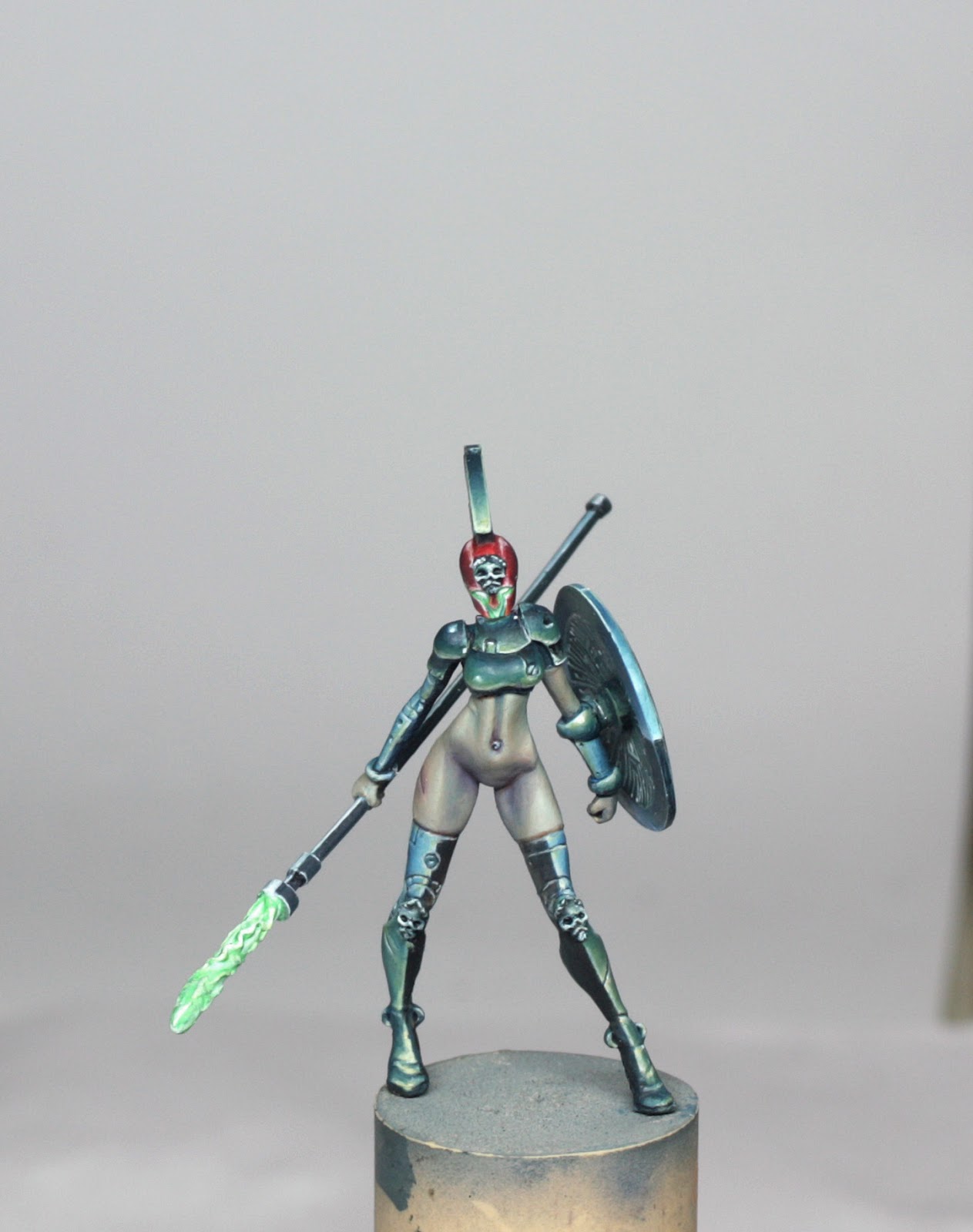 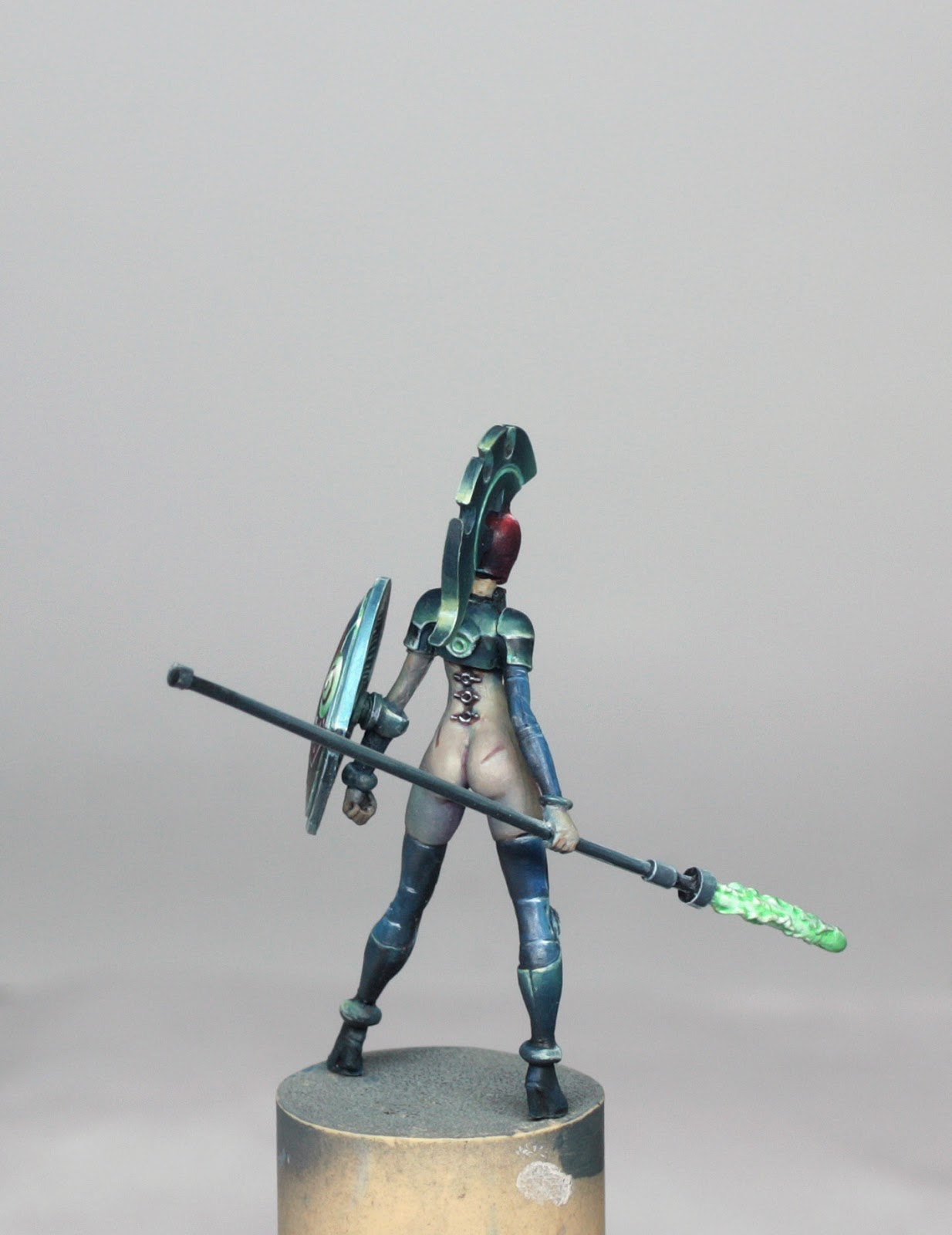 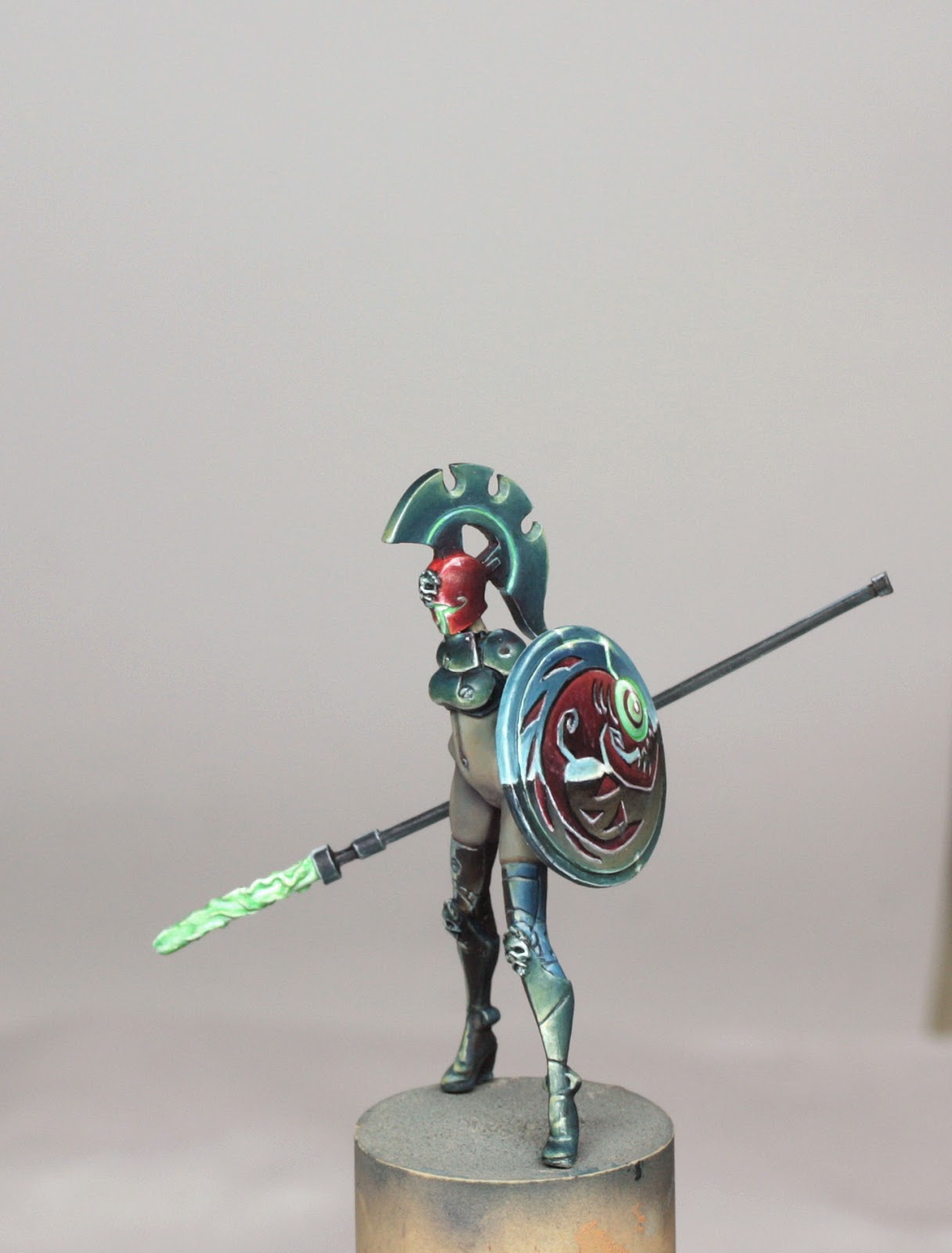