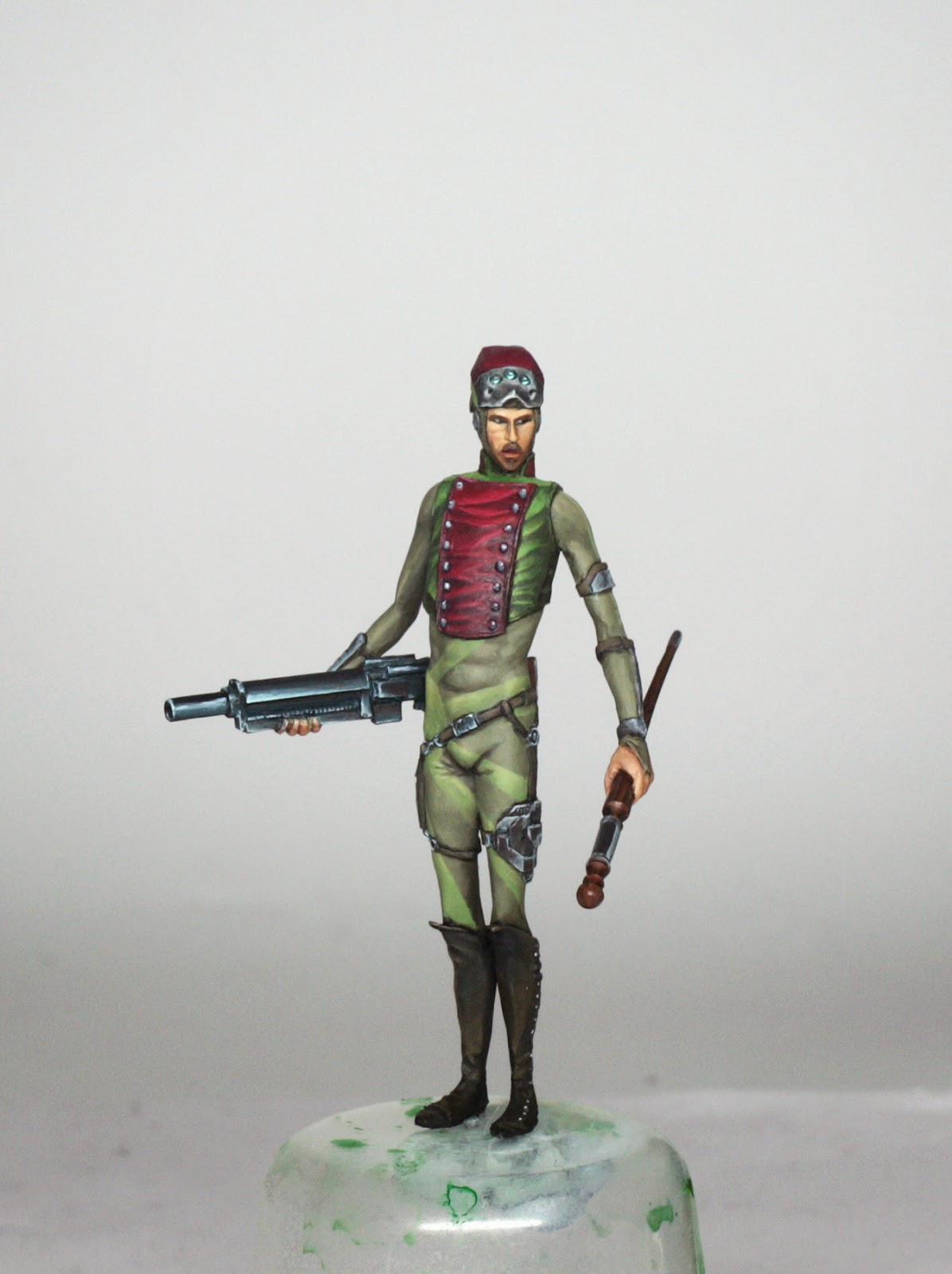 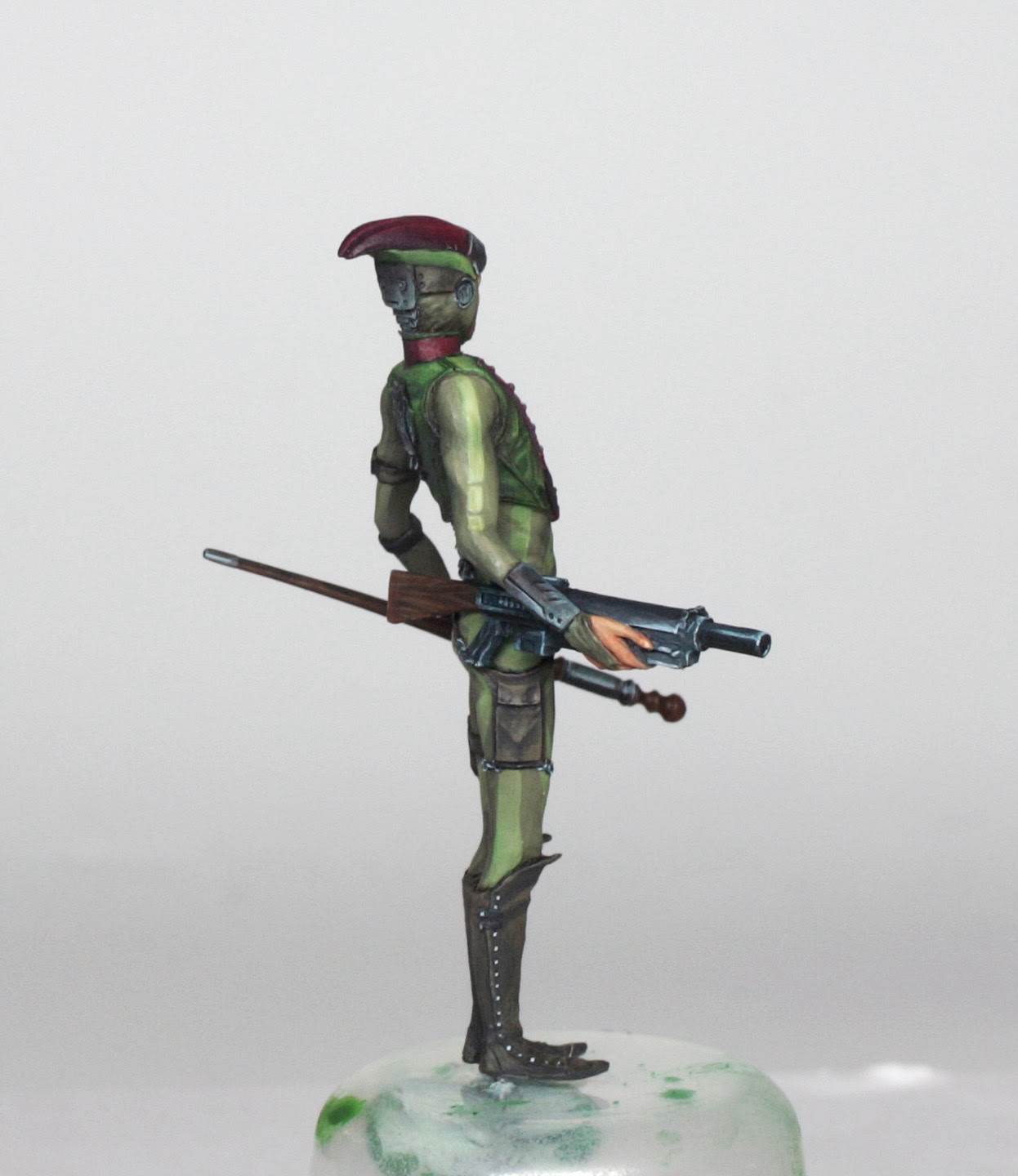 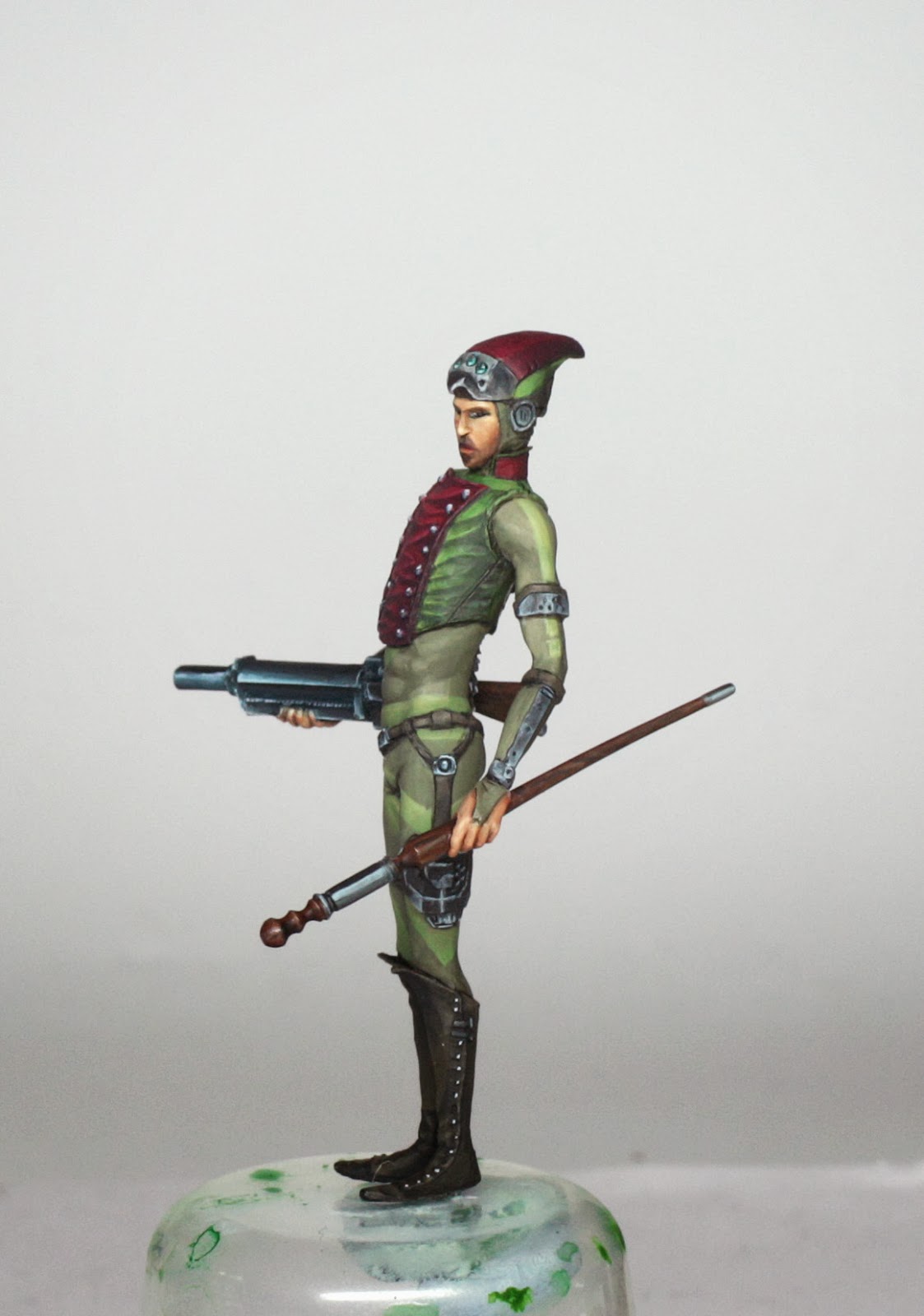 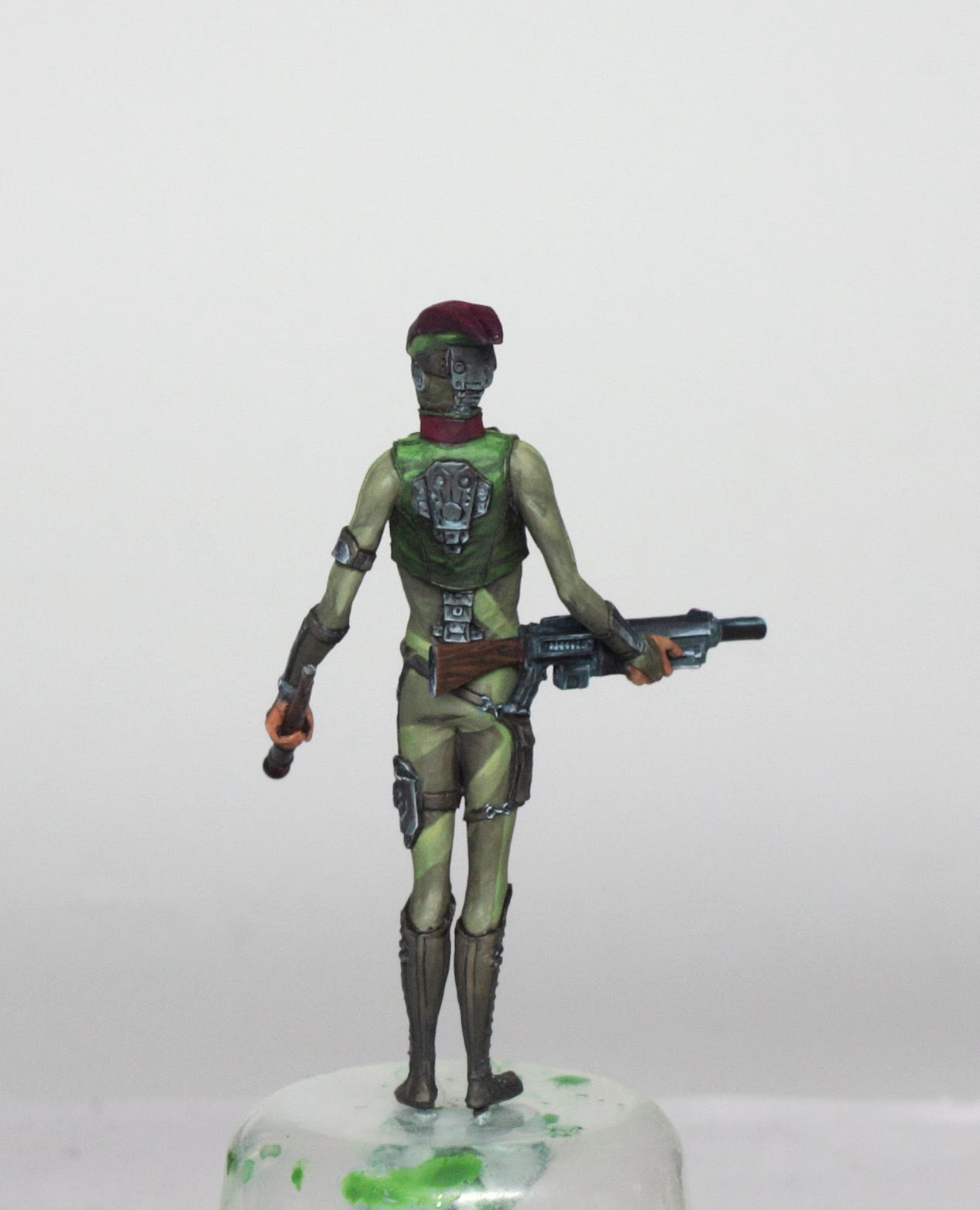 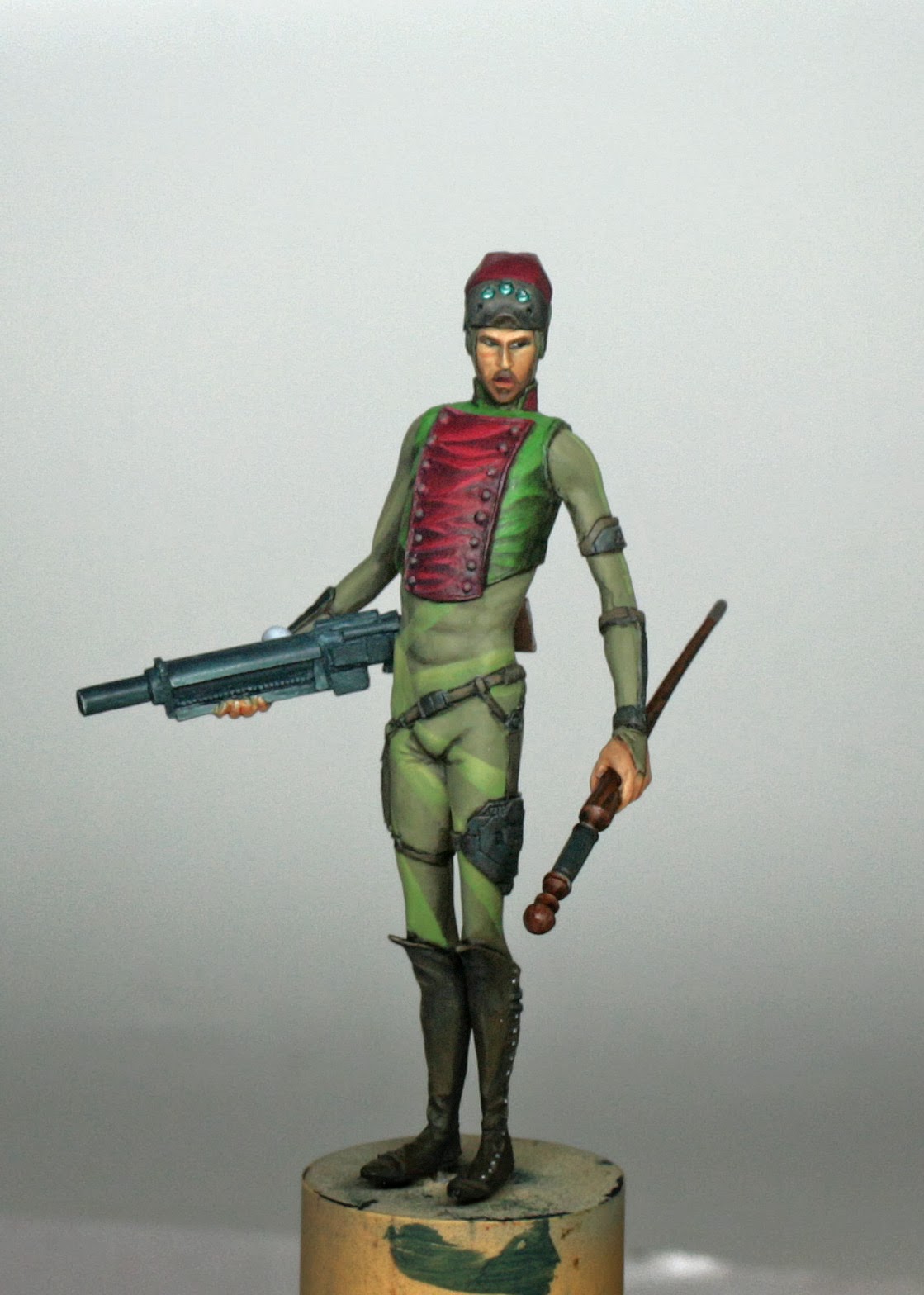 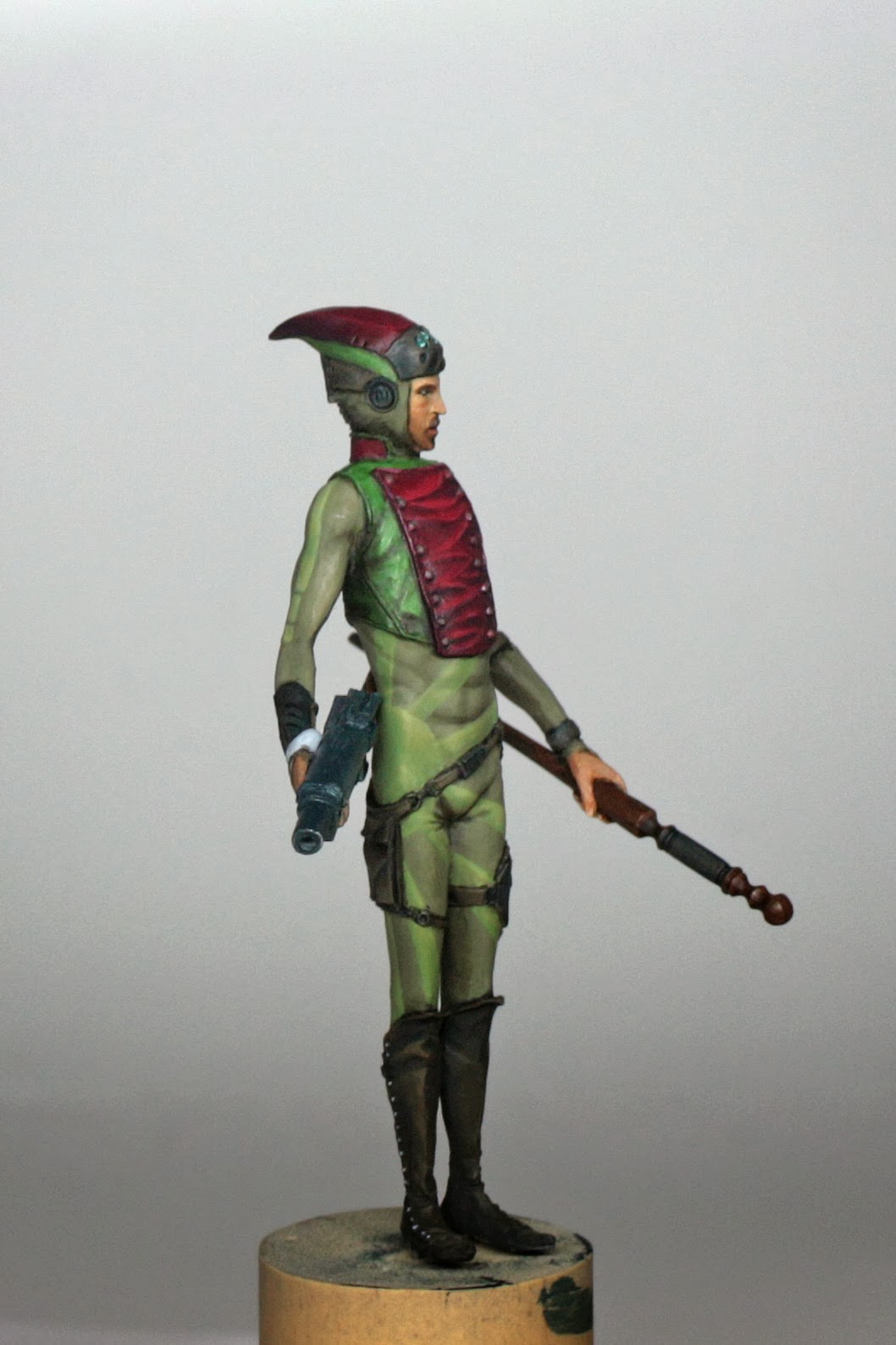 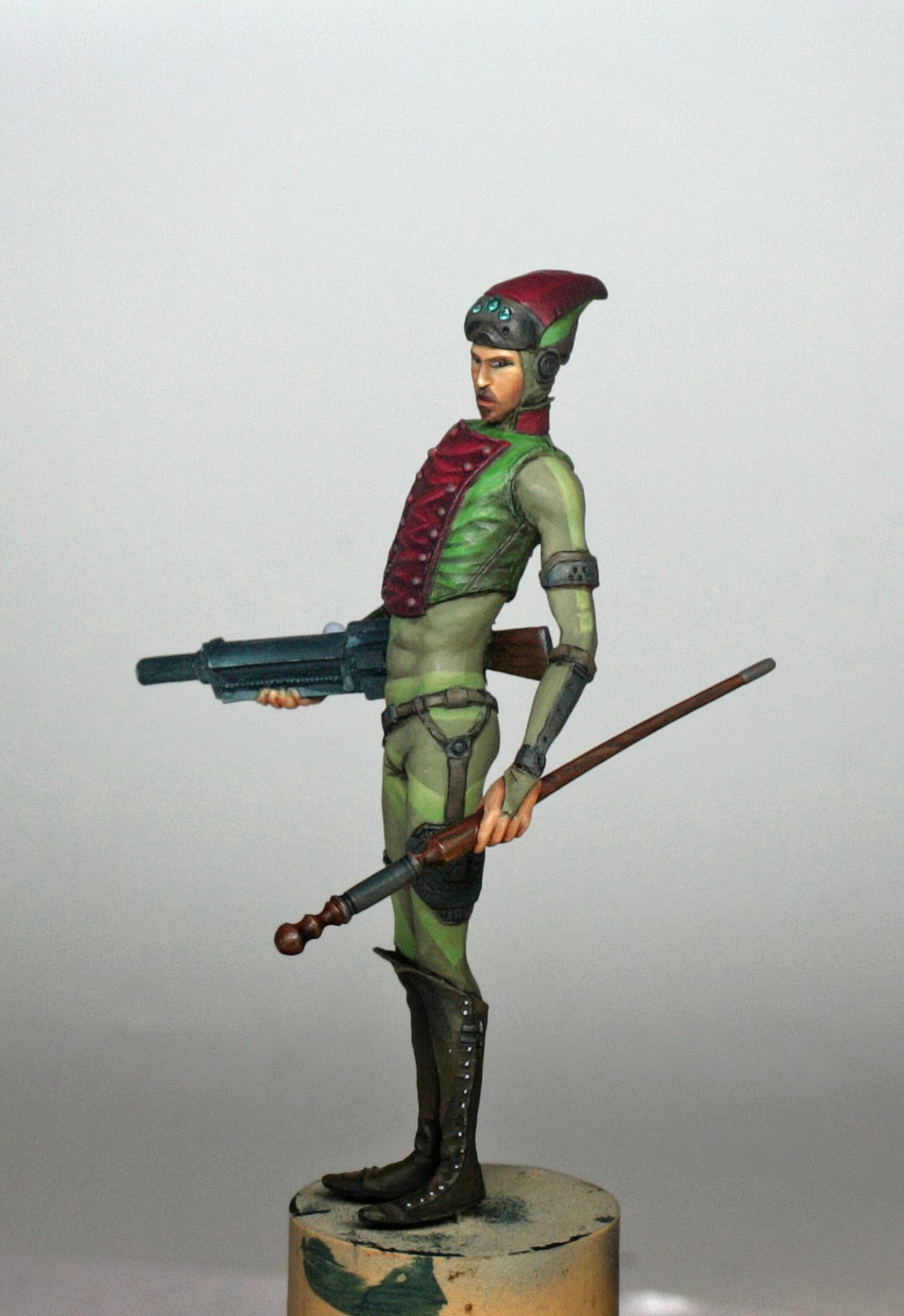 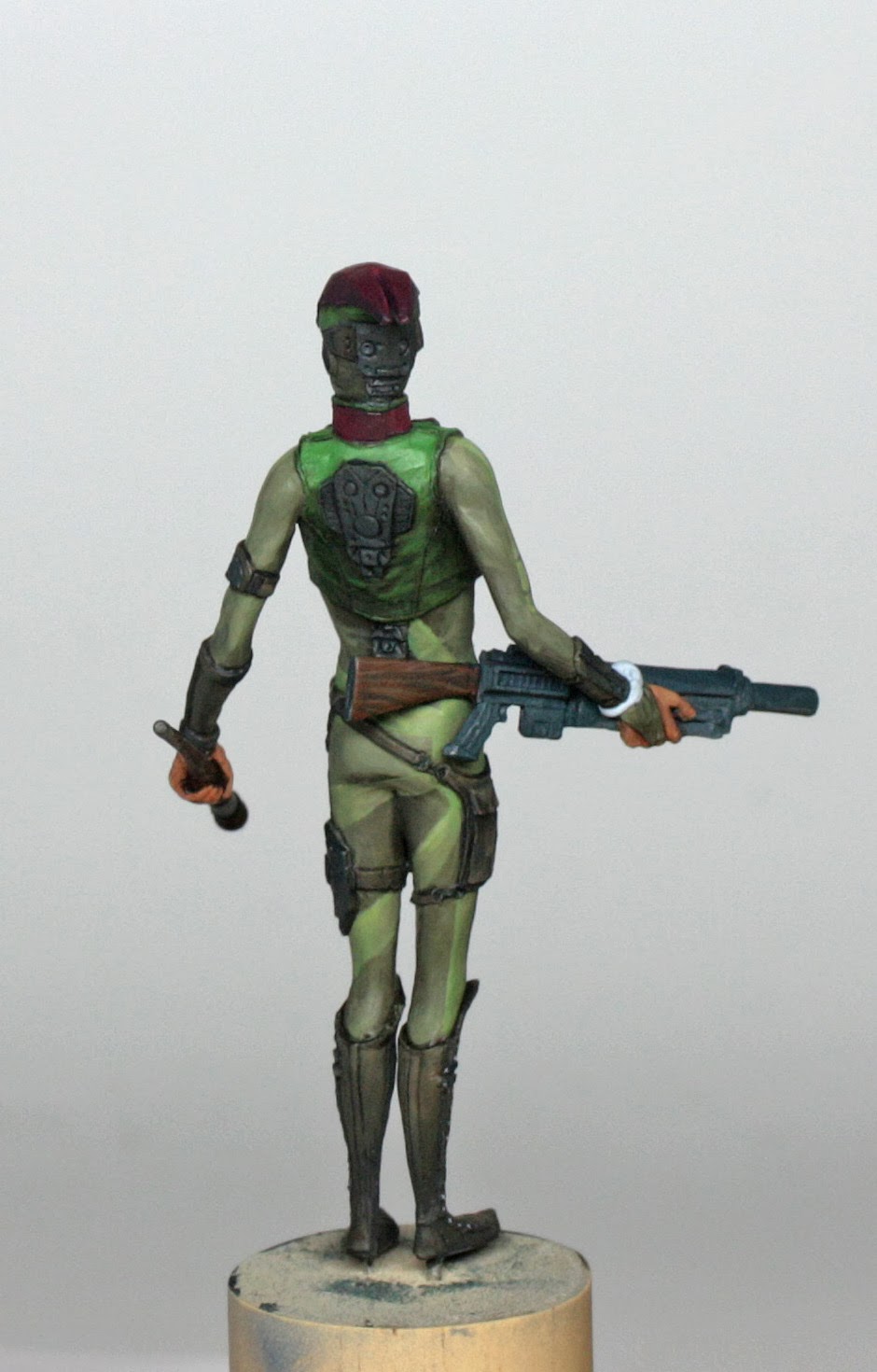 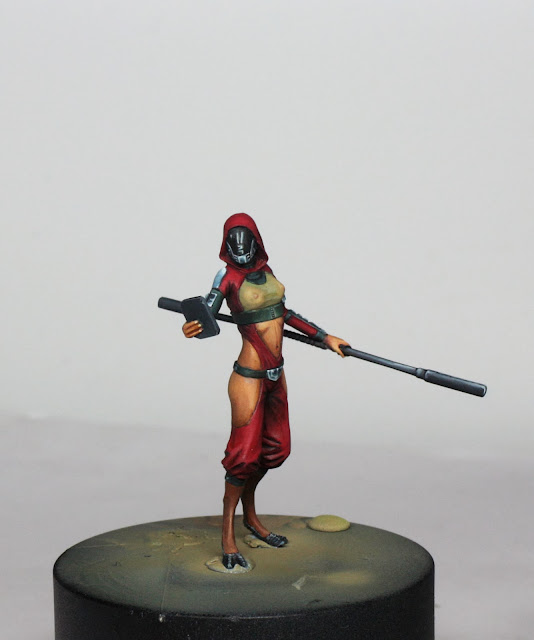 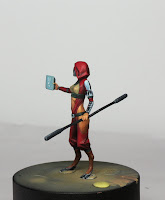 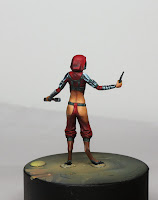 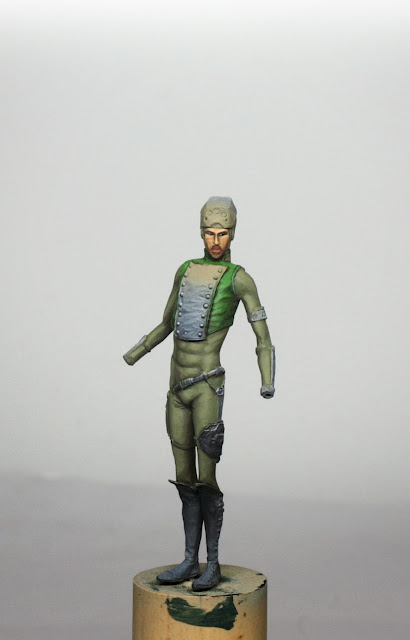 Well. From tiny acorns and all that...
I've been feeling the need to create a blog for a while now. I don't really know why specifically, as I've been an active forum member over the years. I think that the main thing is that I've reached a stage in life where I forget lots, and if I don't get it written down or typed out then it tends to just not happen or I forget how I may have done something. So, I guess that this corner of the blogosphere will help me in that regard.
What I plan to do here is share my musings on mini painting and occasionally show a model from start to finish.
My bio page has more on my background and that, so let me first say thanks for stopping by, and I'll get on with what I am doing now...

First of all, most who know me and what I like to paint will know that I have a particular affiliation for Kingdom Death. A lot of this has to do with the fact that I received a huge box of toys from Adam Poots by way of a prize for winning a competition on Wamp with my take on the Twilight Knight Pinup, but I mentioned in my fave companies area that I have been a fan since day one too. When I received my prize shortly after the successful Kickstarter campaign for Kingdom Death:Monster, the wife told me that I clearly had "enough" models now. It was a hard position to argue that there is no such thing as "enough", but the sheer quantity of models which had never seen the light of day at that point in the box meant that I had a pretty rich vein to mine for a while, and my spending on models has been drastically reduced. I do still buy the odd very limited piece when they become available and occasionally swap the odd model here and there with fellow enthusiasts. 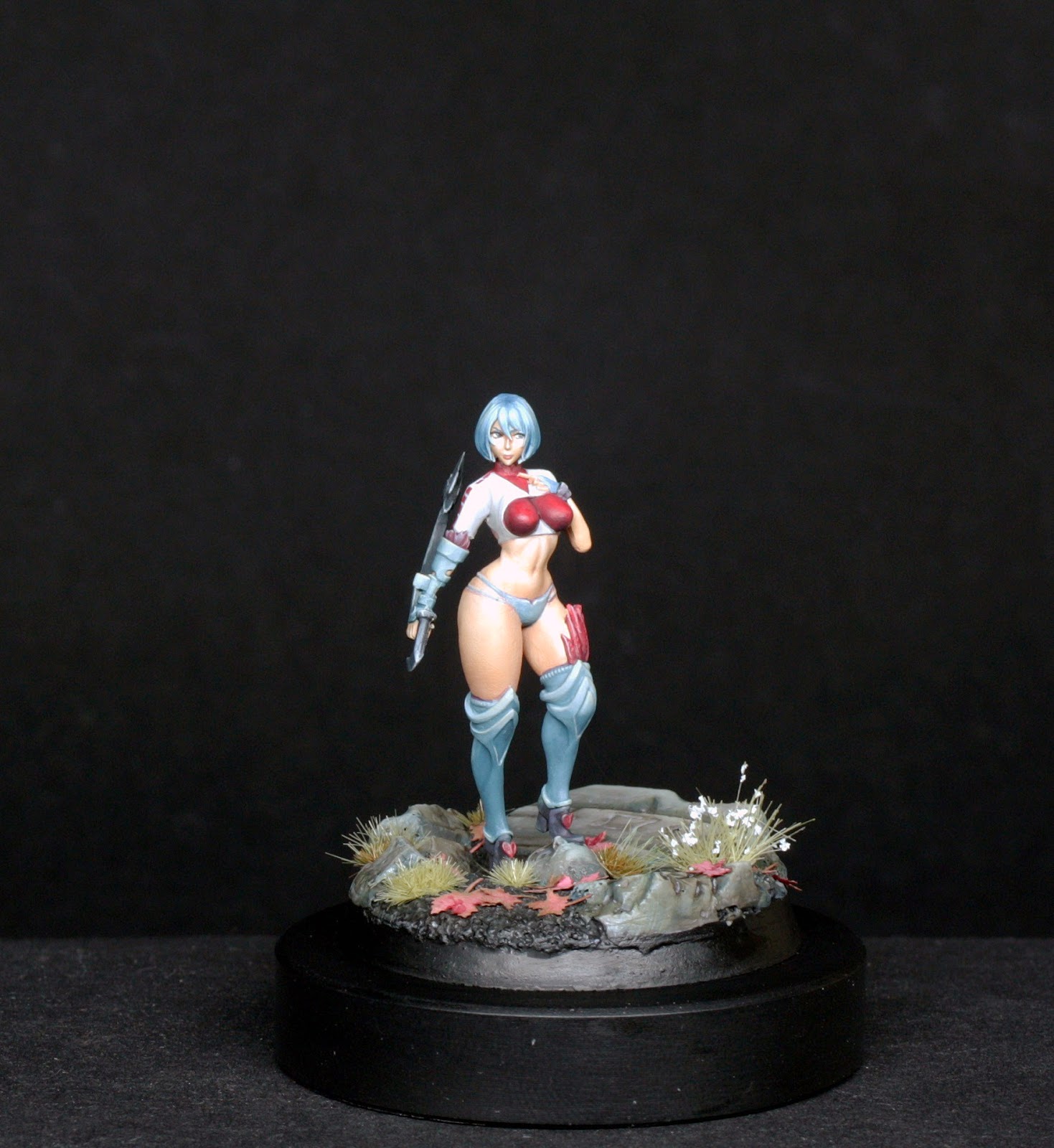 So, this leads me to a model that I have just completed, which is (unsurprisingly) a Kingdom Death sculpt called the Architect Pinup. This 37mm tall sculpt was based on an art piece by Lokman Lam that wasn't originally commissioned for KD, but Adam liked it enough to ask for the permission to sculpt it. The sculpt was created by KD's main go to guy for digital sculpting, Jon-Troy Nickel, aka Hazardous Arts, who is responsible for many of Kingdom Death's sculpts, especially the Pinups, including the aforementioned Twilight Knight pinup, so expect more of his work to be seen here, or already sat in my galleries on CMON and/or P&P. 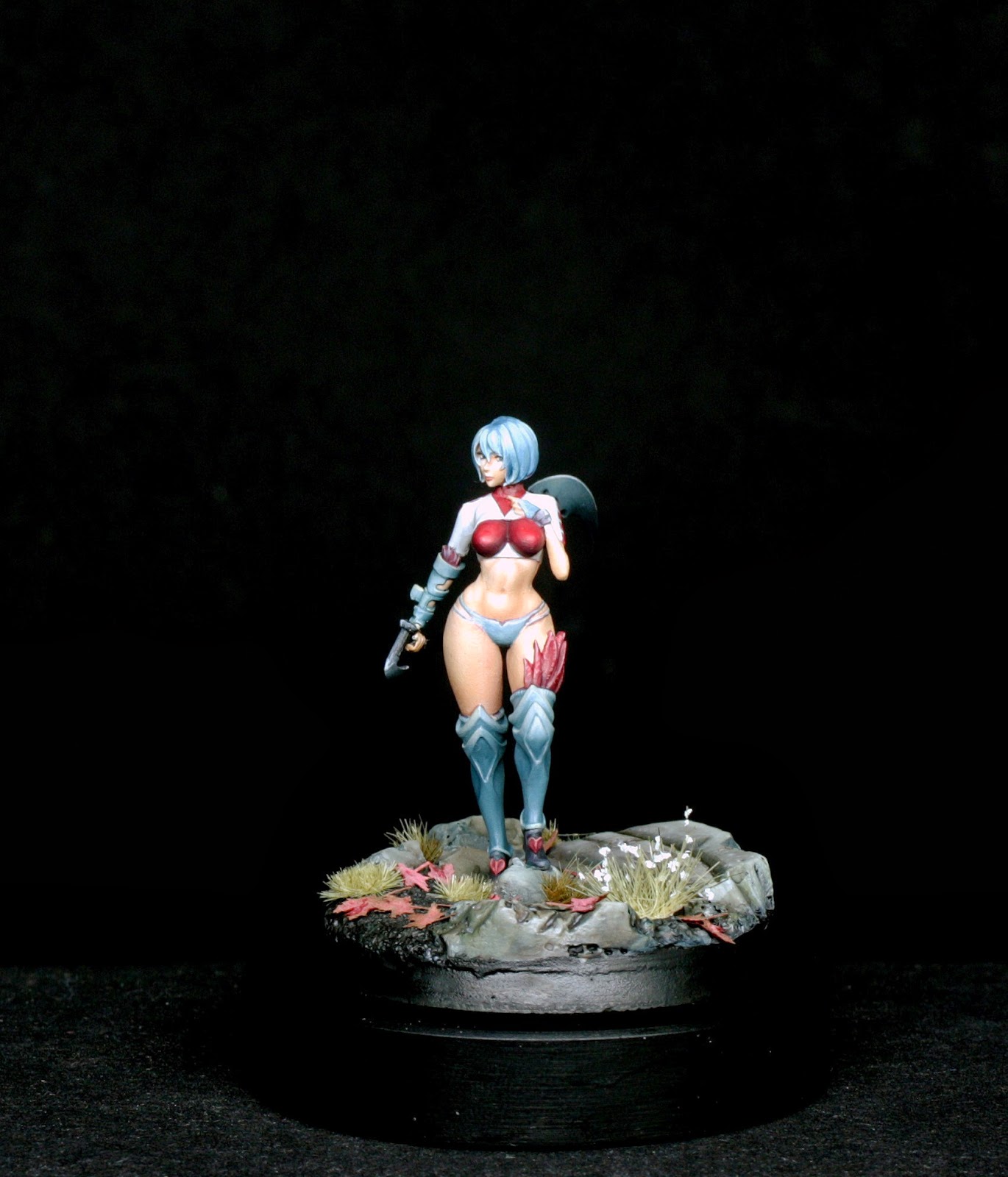 The Architect Pinup was sculpted in two optional configurations - the first is as per the concept art with a cape and face mask/helmet, the second has neither cape nor head - and on this occasion I decided to have a go at the second version. I also wanted the model to look unlike the dark look of the majority of the KD range, and I felt that she had quite an Anime feel about her.
So I set about giving her quite a bold red/white/blue colour scheme. The blue is really a pale teal, but I felt that would complement the stronger red quite nicely.
I didn't want to make a big feature of the curved bladed weapon in her hand, so I deliberately muted the colours there (which seems to be a common thing with a lot of the anime pictures that I looked at when planning this scheme. 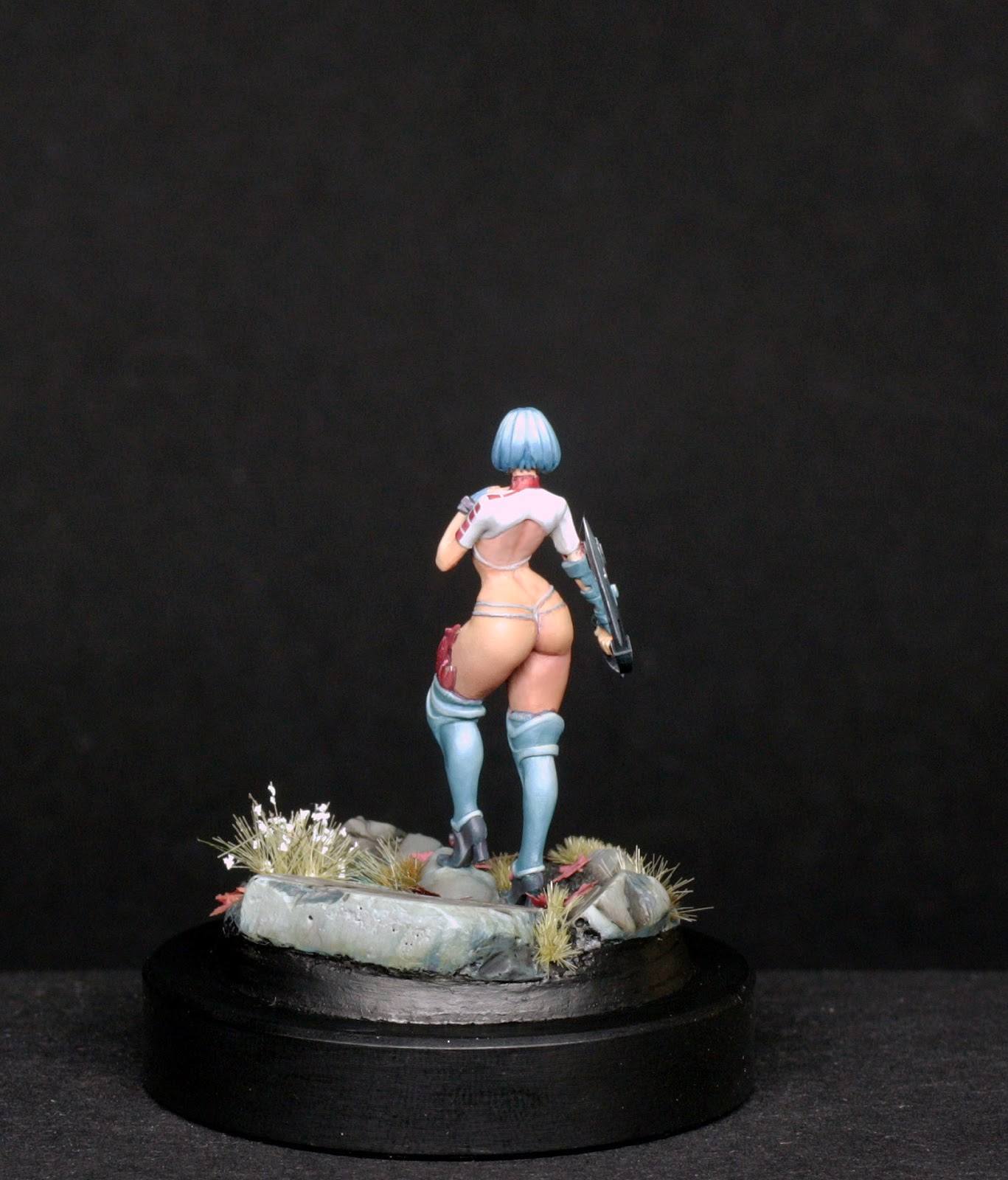 I am currently getting to grips with my first airbrush too, an Iwata Neo, so I used that to lay down the skin tones at the beginning, then once I had tidied up the blends with glazes, the rest was all brushwork. I resisted the idea of an airbrush for a long time, thinking perhaps that it was somehow cheating, or encouraging me to not improve my skills and use the airbrush as some kind of crutch. However, I have quickly realised that it is a great tool that allows me to get a lot of the donkey work out of the way and concentrate on the details with my regular brush. I definitely have a LONG way to go until I master it though because it is another new skillset entirely to using a conventional brush - and learn not to break bits which look tiny and turn out to be rather expensive to replace! - but it is something which has already helped to speed up my painting and allows me to approach more than one model at once without losing enthusiasm, which I always struggled with in the past. I also hope to use it to be able to work on larger scale models in the future, and have already made my first little forays into this with a previous couple of models, which I'll put up in some future posts. :) 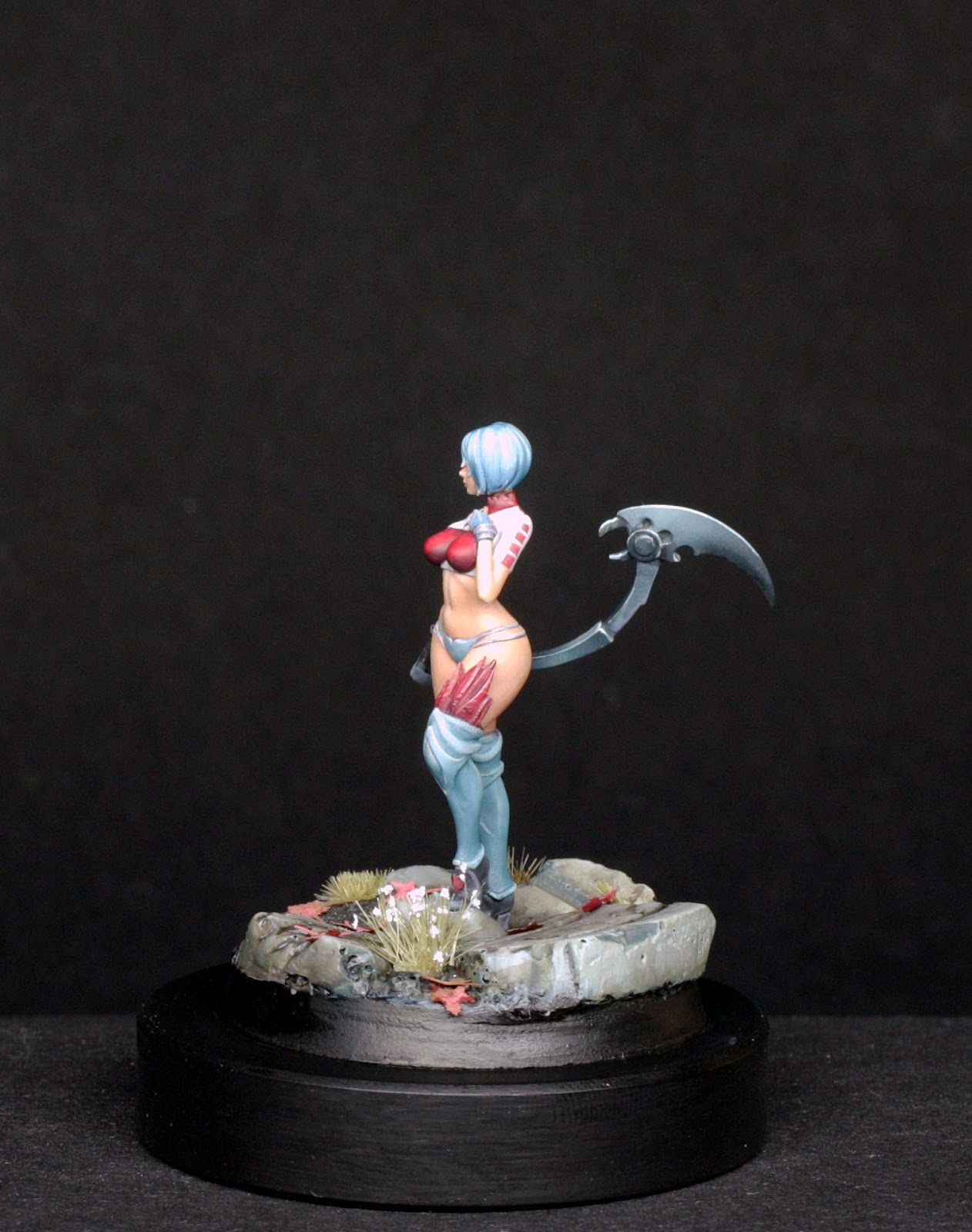 I'll get her posted up in the CMON and P&P galleries shortly, and pop links up accordingly. 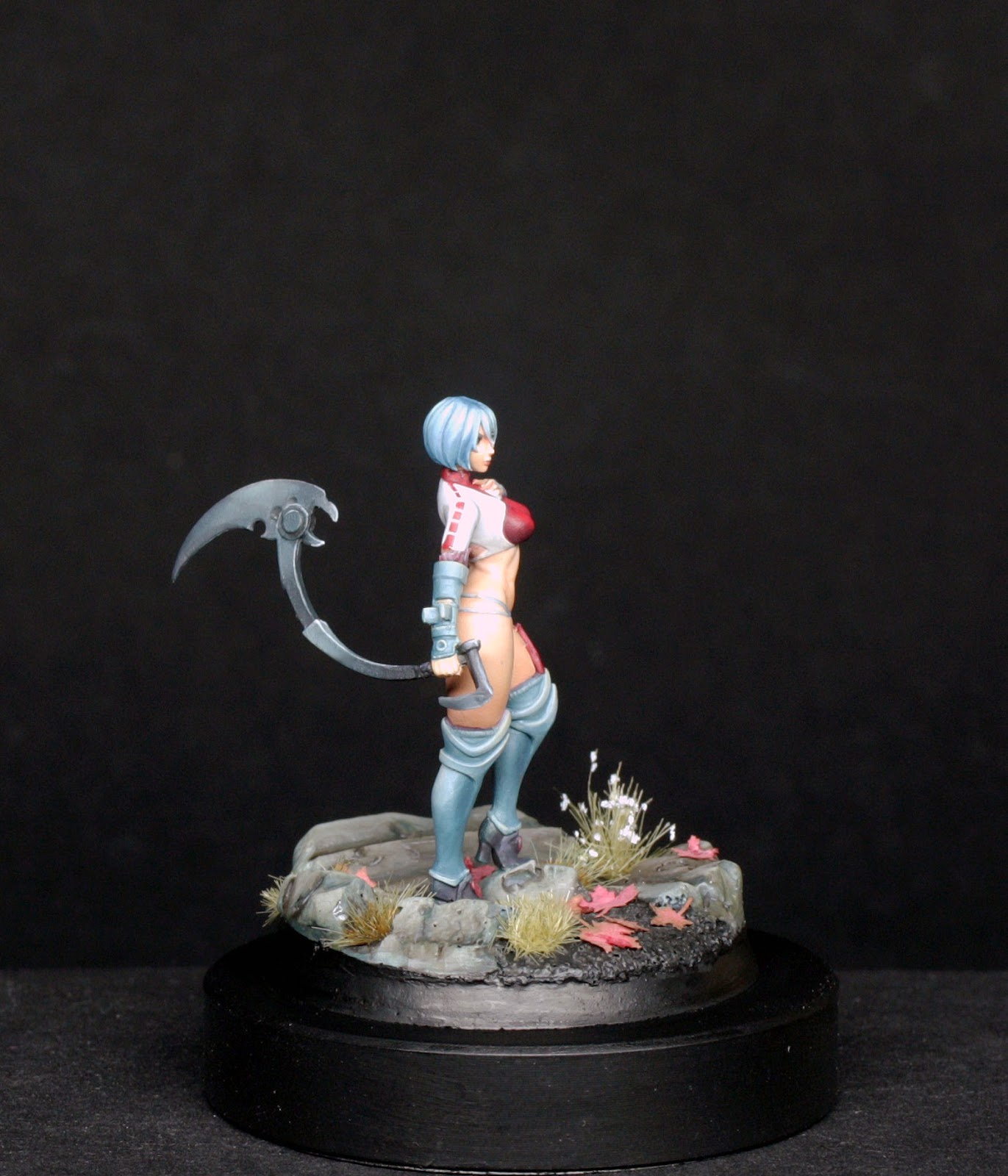