Just a little list of miniature companies (and some of my painted versions), and the odd accessory company too, that I like to waste, I mean share my cash with... 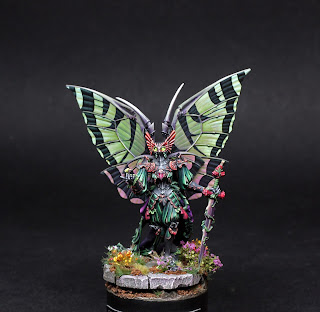 I've known Adam Poots since his first model release, and have been nothing less than staggered at how brave he was to commit to his vision for the KD world, and how pleased I am for the success it is reaping.
My painted models have been showcased with the Kickstarter scheme, and may possibly be seen in the forthcoming game book.


Hasslefree Miniatures - A brilliantly diverse range of models from the UK, sculpted almost exclusively by the equally brilliant Kev White. 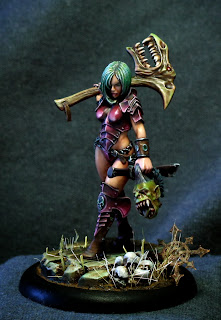 If you are looking for "that" mini for a certain situation which you just can't find elsewhere, then the chances are that Hasslefree do it! Kids in medieval clothes wielding wooden swords? - easy; Pugs and Great Danes with big guns? - You're not even trying; Halflings and Dwarves attired in WW1 uniforms? - Yep; A fat Elvis in full gear with a revolver? - Now we're getting somewhere!
A superb, inexpensive range of minis and so many accessories that you can easily get carried away with diorama ideas, and equally some iconic sculpts that have stood the test of time. Many painters say that many of Kev's minis "paint themselves" or are "painter's minis", due to their uncluttered style, simple construction and great areas of the models where you can go a bit wild with effects and such.
I love 'em (both the minis and the Whites), and have been known to help out at their Sales stand at Salute... ;) 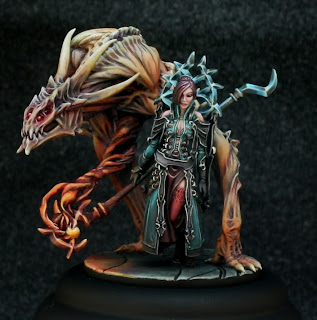 There are two distinct ranges to this company. The first is their boutique range of stand alone resin sculpts, which I am a particular fan of, utilising some of the absolute best miniature sculptors around, and working from some fantastic concept art too (some of which was created by Ali herself).
The second range is their Sedition Wars range, part of which has been available through the store for a while, but it has also been subject to a recent Kickstarter scheme. Again, a fine range of  models, including more sculpts from Kev White, plus many others from several of the sculptors from the boutique range.
Mike and Ali are two of the nicest and most inspiring people that I know. Ali's painting style in particular puts her up there as one of my personal painting heroes too, while Mike's painting from his Games Workshop days was one of the major reasons that I got into the hobby in the first place.

Statuesque Miniatures - A newer range of minis brought about by Andrew Rae. 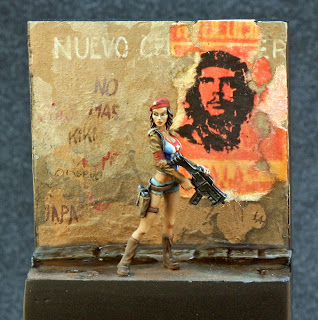 I was first made aware of Andrew's sculpting when he was more of a sculptor for hire for other companies and private commissions. His sculpting style is very recognisable, especially his female sculpts, and this is all the more impressive knowing that he recently moved over from physical sculpting to digital sculpting, yet still maintained his unique look.
A reasonably small (but ever expanding) range, but great fun to put together and paint!

A great French manufacturer of 54mm minis who specialise in twisted history type models, especially their SMOG line based on an alternative Steampunk Victorian London. Their models are unbelievably delicate, and so not for the faint of heart when it comes to assembly and painting, but the sculpts are just brilliant, as is the dark brooding back story and concept art.


Other companies of note that I've bought lots of toys from include:
The Brindie Bunch, which includes 3 companies that are each solo ventures, but they get together for the real life events and the occasional beer and spirit quaffing session...

Warploque Miniatures - Another rather talented (and prolific) sculptor, Alex Huntley, who has recently had a successful Kickstarter project called Arcworlde, which I provided a studio paint model for.
Infamy Miniatures - Another lovely Steampunk range with a twist on some Victorian era English literature, brought to us by Alex' friend and sometime landlord, James Griffiths.
JoeK Miniatures - Joe Karame's growing boutique range of models, with a forthcoming Kickstarter based on the art work of legendary fantasy artist, Paul Bonner.

Rosemary & Co. Brushes - My brush company of choice. I use their Series 22 and Series 33 Kolinsky brushes for the majority of the painting that I do.

Antenociti's Workshop - If MDP doesn't have it, then Antenociti's will, and probably a load of other stuff while you're at it! lol

Wamp Store - Store associated with the Wamp Forum and run by Mr Darklord himself. Full of toys and paints that can be hard to pick up, especially in the UK. Check it out, or Brett will slap me on the wrists... ;)

I'll be sure to add more companies as the wind blows me hither and thither, so don't be surprised if I've missed a few out. Also I've not bothered to credit Games Workshop, as I don't want a cease and desist letter telling me to take down "their" images or links to their site! ;)