Well. Apologies for not posting sooner for anyone who may have been wondering what I've been up to, but I think that I mentioned that I've been working on commission work that would become public when the client was ready. This coupled with the World Cup being on during my hobby time has meant that I've not been as prolific of late. I have in fact been quite productive and I'm moving into the later phases of the commission work, so in a few weeks I'll have more to show.

Aside from this, it has been a really busy few weeks at home and work too, with weddings, birthdays, surprise visits from my sister who lives in Australia and trips to toddler based entertainment events and amusement parks. So, again, all of this has scaled me back a bit.

With the preamble dealt with, I do have something nice to show, and I am really happy to say that I've been published again on the Kingdom Death website.

The piece is another Kingdom Death commission piece, and my first painted piece from their new hard plastic range. I've got to say that I was really very impressed with the kits for the quality of detail and faithfulness to the original resin versions of the sculpts (despite the very slight increase in size vs. the resins). The most impressive part though was the amount of thought that had gone into how the individual kits were cut up for assembly. In this particular model, I think that there was one, maybe two obvious joins on the whole model that needed any filling, and looking at the others in the set, this is carried across to the rest of the sculpts.
Like the brief on the previous piece that I did for Kingdom Death (the Architect Pinup), there is an accompanying article which can be found HERE.
The process of painting is less exhaustive in this second article, but mainly because a lot of technique chat was done in the first article and much of that need not be explained again :)

So, here is the Forsaker Pinup... 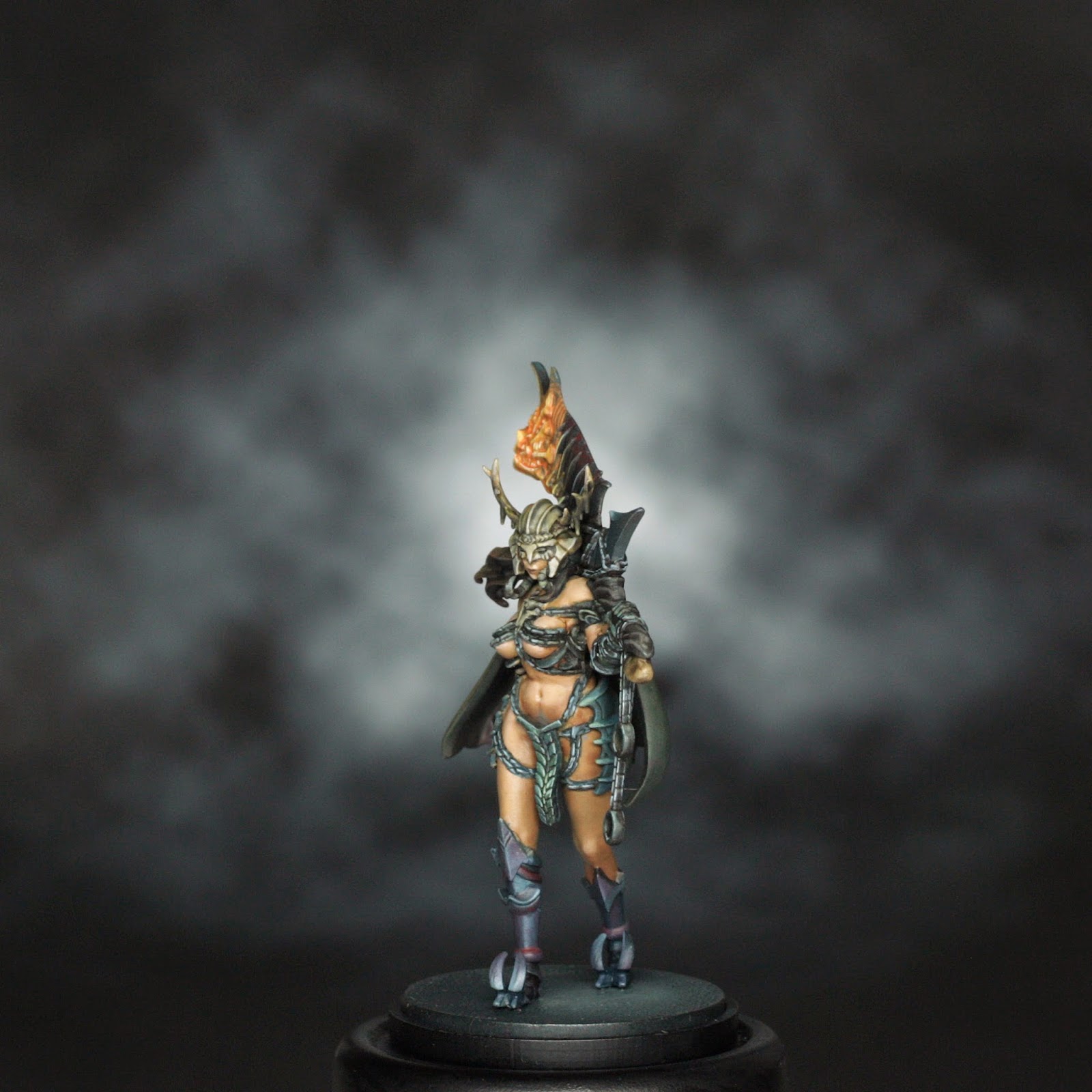 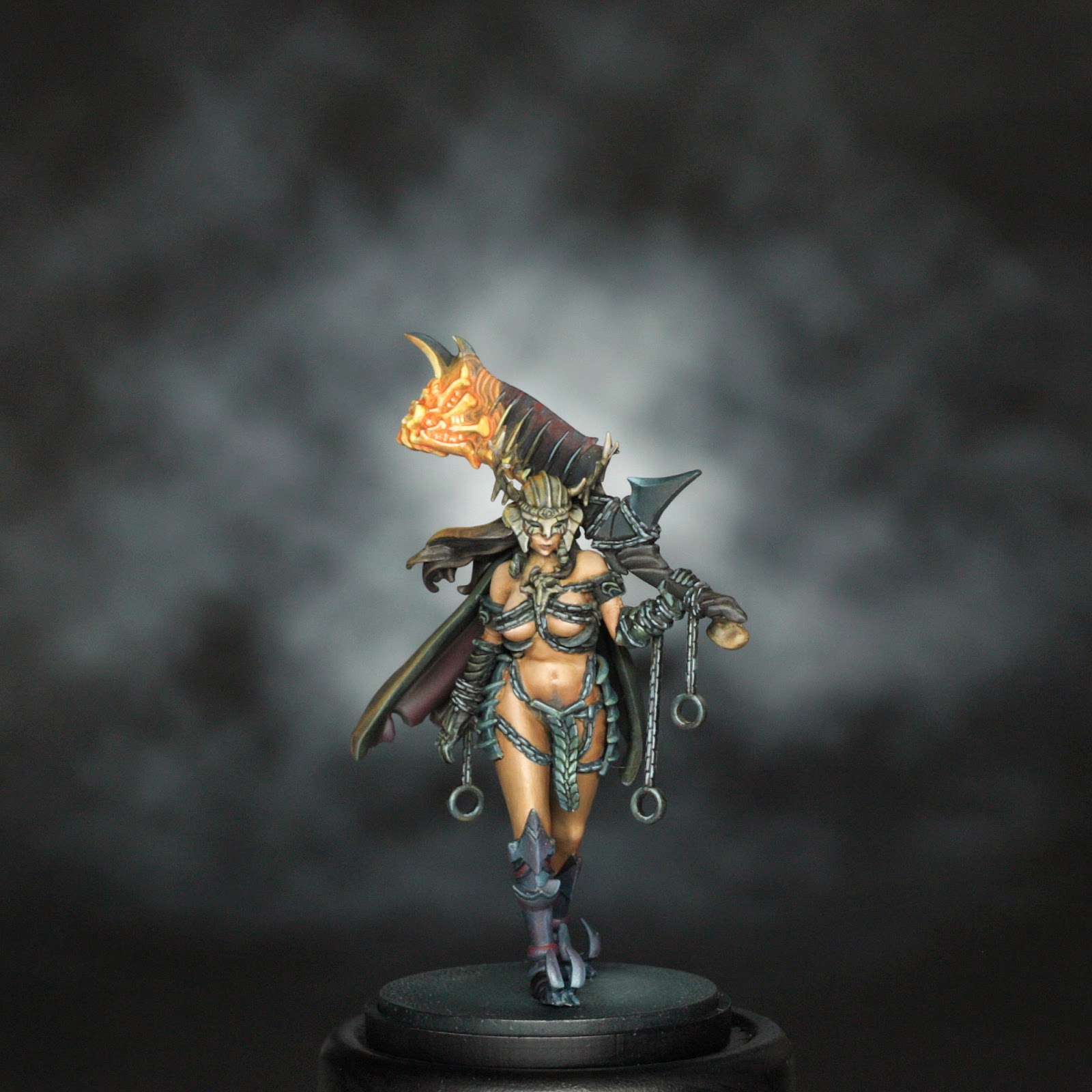 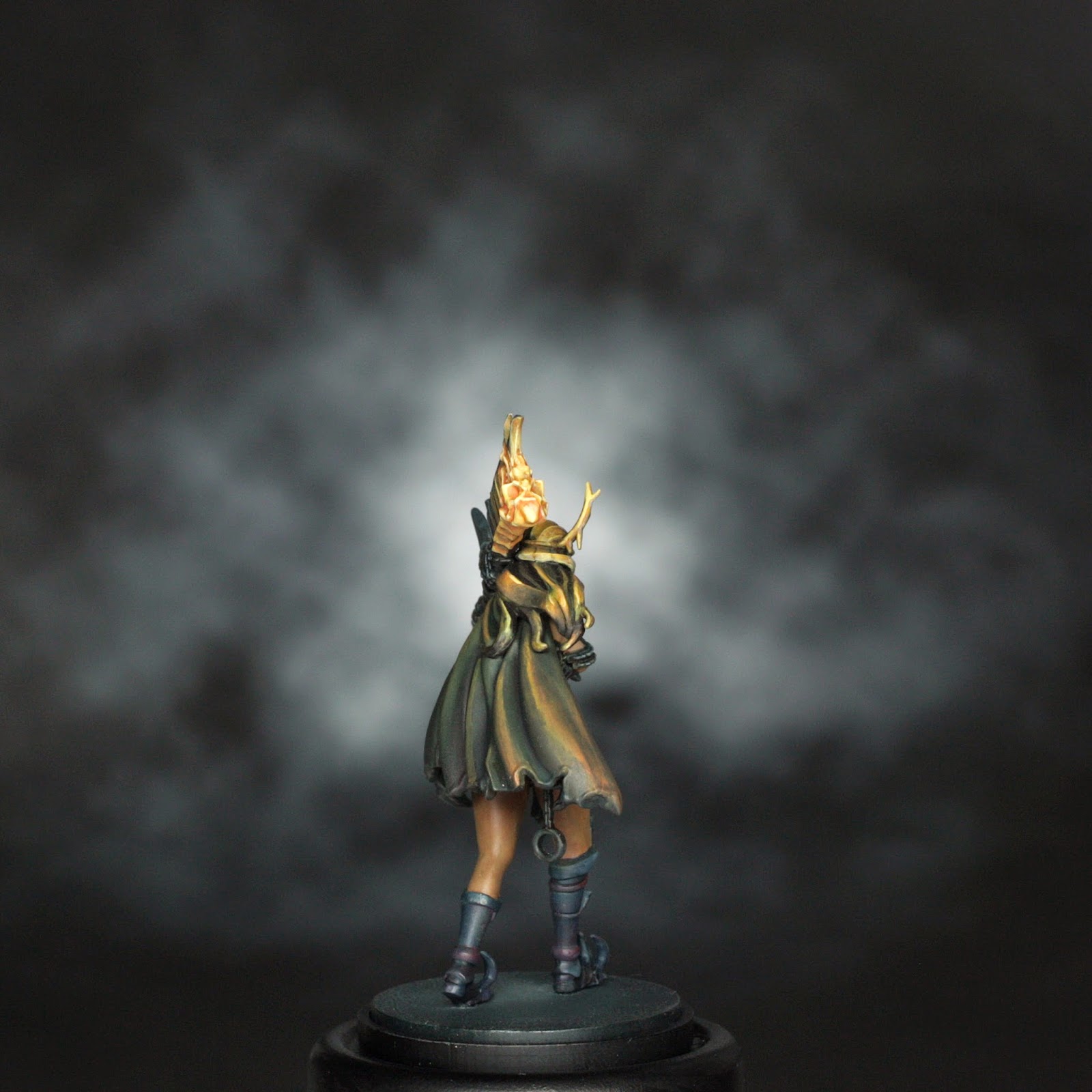 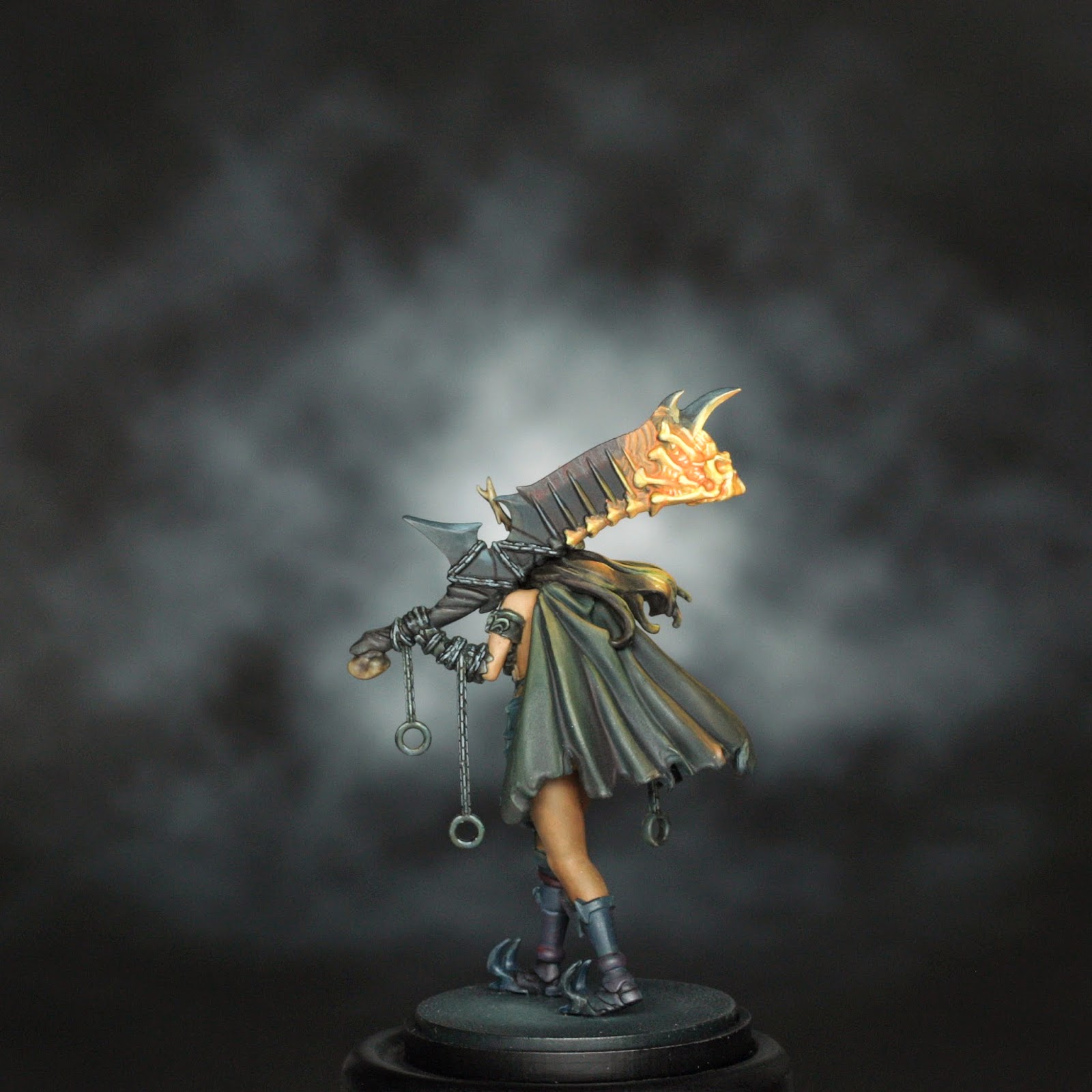 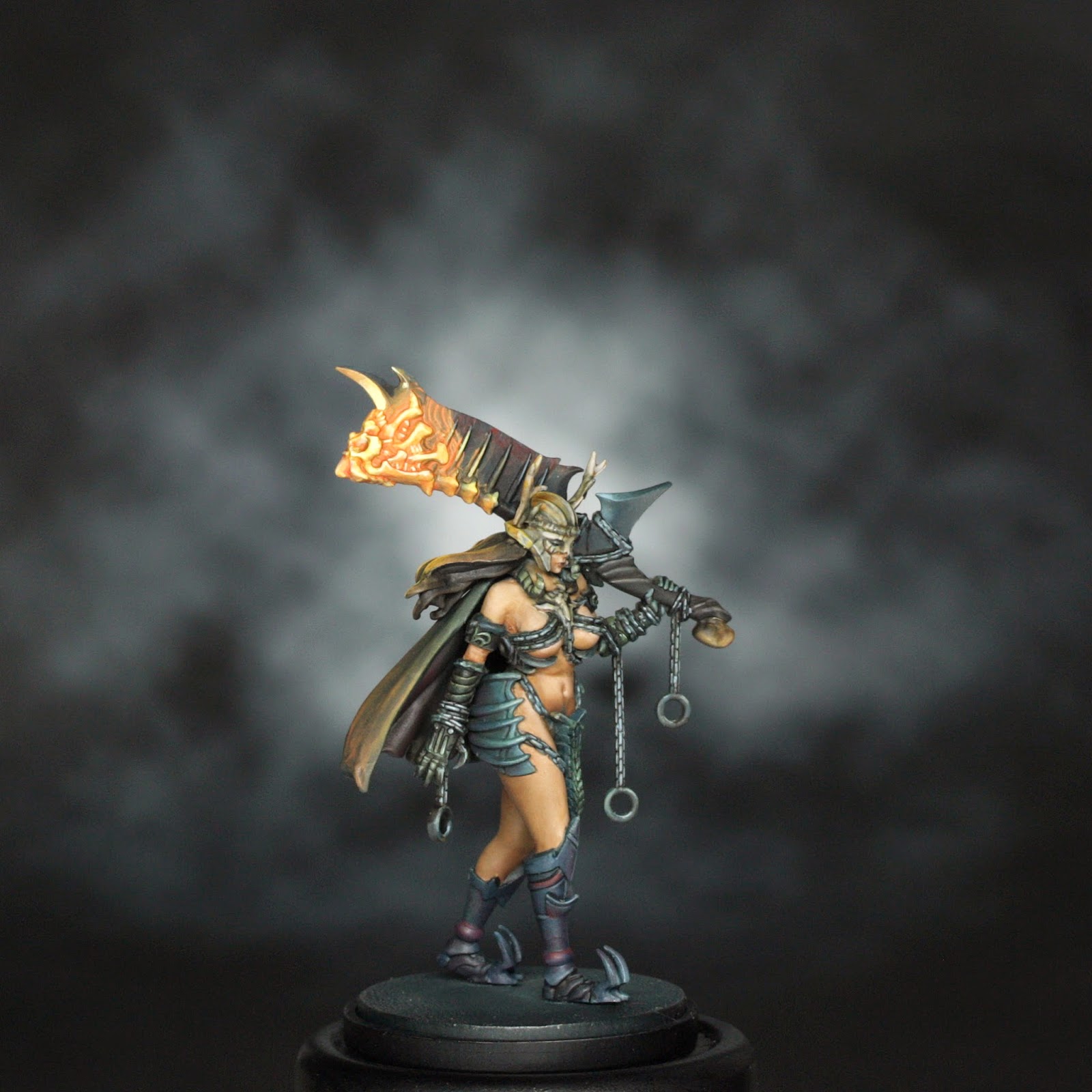 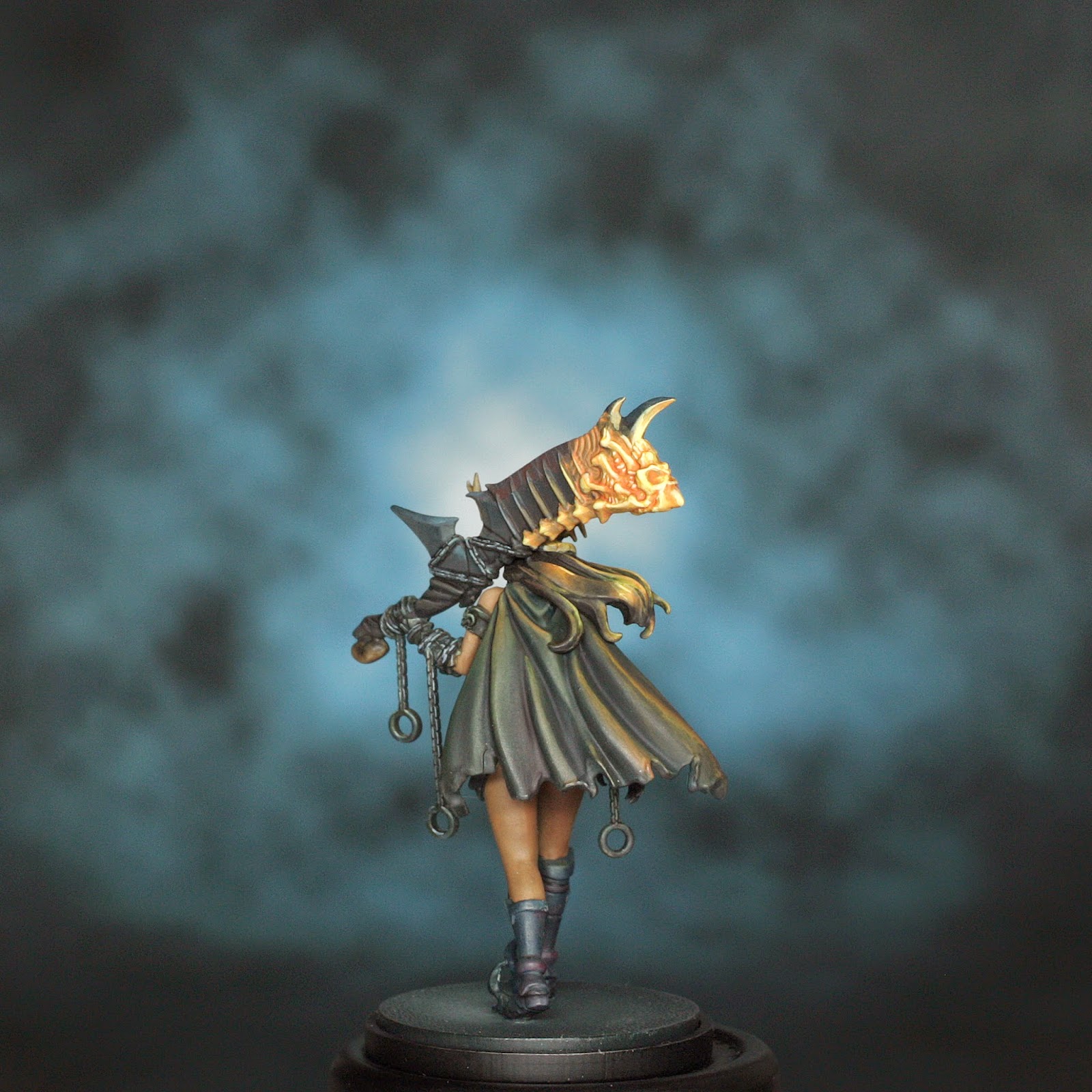 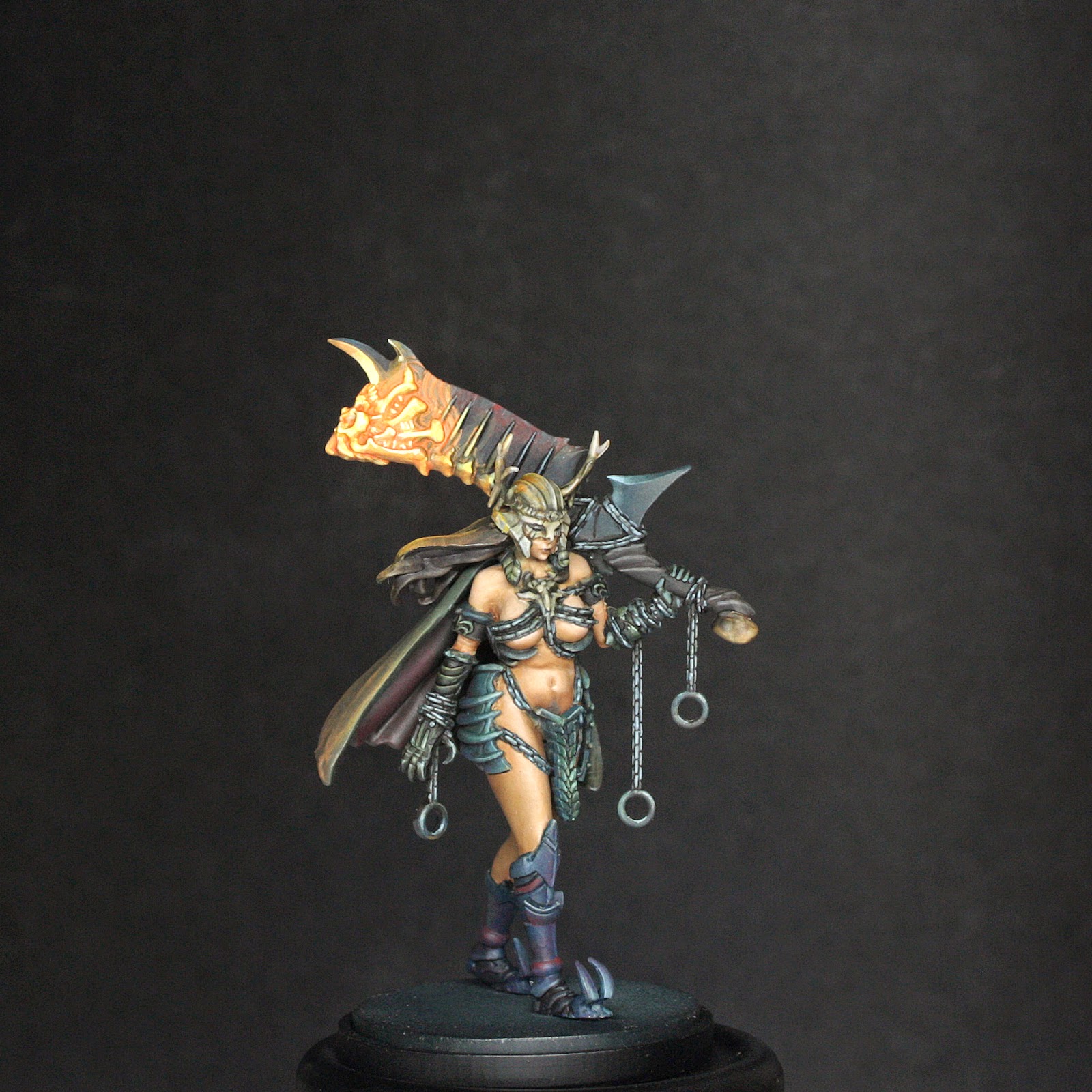 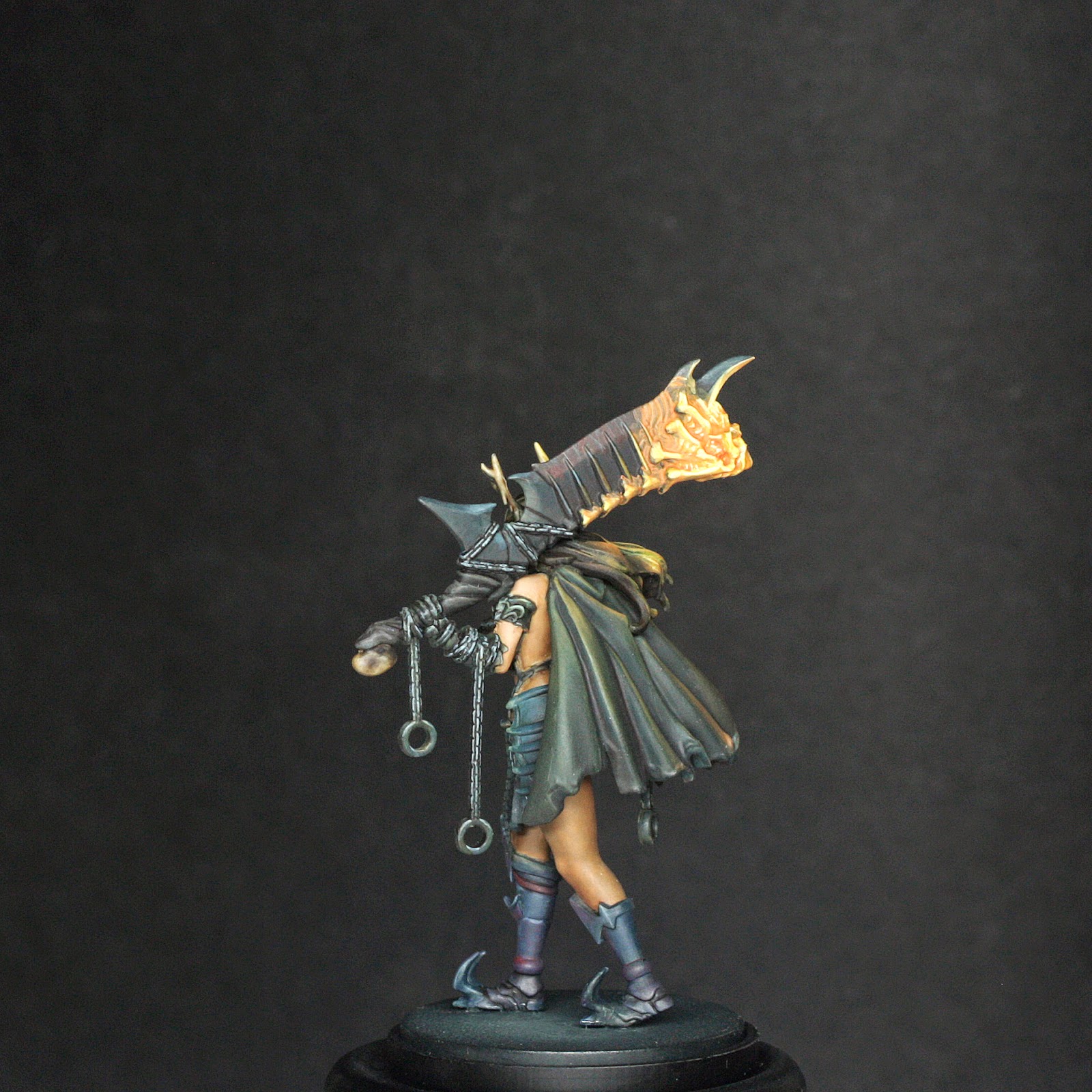 I've said it in the article, and I'll happily say it again that these new plastic go together just brilliantly, and it makes a pleasant change to paint something where you aren't constantly worried about bits breaking off like you do with resin! Yet they still have almost all of the details as the original sculpts, and still nice and crisp.
This gives me good incentive to paint the others and soon, so watch this space! ;)

Unfortunately, this is the only new thing that I can show right now, but I have been shopping for a couple of indie pieces too, most notably Shido'ni by Christian Hardy 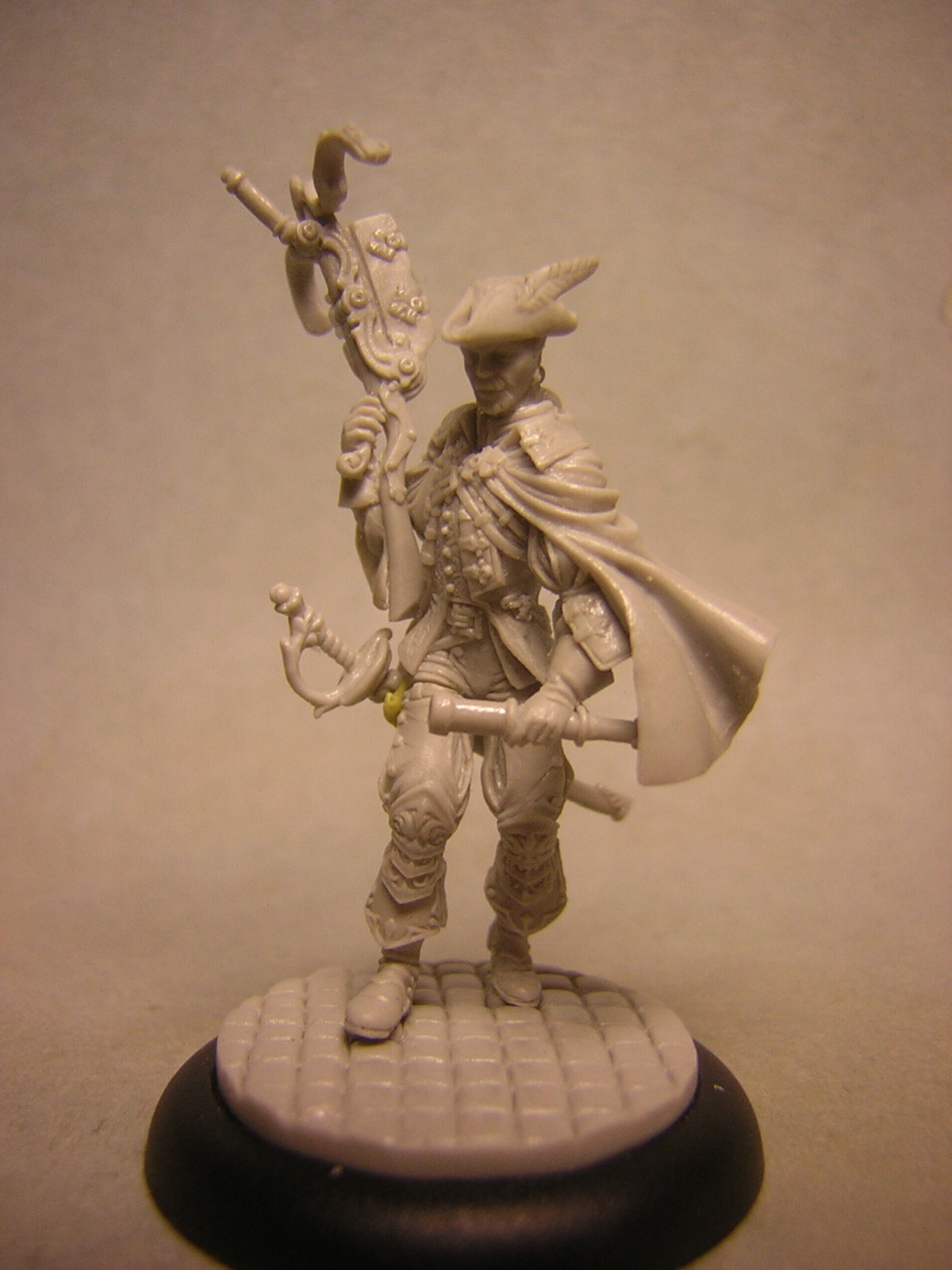 Sometimes individual prijects like this just catch the eye and you have to just buy them when they come out. I shall especially enjoy painting Shido'ni when the commission pieces have been finished off. She will make a nice change of direction before the madness of Kingdom Death:Monster finally ships...! ^_^

Hope that you like the Forsaker, and with the World Cup coming to a close soon I hope to get some personal painting done too, maybe with an eye on Euro Militaire.