I'll put together a more in depth post in the next few days, but I thought that people would like to see the winners from this year's Salute Painting Competition.
The photos below are all of the winners, in no particular order and I'll freely admit that some shots are a lot better than others, as I had to do a fair bit of leaning over and crowd elbowing to get these pics. The photos were taken just before the announcments too, so at that stage no one knew who had won what (i.e. 1st or 2nd place), and certainly not best of show at that point either.
For the record, I was fortunate enough to pic up 1st place in the Fantasy Single Miniature class, which was my first 1st at Salute, so I was very pleased indeed ^_^ 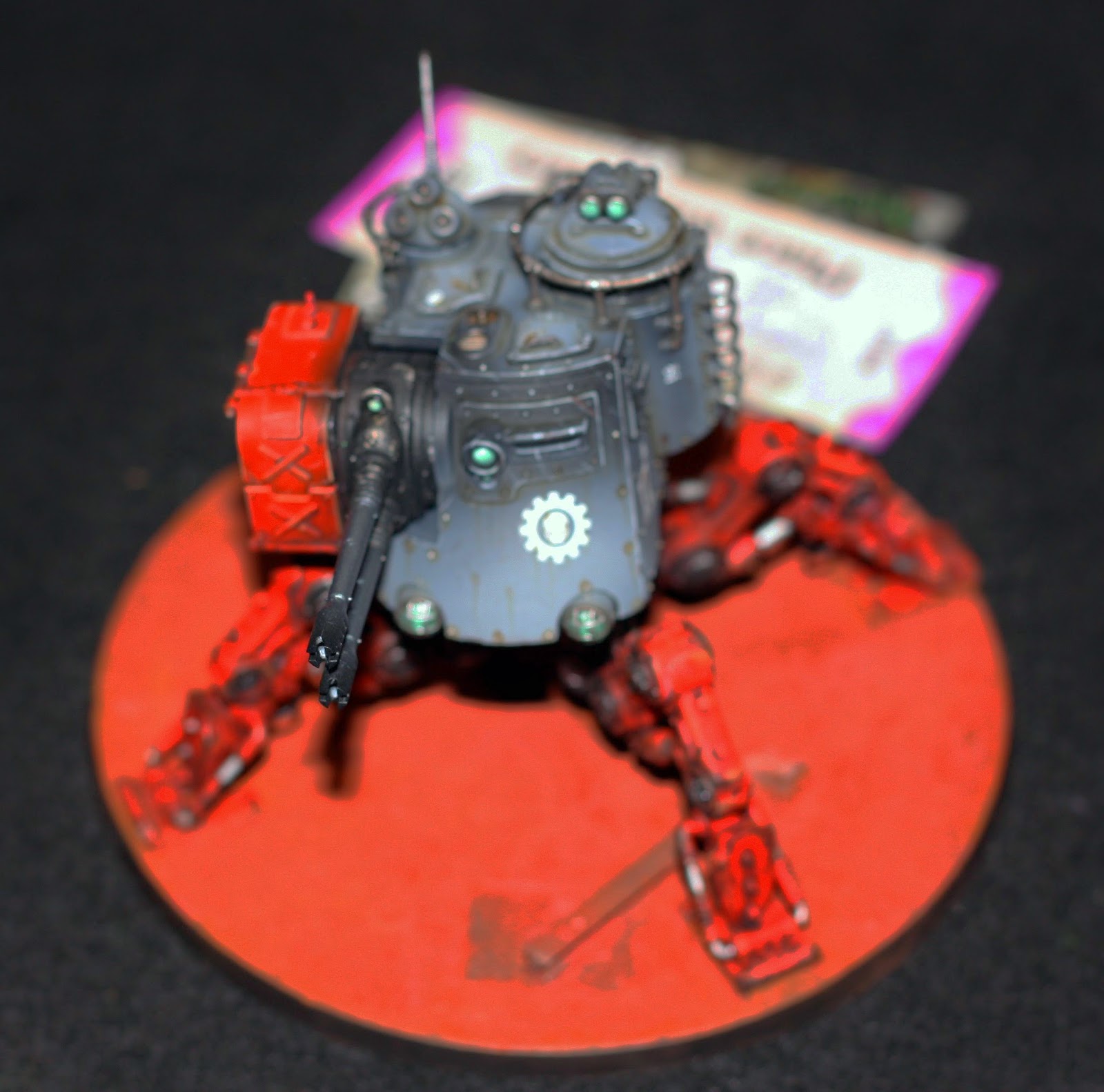 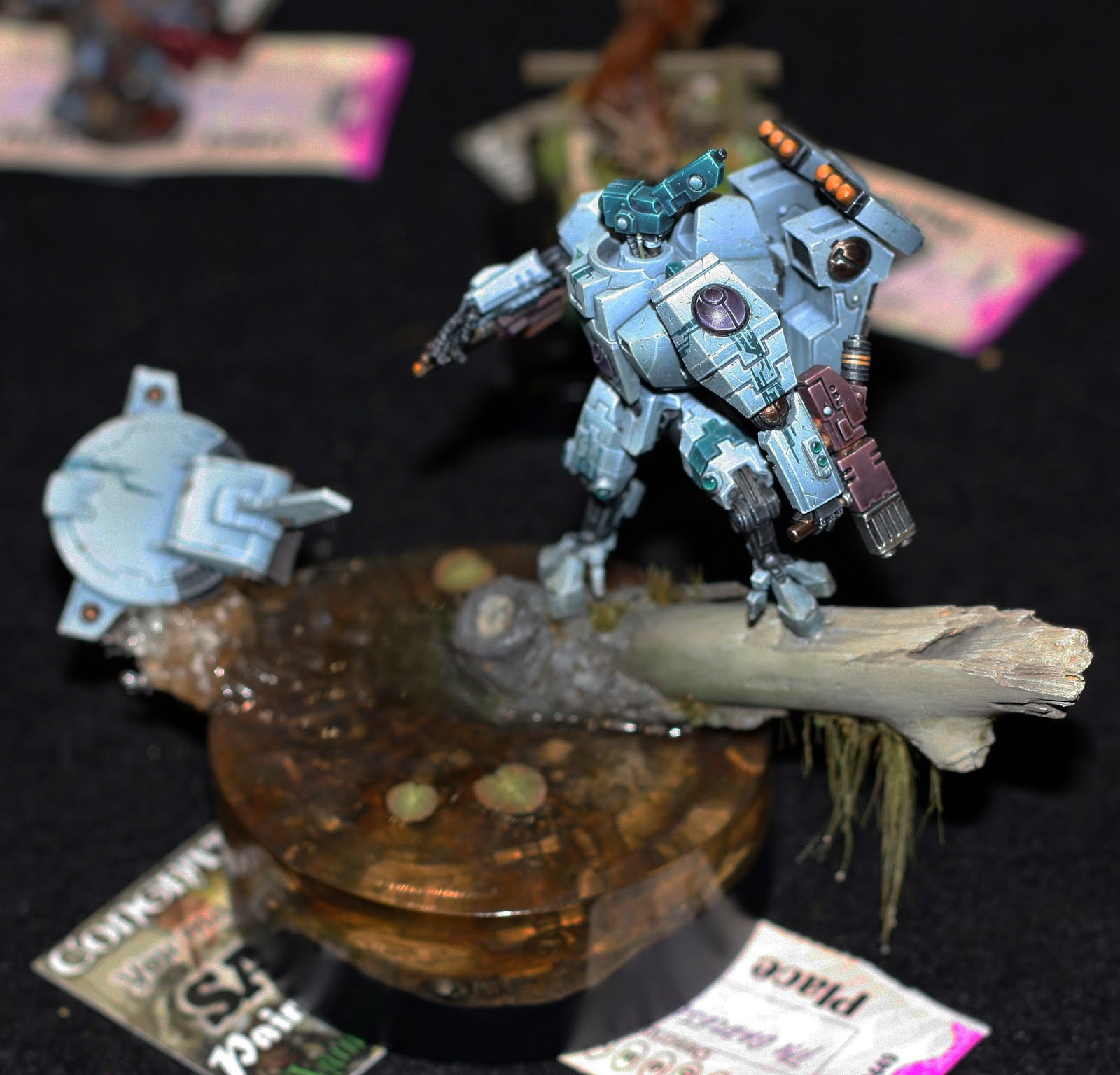 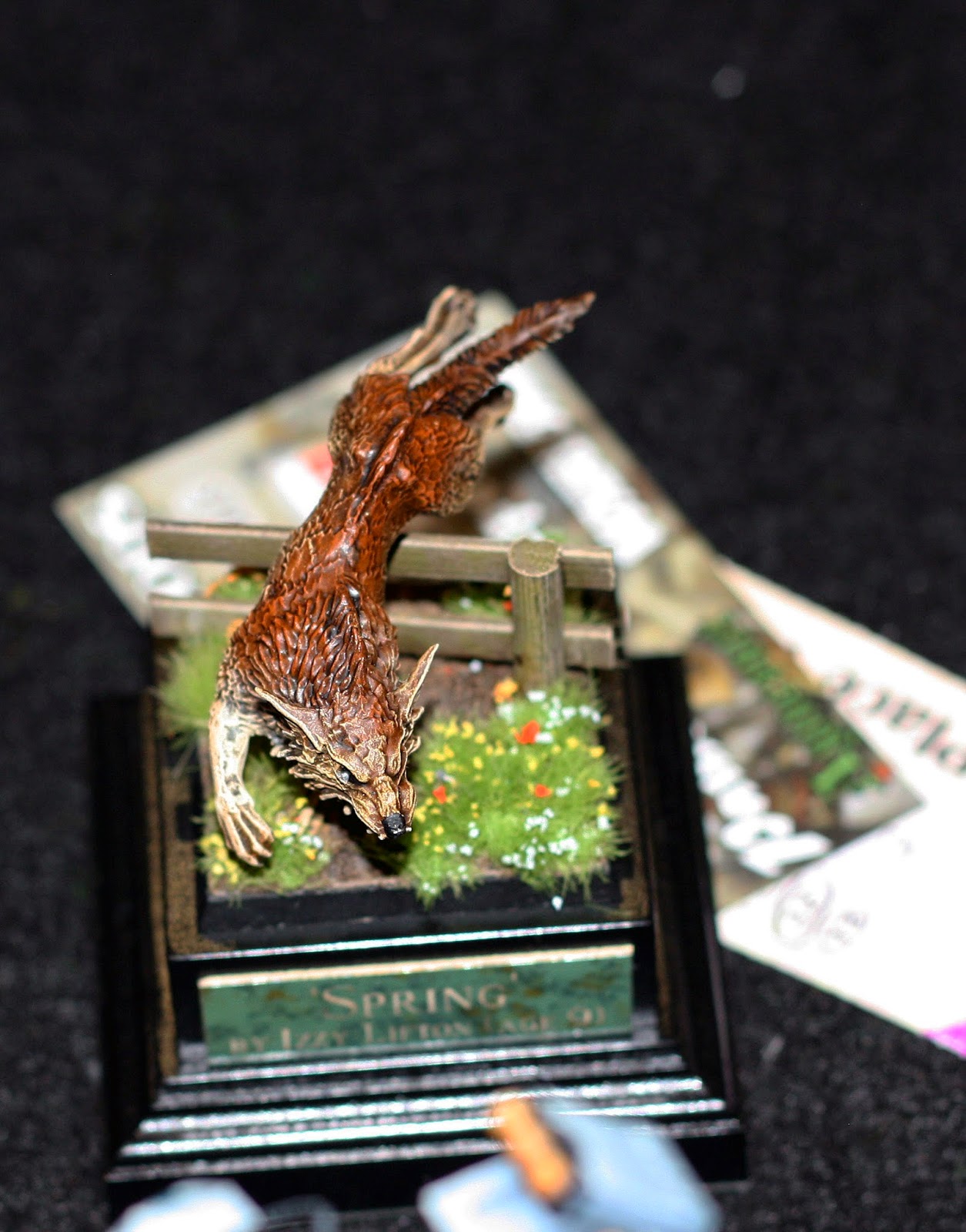 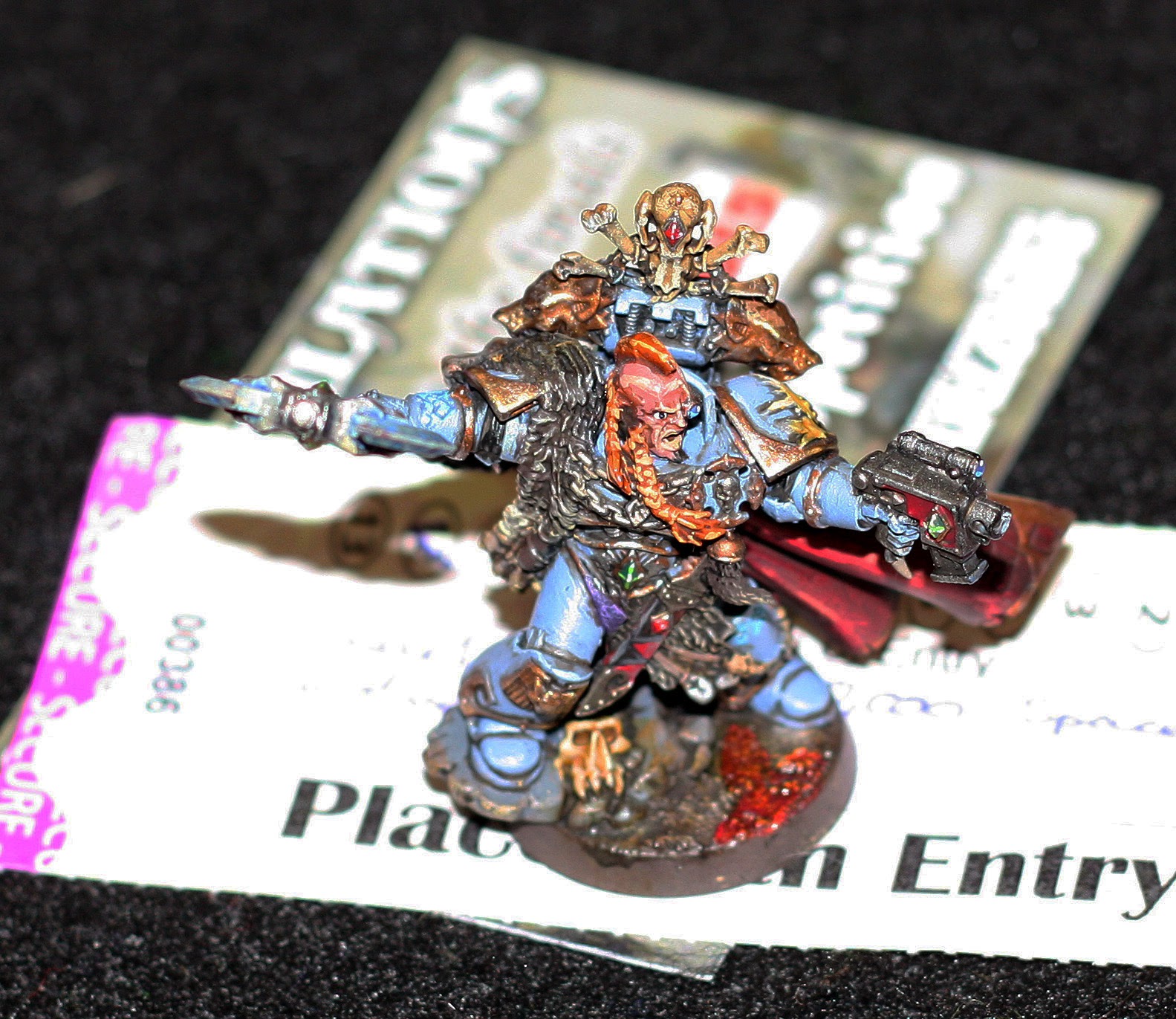 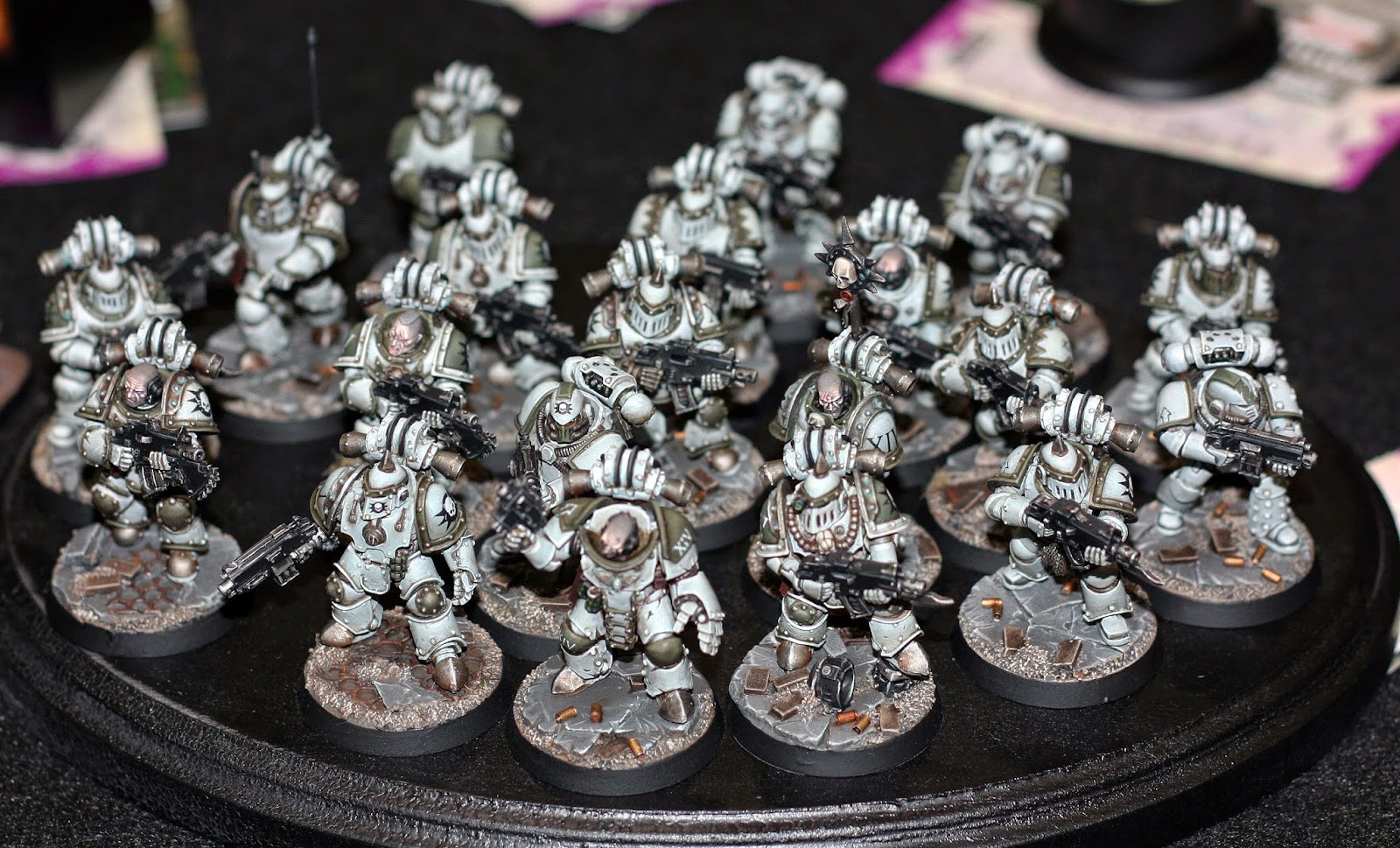 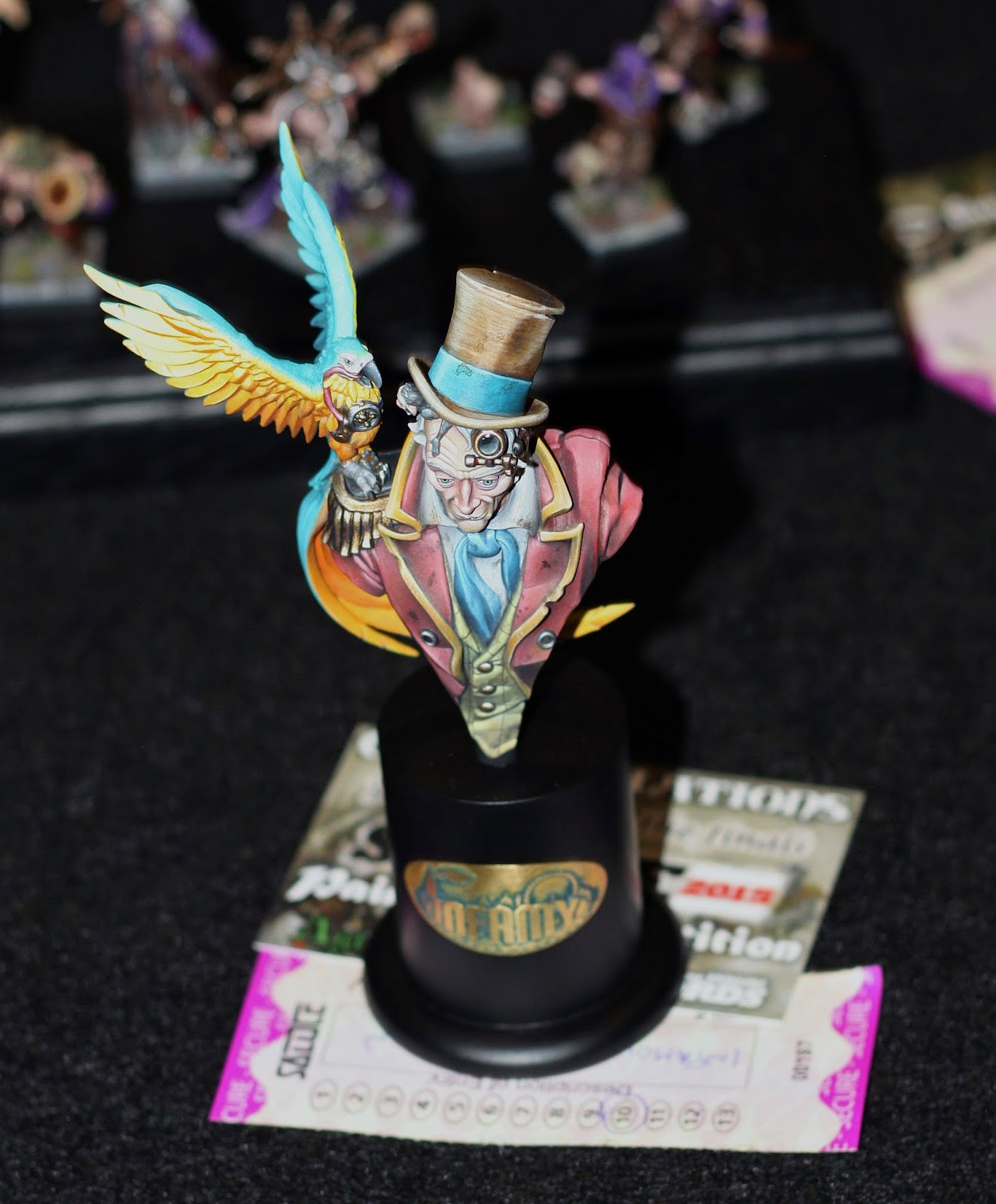 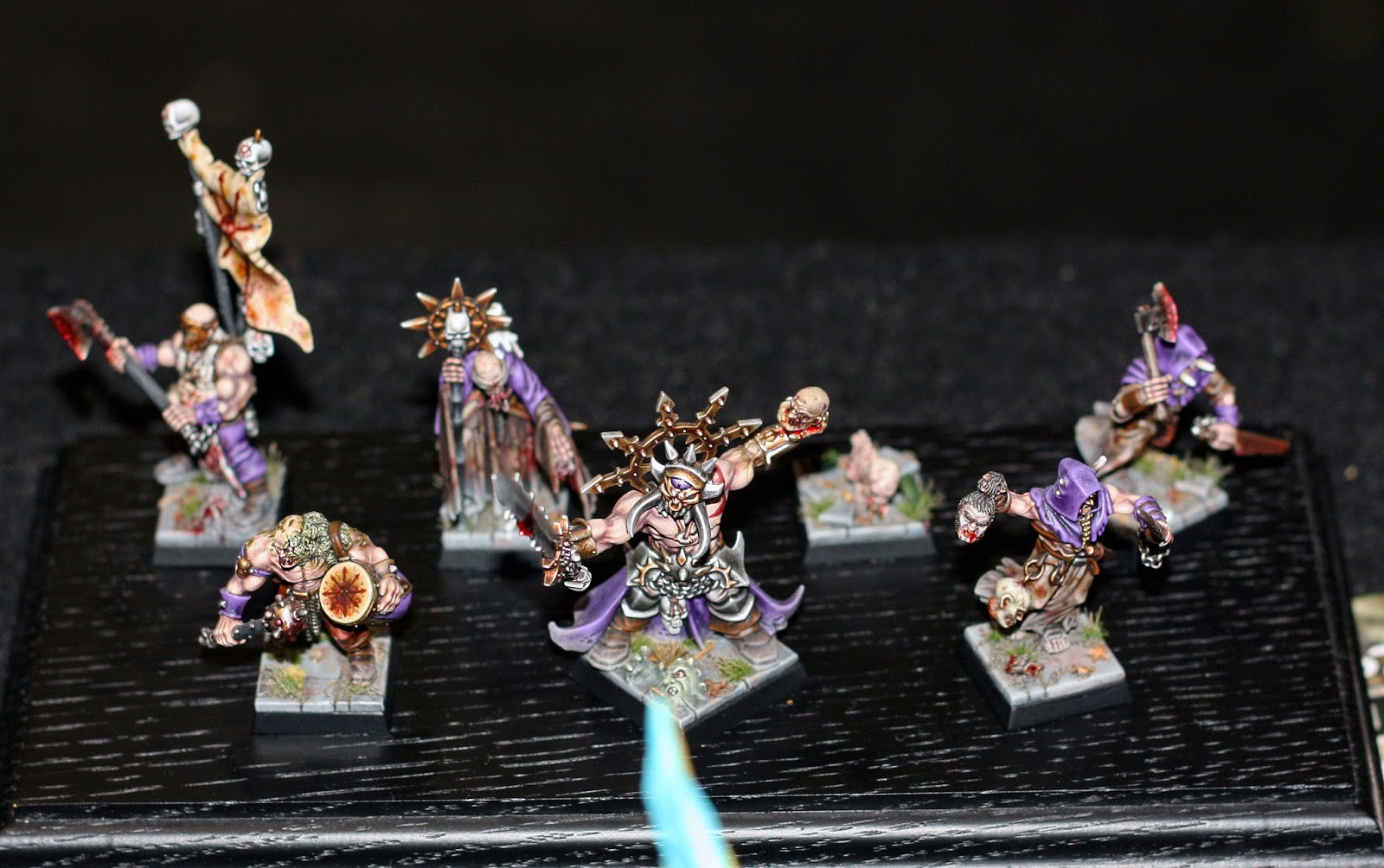 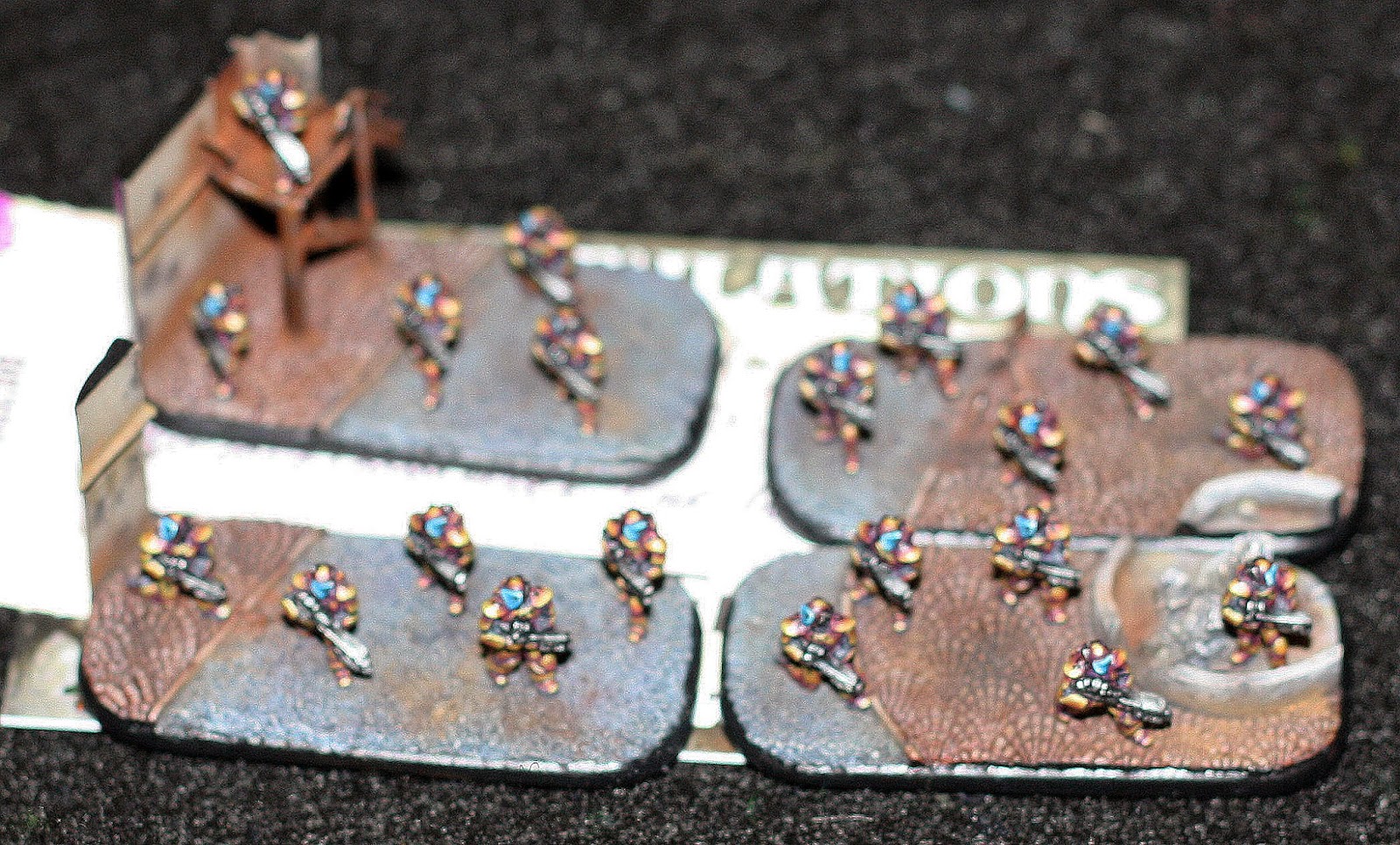 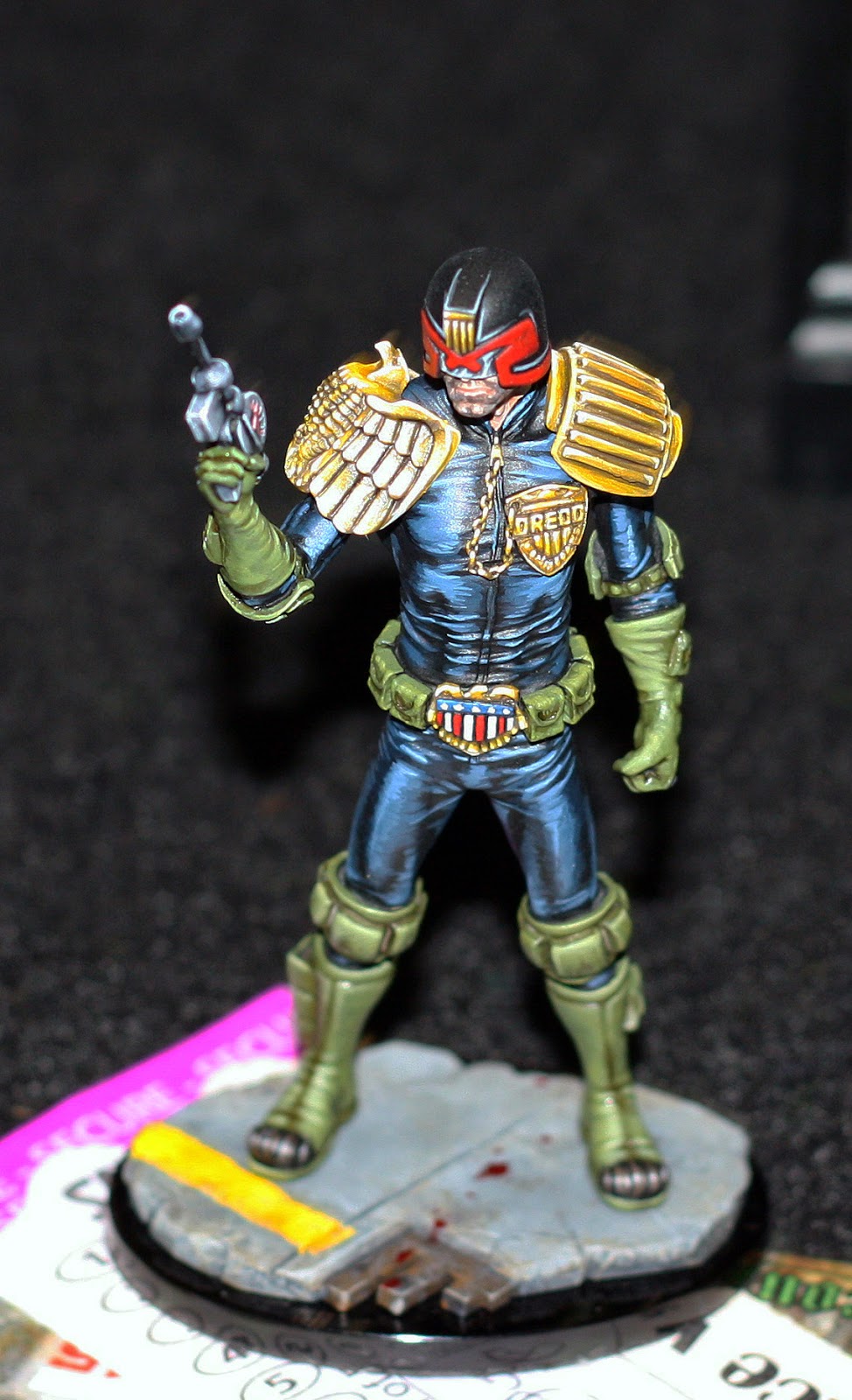 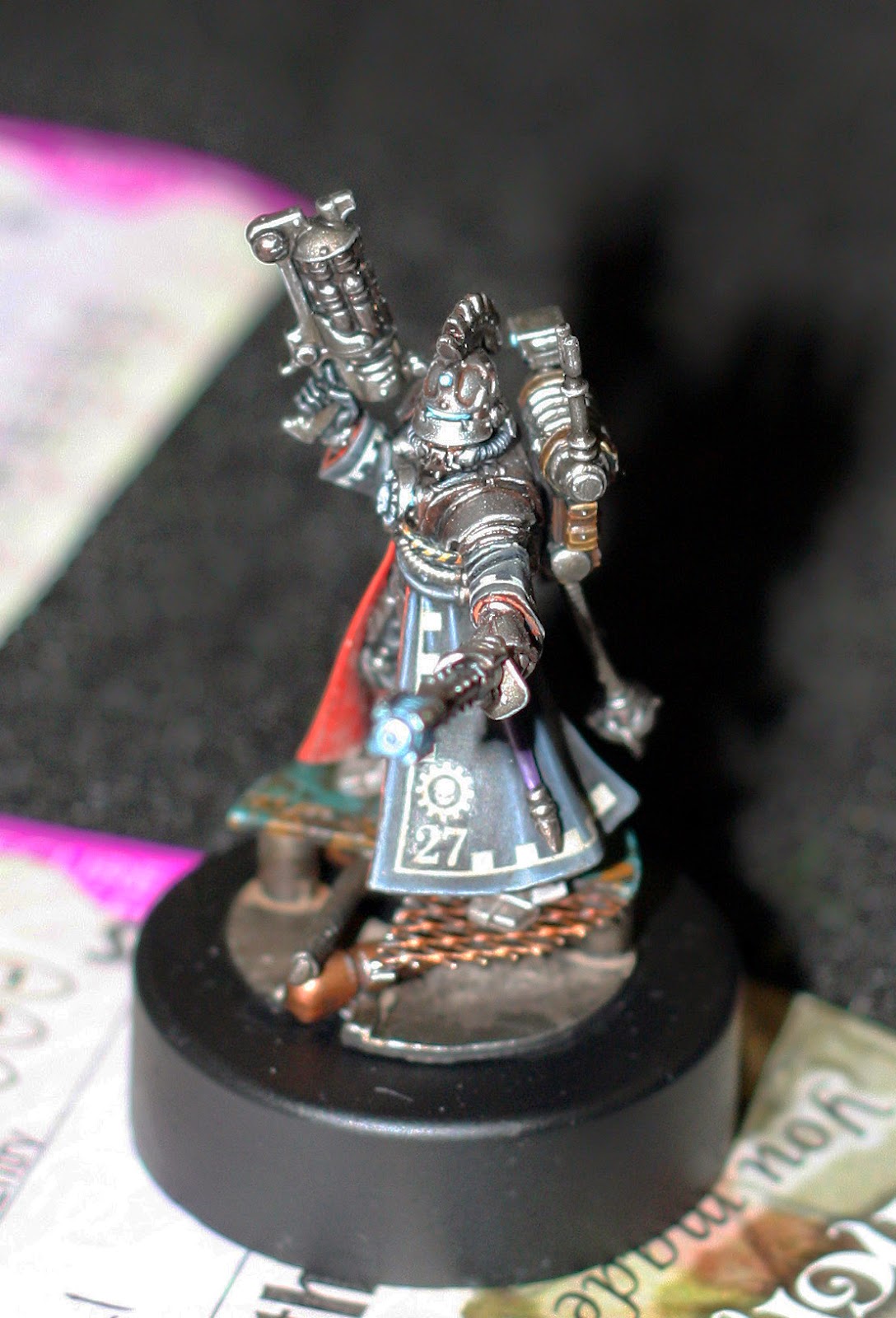 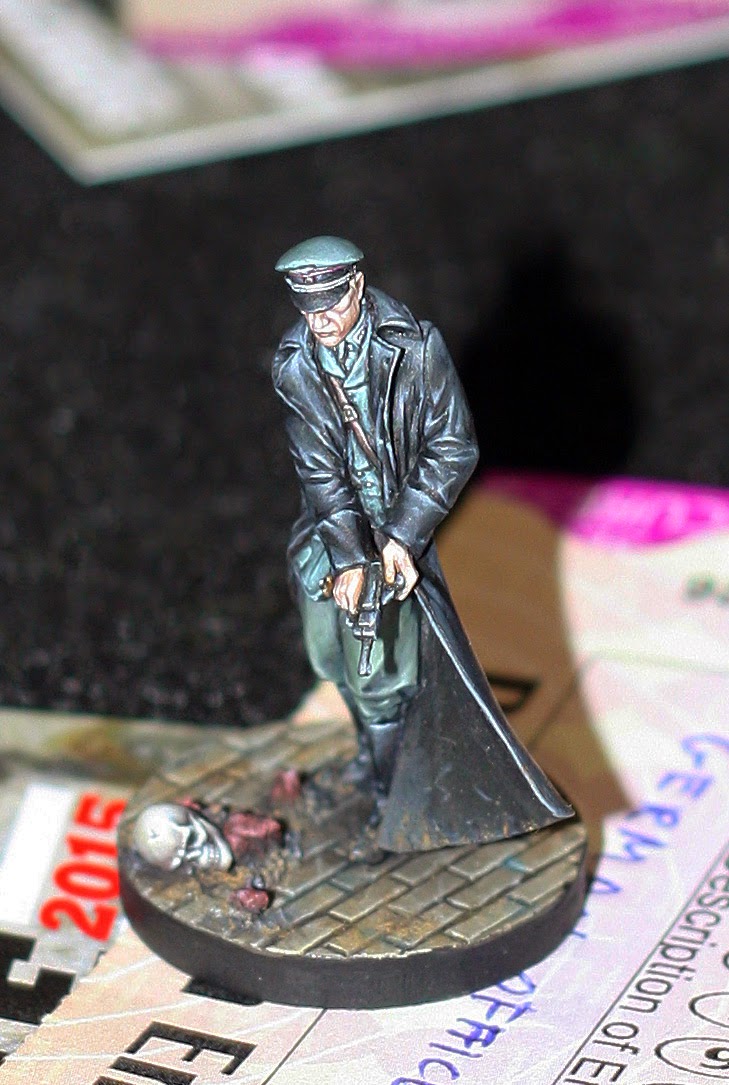 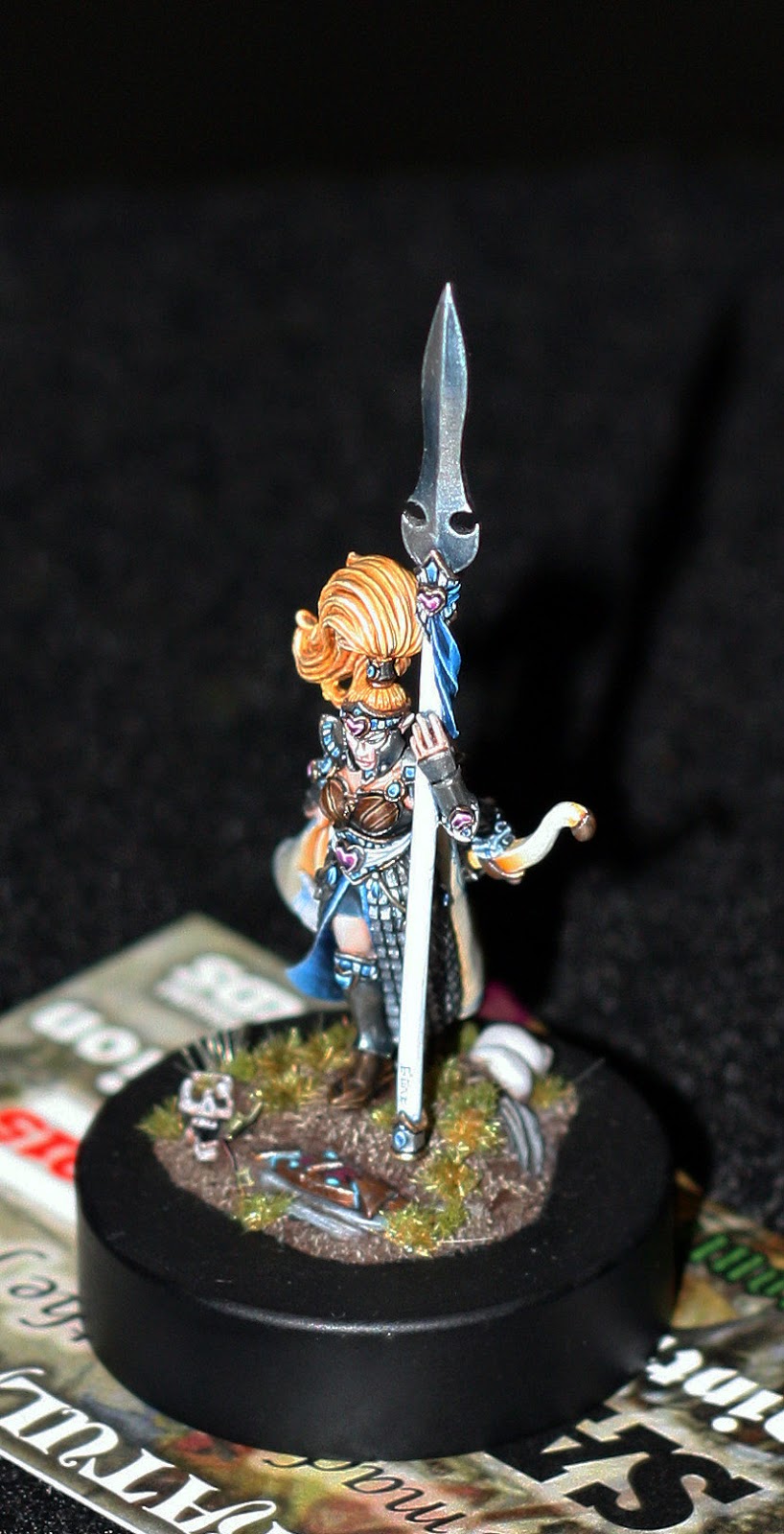 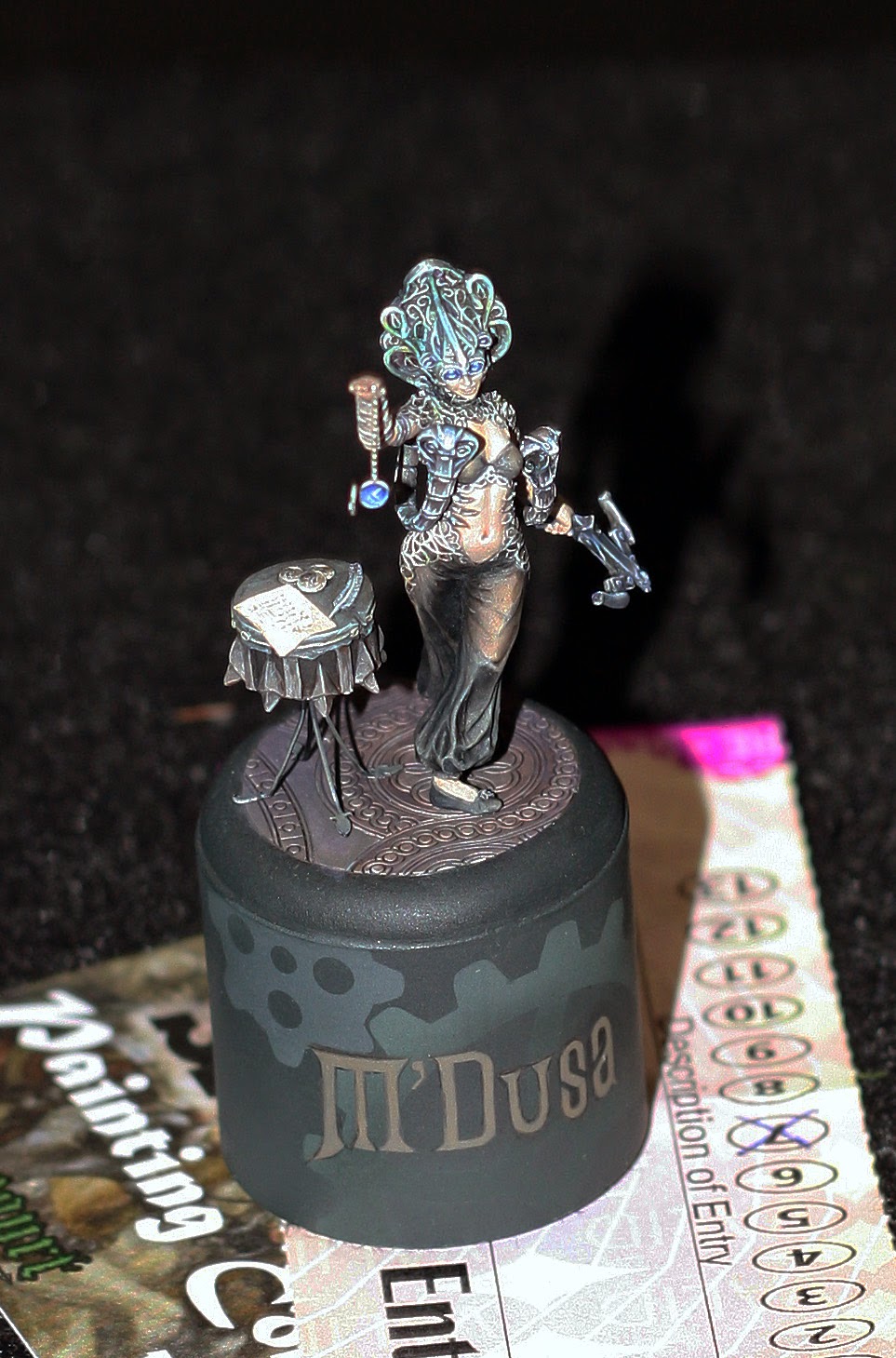 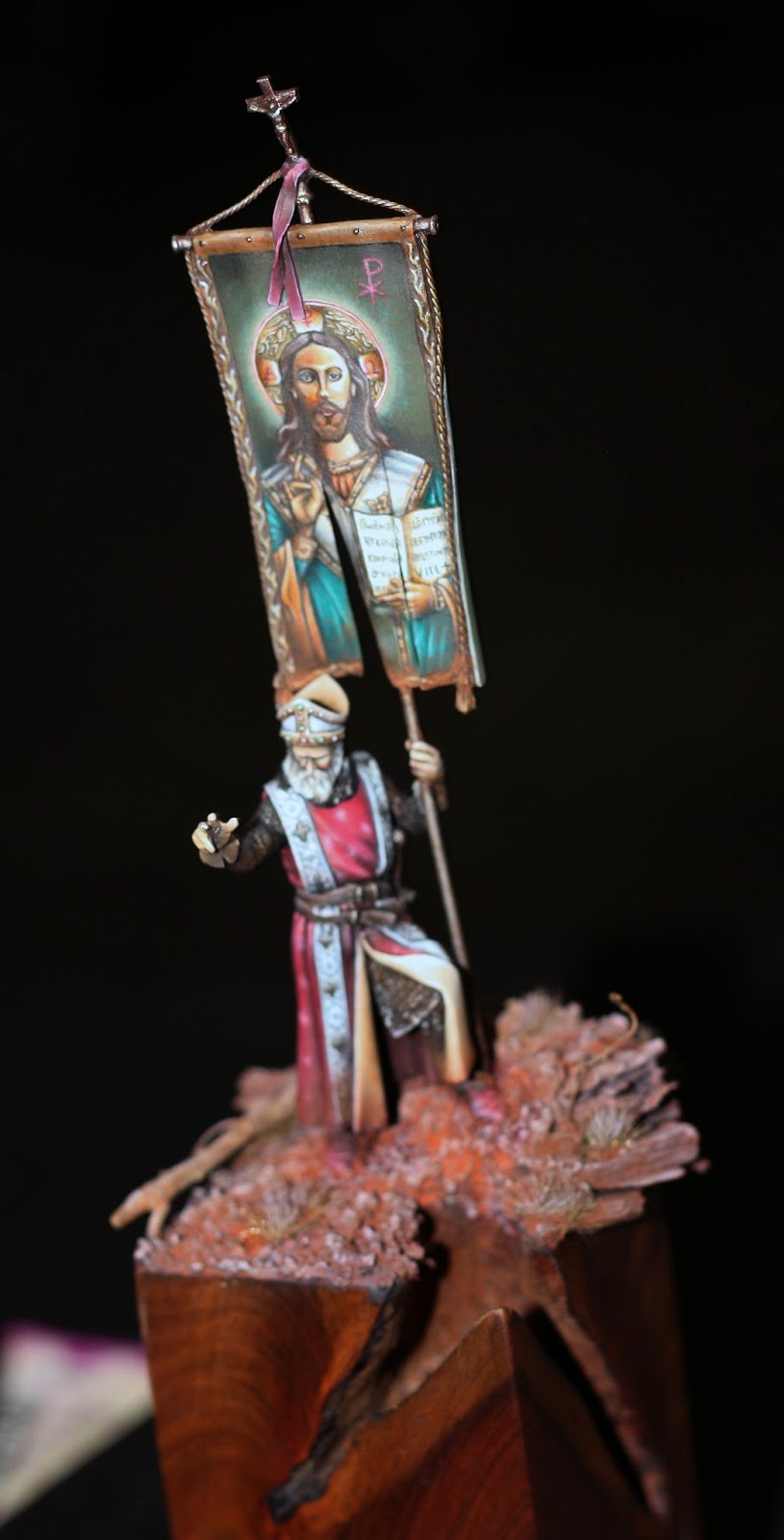 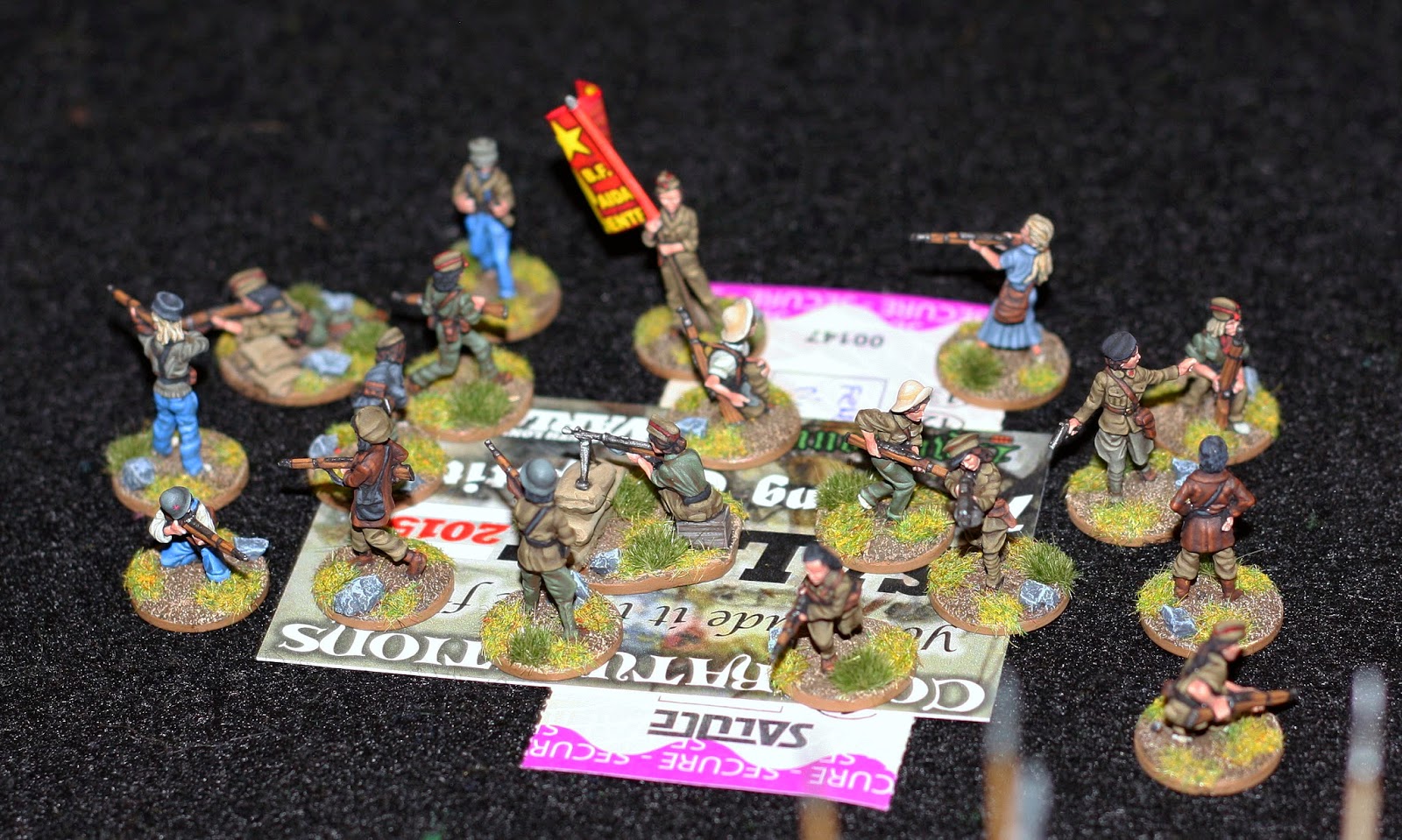 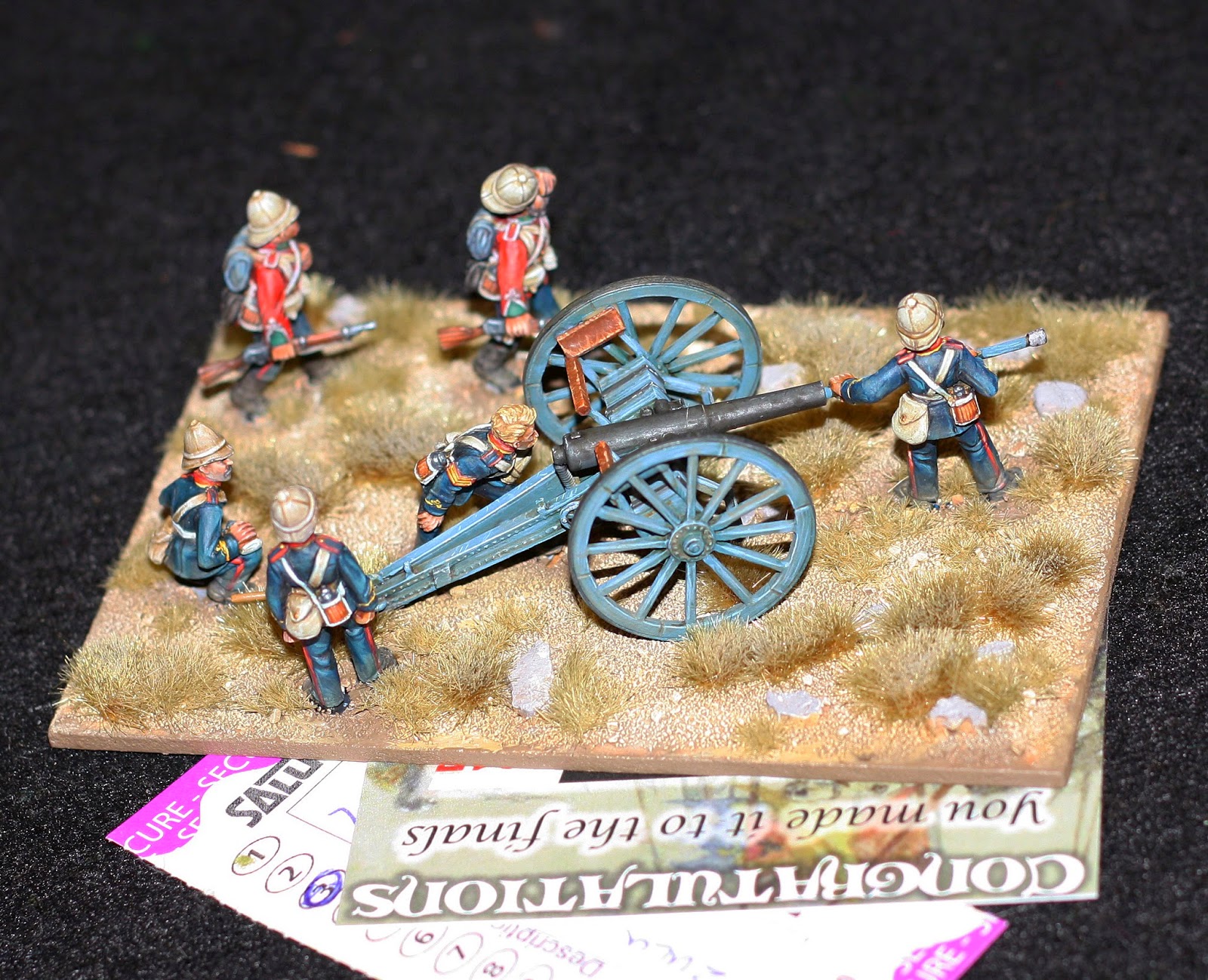 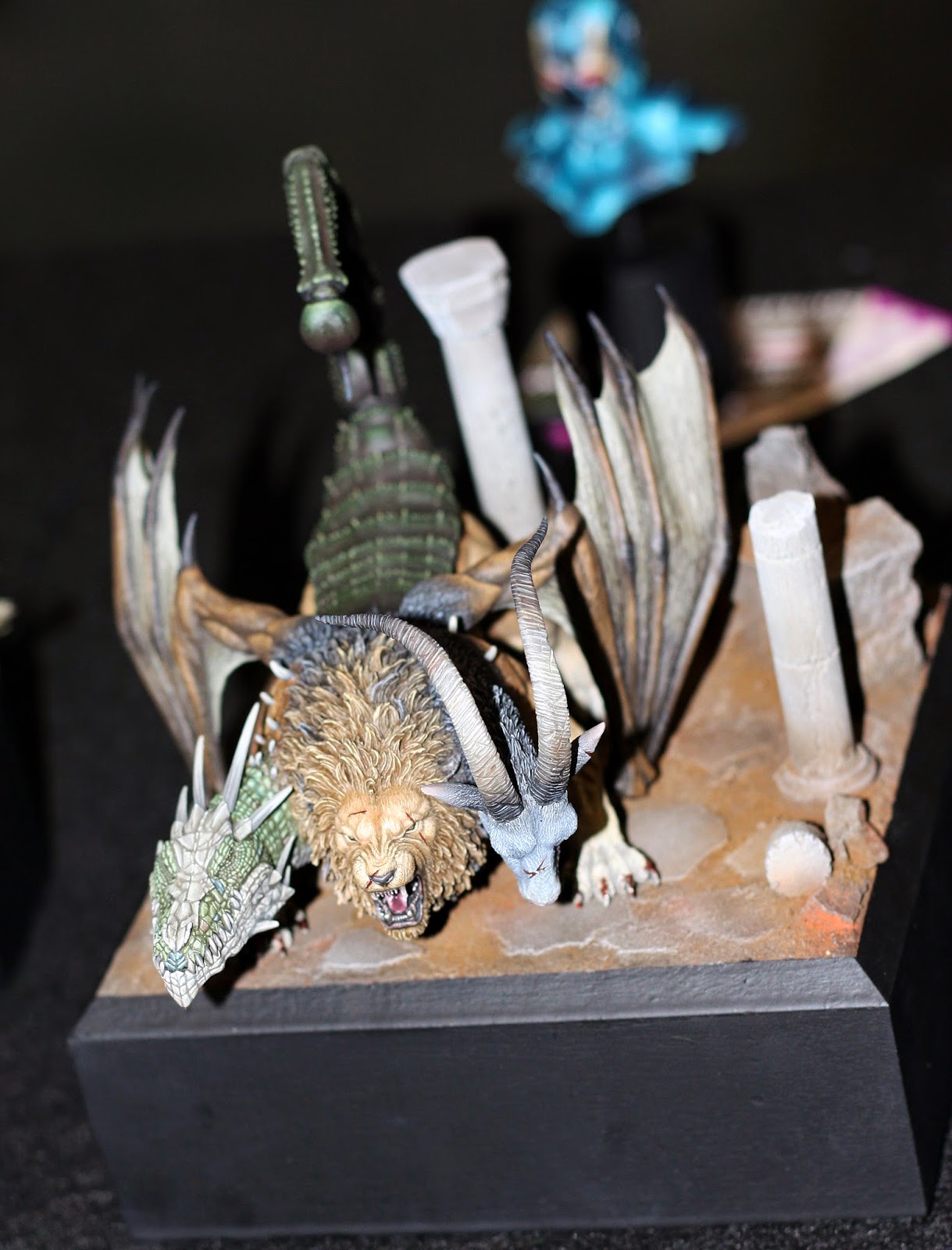 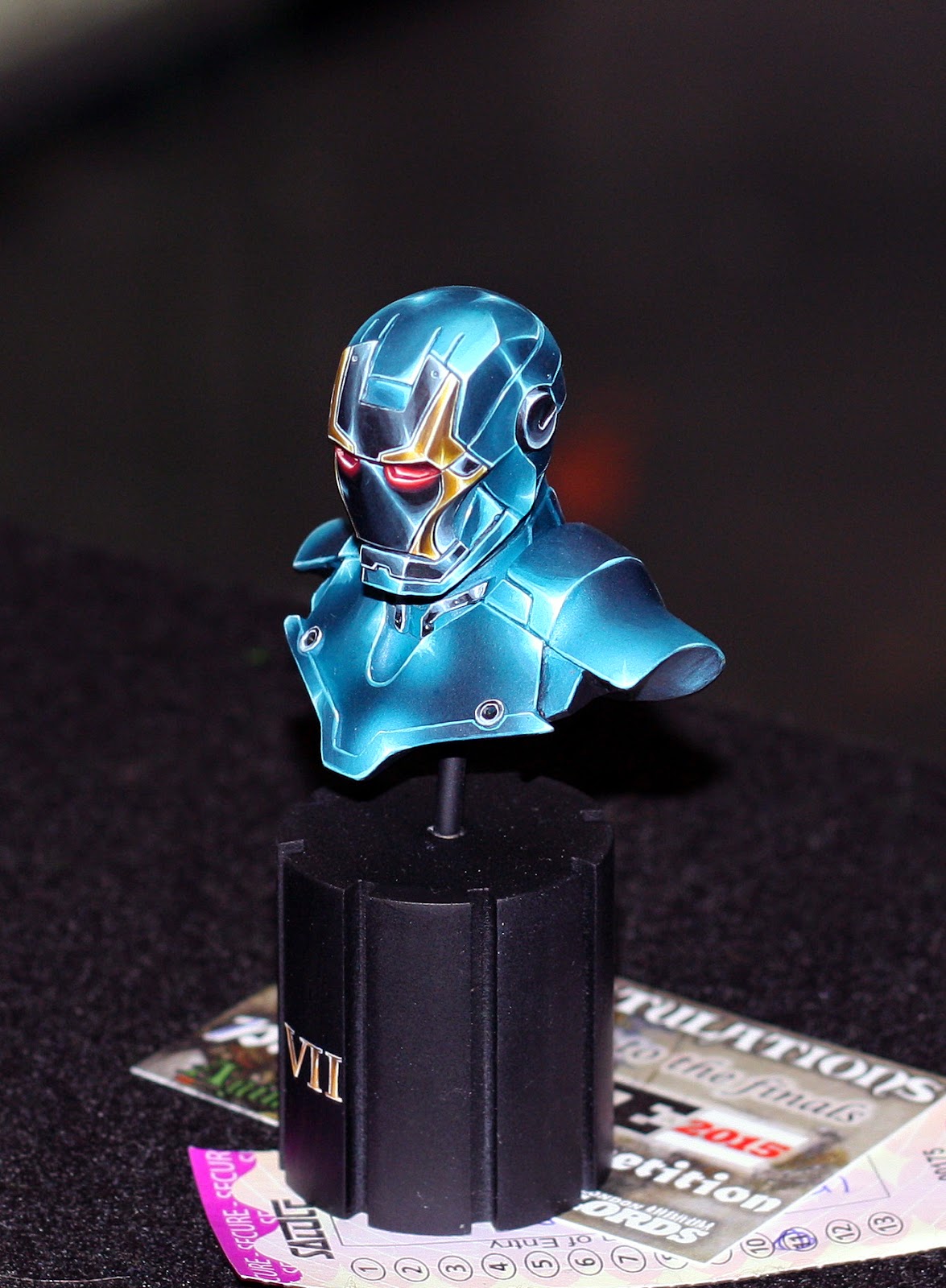 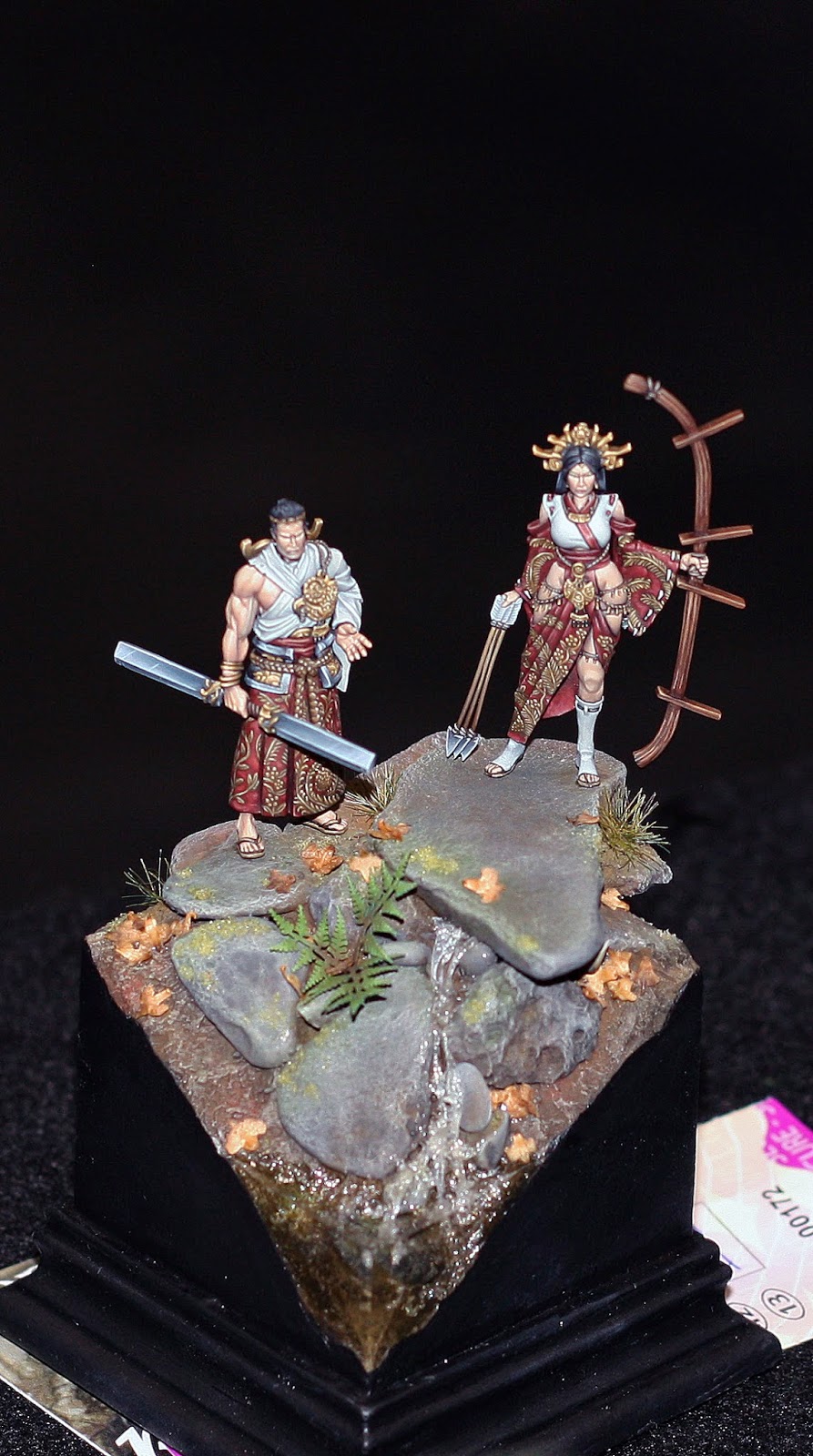 And the Best of Show went to David Soper with this little beaut... 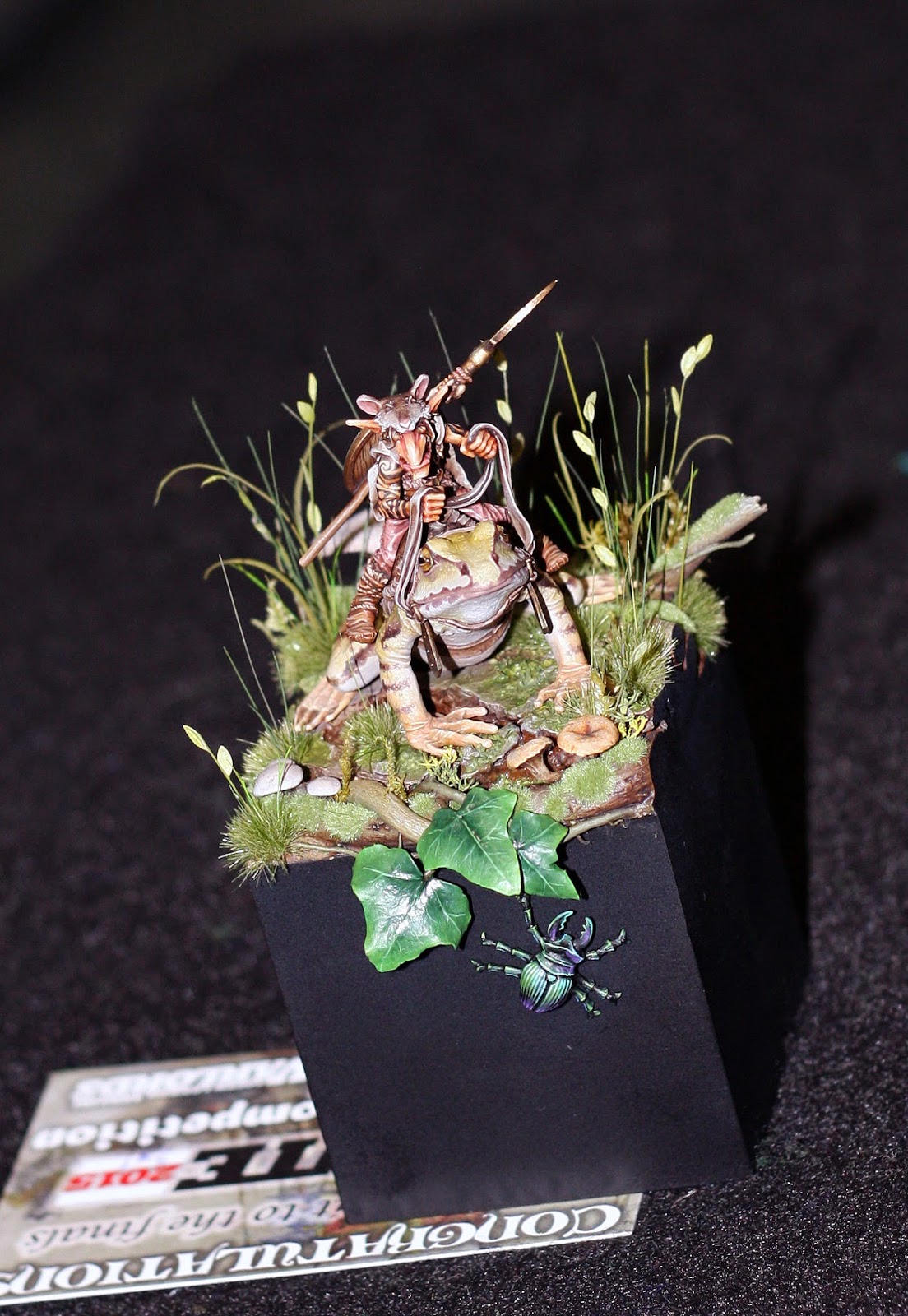 It was a great day, and nice to catch up with friends new and old. But, like I said, I'll go a little more into that in the next post.

So I'll sign off with a big CONGRATULATIONS to all of the winners (and also to the finalists, which include a few friends ;) ), and I hope that you enjoy the pics.

Scott
Posted by Unknown at 22:22 No comments:

We have a winner!

Been a little off grid for a couple of days, largely just weekend stuff, little bit of commission works too, but also a bit of recharging the batteries before the push towards Salute. I haven't produced anything this year that I have done specifically for competition, but I do feel pleased to have a decent varied body of work to take along this year. I expect to enter a few categories, but have no real expectation. I'm just pleased to show support for a couple of companies that have been generous and supportive to me. I have received one commission to present to a new company actually at the show, which will be shown here after the event, so I need to push on with that, and once that is done I'll get the Hasslefree girl done, maybe to a standard where I'm prepared to enter her at the event, but equally I may put her in the display case on the HF stand on the day with a few others.

Enough preamble though. What we want to know is what did you lovely people come up with for the Arnold Schwarzenegger/Lionel Richie mash up...?

Well, I am pleased to say that we had a few really fun entries which all raised a smile, as follows...

An Arnold Richie sketch by Roman Lappat was the first one and got an instant chuckle. He does look a LOT like former footballer and TV pundit, Chris Kamara too! 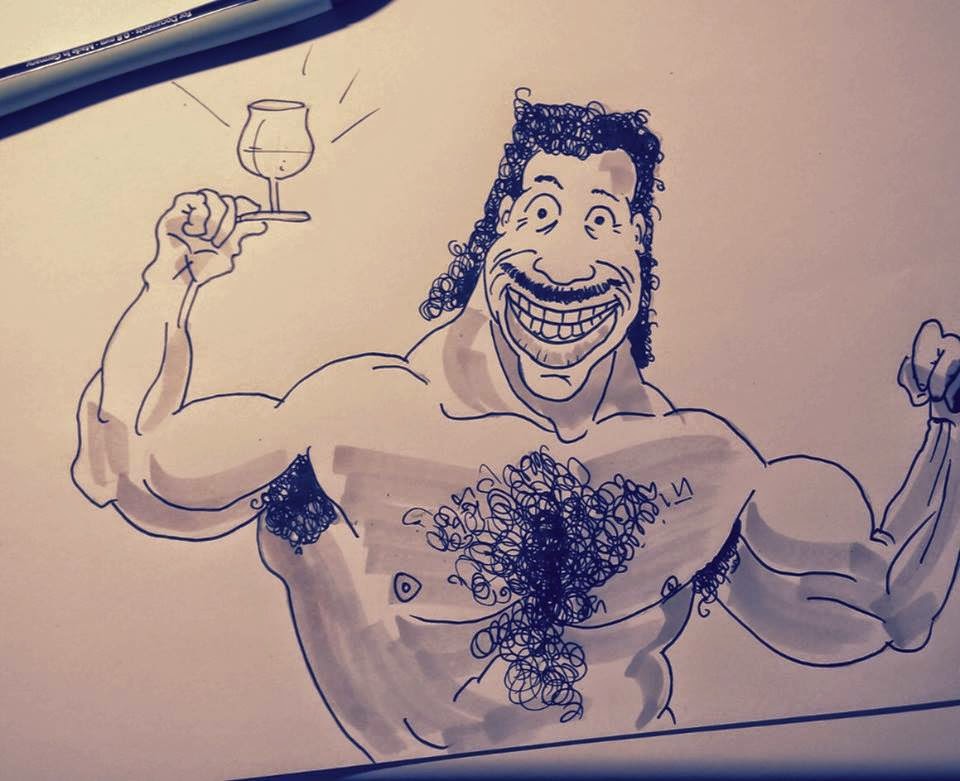 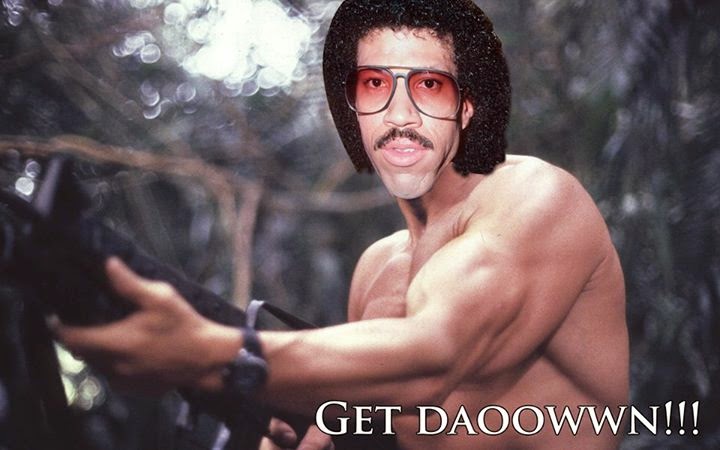 
Normski Ealand's two entries of 'shoppery were at first grin worthy, then utterly terrifying! That second one looks like Michael Jackson on steroids! O_O 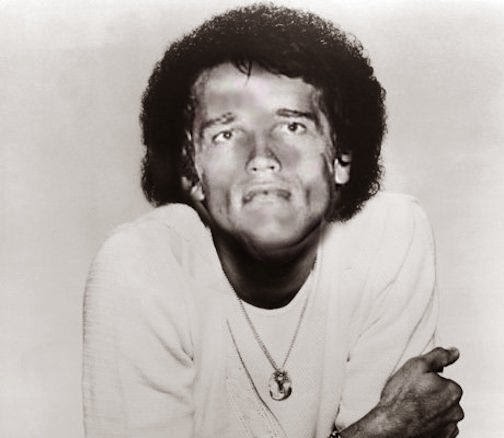 Jack Crowe gets a spot prize of a cookie, or an empty pot noodle pot (lol) for his commitment to the cause with a full rewriting of "Stuck on You"...


But, the winner and the one that made me splutter a bit of tea had to be Lone Skeleton's fine photoshop effort that started cool, went dark and finally hit with a triple combo of film poster, lyrical slogan plus the addition of Emma Thompson in one of the most obscure films that I never knew Arnie (let alone Lionel) even starred in!

Congratulations to Lone Skeleton! You get the Kingdom Death Chosen/Arnel Schwarzenichie model to mash up yourself, or paint beautifully, of course! Please email/PM me your details and I'll get him out in the post to you

(The previous random winners - my apologies, I've not made it down to the post office yet with your prizes, due to lots of random excuses that I won't bore you with! I WILL absolutely get your packages out this week. I am a naughty man...)

Thanks to the rest of you for taking part. It was great to have you join in with the silliness that inhabits my head a lot of the time!

Lets see if we can make it to 1000 likes so that I can dream up another daft competition! ^_^

Scott
Posted by Unknown at 14:11 No comments: 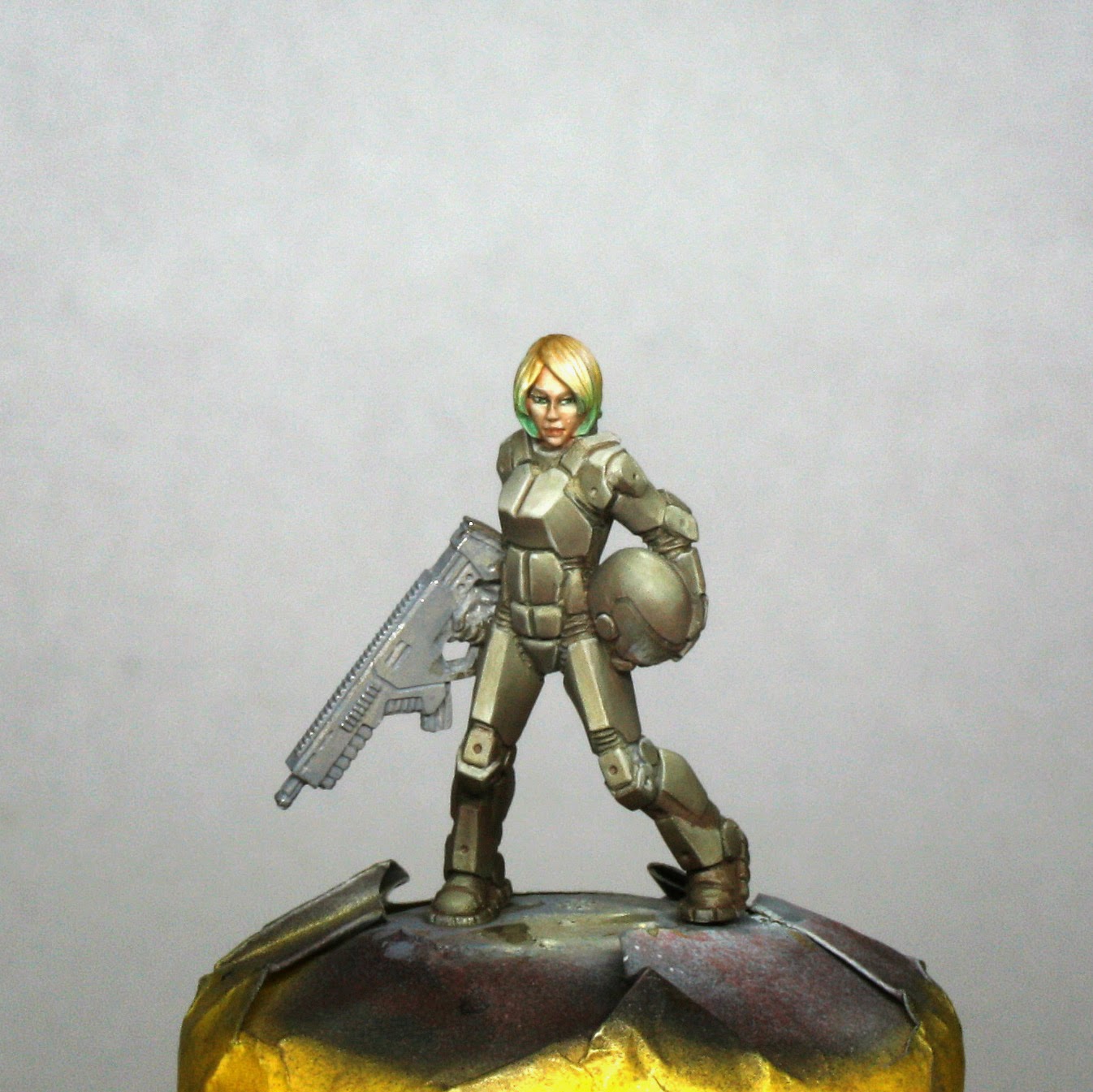 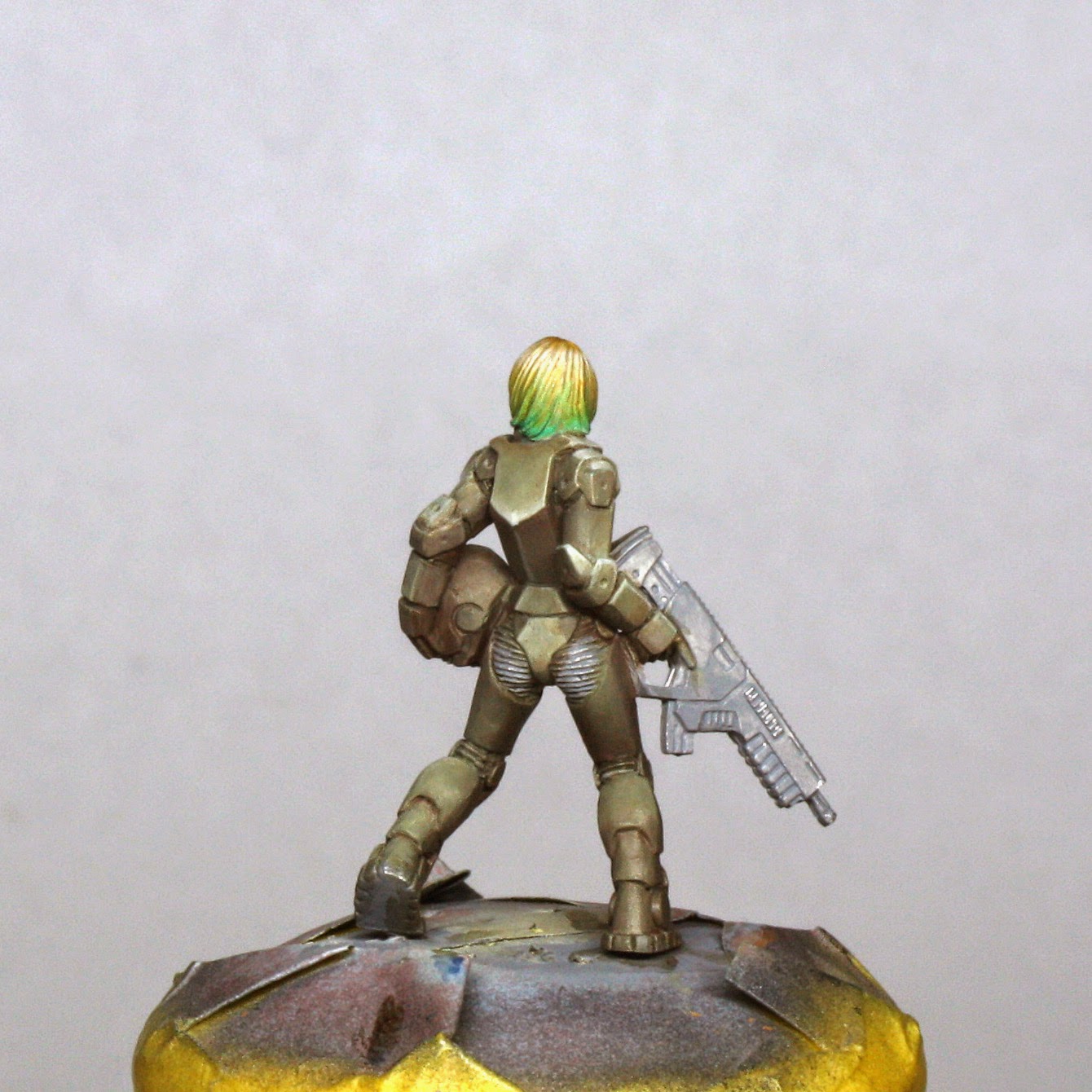