Facing up to Reality...

Don't worry. I'm not falling into a pit of depression and gone and burned my brushes! :)

This post is two fold but based on the title in very different ways...

The first is facing up to the fact that I am unlikely to produce anything new that is "competition worthy" for this year's Salute. It would have been nice to have gone all out on something, but I simply don't have the time/energy to do so. My commission schedule has filled so much of 2016 that I've not had a chance to get my teeth into anything personal for the past few months. It has still been good fun though. The Kingdom Death commission allowed me to try out some ever evolving techniques and further refine my speed and style; I've done some work for Paranoid Miniatures that have presented me with some different types of models that I have needed to create a similar vibe for, and pay homage to the concept art at the same time too. The latest piece that I completed should be up on their page any day now, but the raw print and digital sculpt are already there.

Coming to this acceptance is quite liberating. I would normally be thinking of pulling several late night sessions to get entries ready for the day. This time I shall more than likely pull something that I like out of the cabinet and pop it/them into the competition on the day with no expectation. I took a similar attitude last year, but I did have a mini ready well in advance that I felt expressed the level I was at at the time in M'Dusa.
This time I would very much like to have finished some models to take to the show, but they will be to take along to the sales stands, to chat with the people that took the time creating them in the first place. :)
Even then, I'll be under some personal pressure, as a matter of pride more than anything!

And this kind of brings me along to the second part of the post (which will have pictures for those of the tl;dr persuasion! lol), and that is how much I love to paint faces...

When I abandoned Space Marines about 6 years ago, much of the reason for doing so was that I really just preferred painting faces, skin, and females in particular. And most GW faces have an expression akin to a small child trying to pass a particularly hard poop! So, I vowed to only paint what I personally liked from then on, and that wasn't marines any more.

Some sculptors really "know" how to make a face on a mini work. I put the likes of Jacques Gillois, Kev White and Yannick Hennebo on this particular pedestal, with several others close by, like Thomas David and Joaquin Palacios, and plenty of others. I'm not talking about busts, because then we are into a whole different area of brilliance, and something that I am still to tap (strangely considering my love of face painting!). I was greatly reminded of this while doodling away on my latest effort, Blanche from Hasslefree... 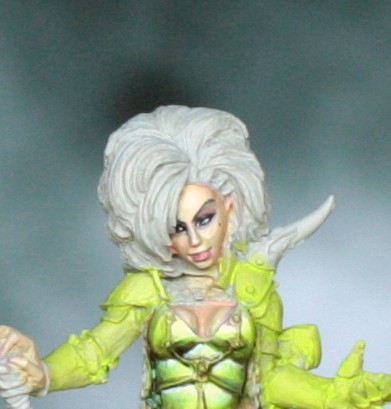 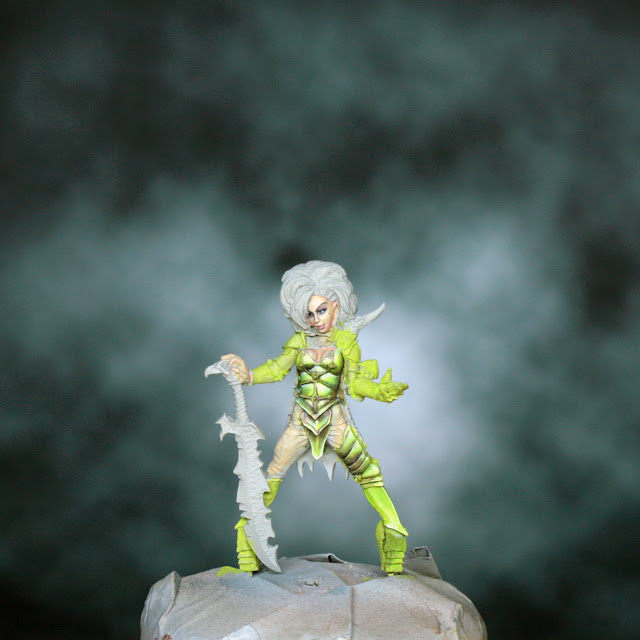 I had been working on the shiny acidic green colour for a couple of hours, and wasn't exactly happy with how things were going, but I didn't want to chuck the mini down and pick up another, so I thought I would start on the face... Now, believe it or not, but the colours in the face are just colours that I had been using in the armour! There's no skin tones, just green, yellow, red and purple, with the ivory that I had been using for the highlights. All just loosely swished together and applied. Even the eye makeup is the same with a touch of black ink added.
Immediately I felt much more enthusiastic about the piece. Kev has pulled and pushed a seriously good expression out of the putty, and I somehow just seemed to get the feel of it right away. Some sculpts, and I'll use the next piece as an example seeing as she is also a Kev piece, can take a lot more work to get anything out of the expression, whilst others you see the subtle contours - or in male faces often less subtle - and all you need do is effectively follow the lines. In the case of Blanche, the arched brow, playful mouth and slight tilt to the head just made sense to me immediately. I could emphasise the brow and direct the eye to reinforce the expression and that was pretty much it. 20 minutes later I had a face that I really love the look of. ^_^

Foxtrot (finished) below, also from Hasslefree, was a slightly more difficult task as the raw sculpt has a more neutral expression... 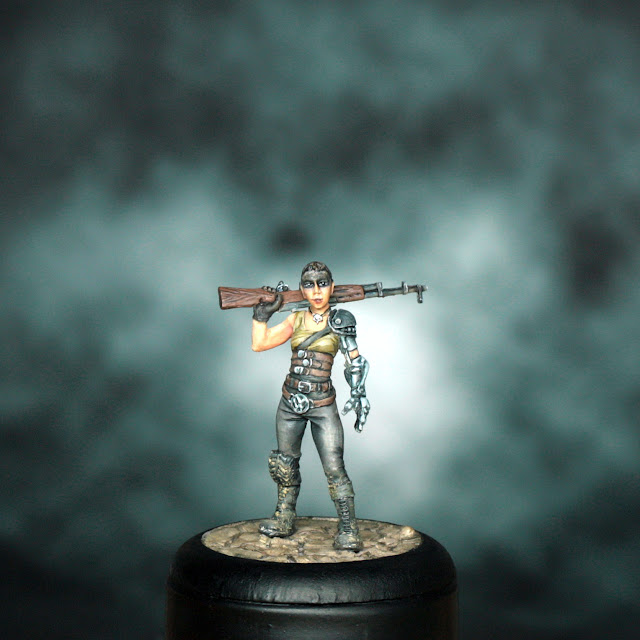 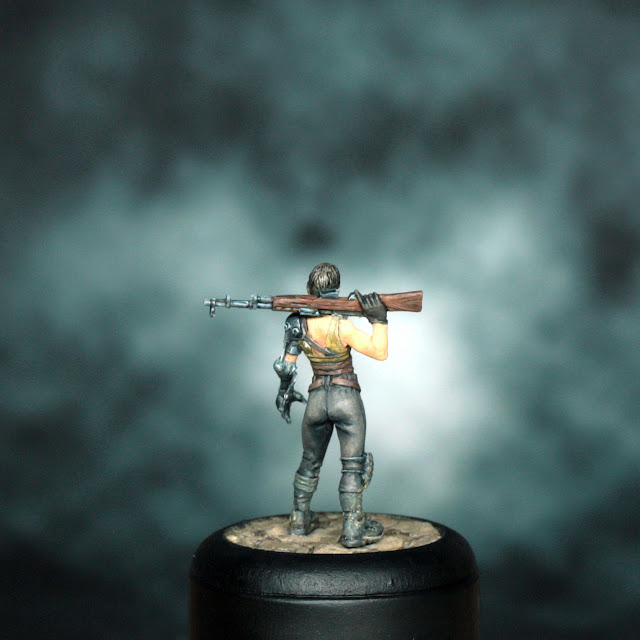 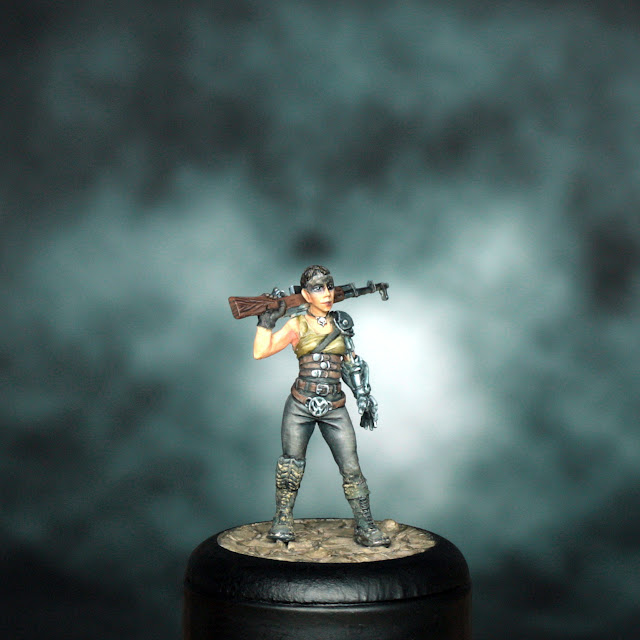 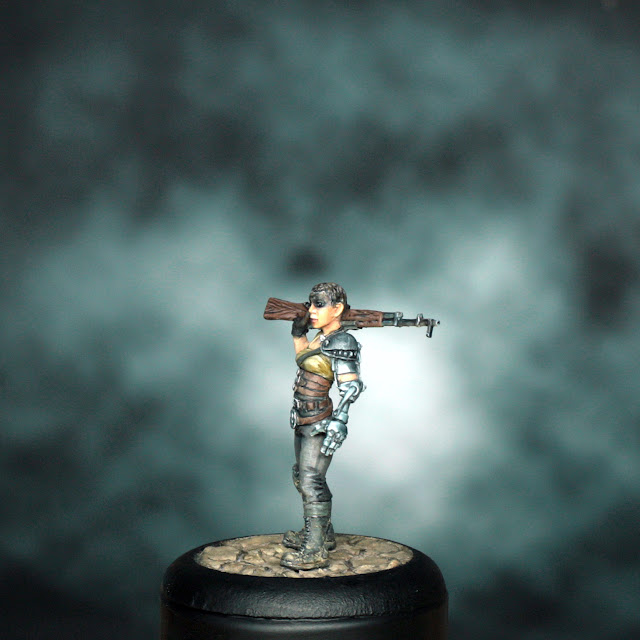 So, whilst I was happy with much of the technical aspects of the painting - especially for a mini that is so tiny - I was less pleased with the atmosphere that I could conjure out of the sculpt. Like I said, I still enjoyed this piece as a whole, I just haven't necessarily squeezed the best out of her.

The starting survivors from KD:Monster were already amazingly hand sculpted by JAG before the KD team pulled a bit more expression out of them in 3D digital mode. So much so that I've been able to create a slightly different look and feel each time - 3 times so far - that I've done them. Here's the finished commission 7 by the way...

I have a Patrick Keith lady and a Joaquin one primed up for when I finish Blanche, both of which I like the look of the faces, and the amazingly anguished face of the Kingdom Death 1st Lion Knight too, so I should be kept entertained for a while...

That's it for now. I hope to get an update in before the Salute show, but, if not, I plan to take the camera along to the show again this year, with a view to getting a winners post up again. 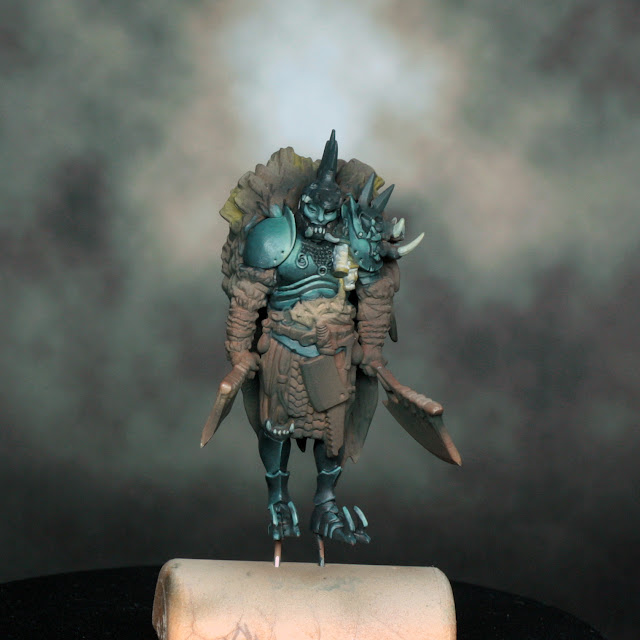 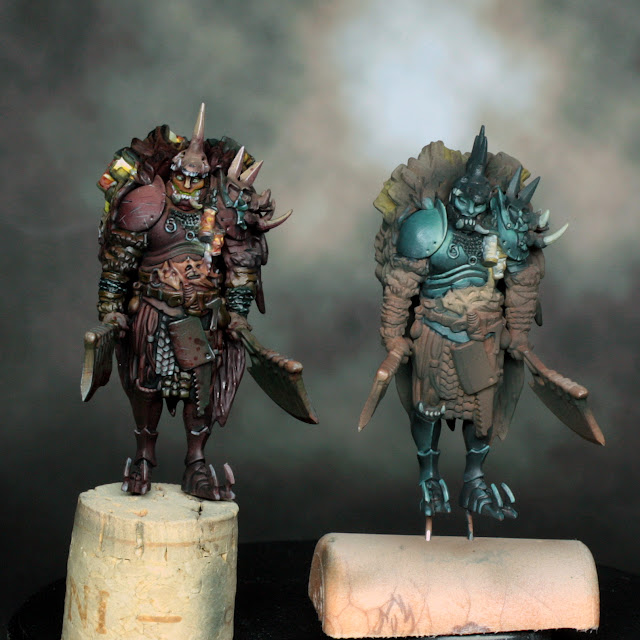 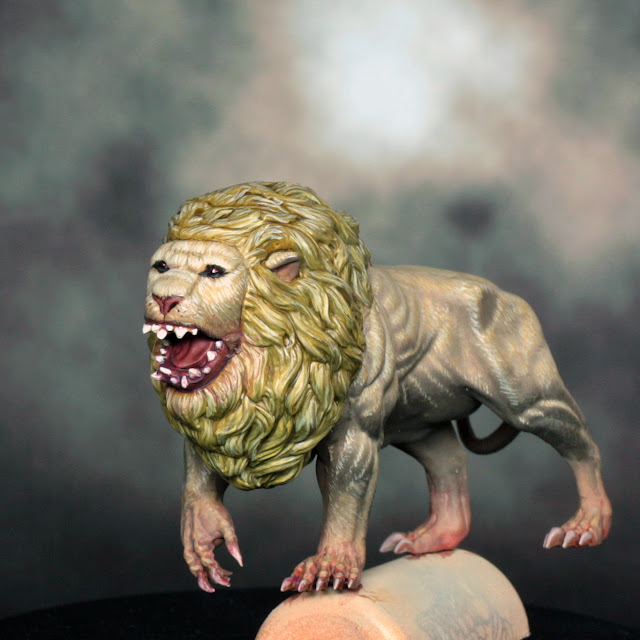 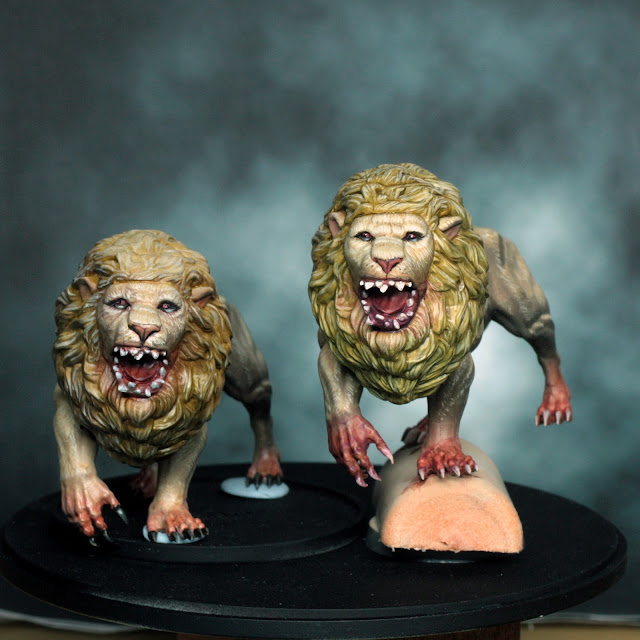 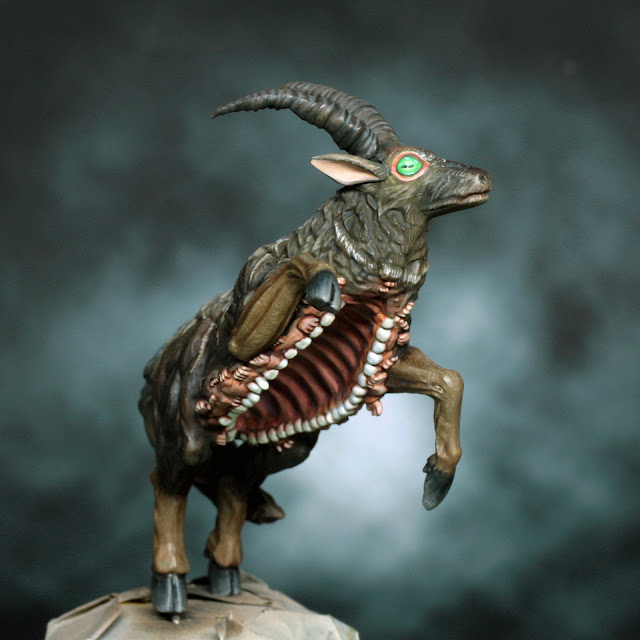 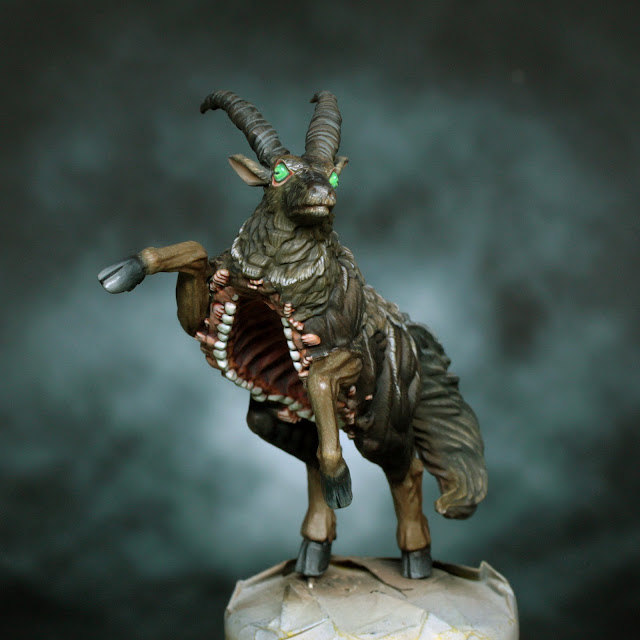 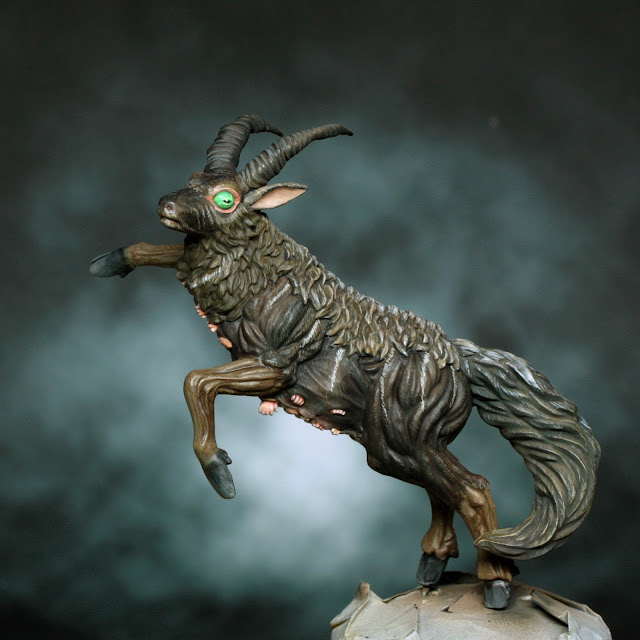 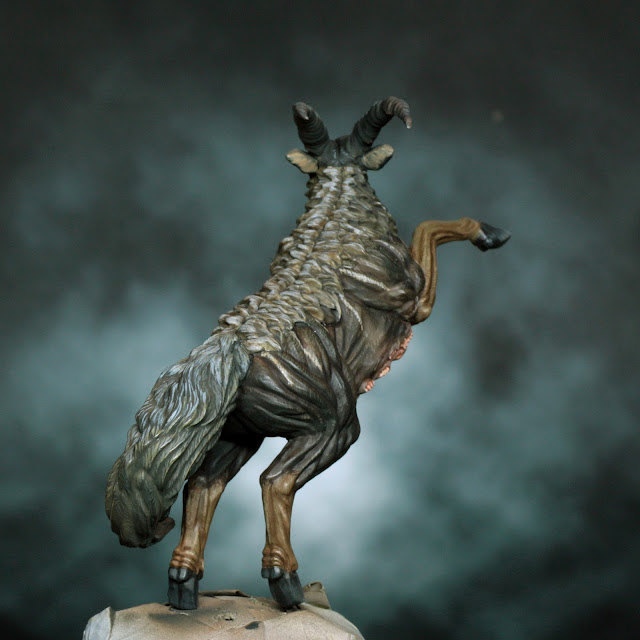 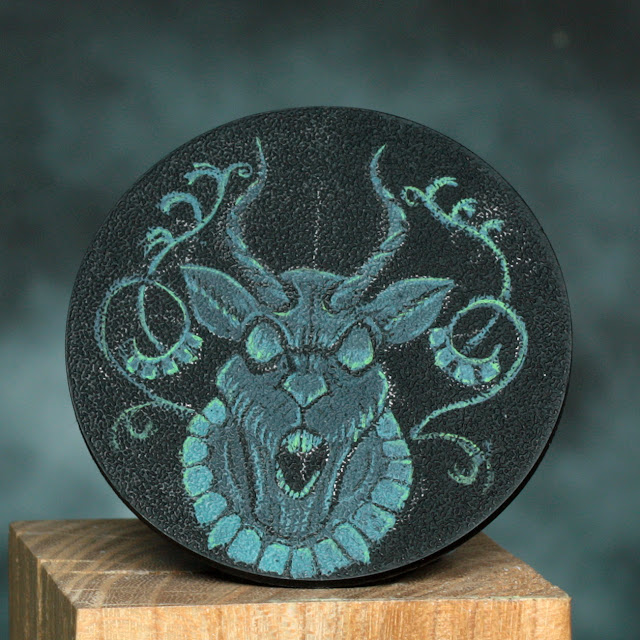 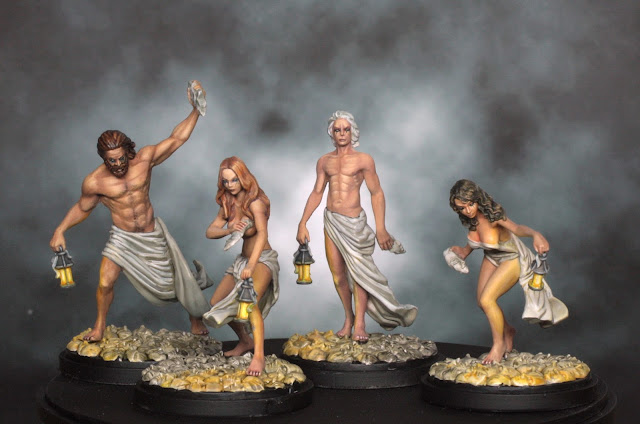 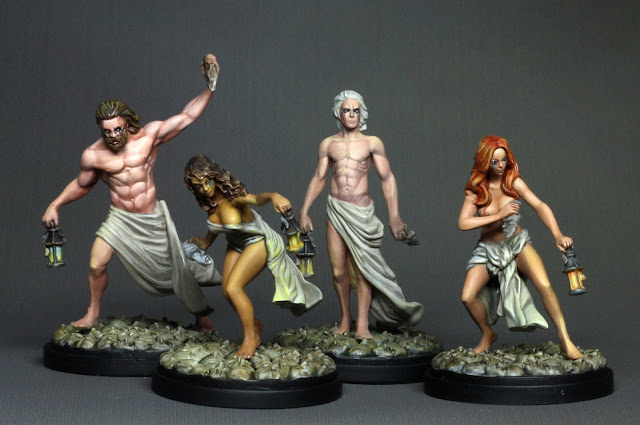 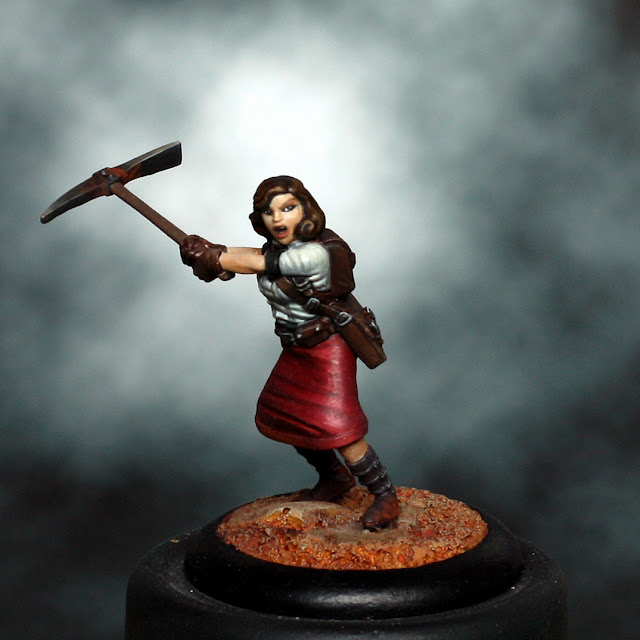 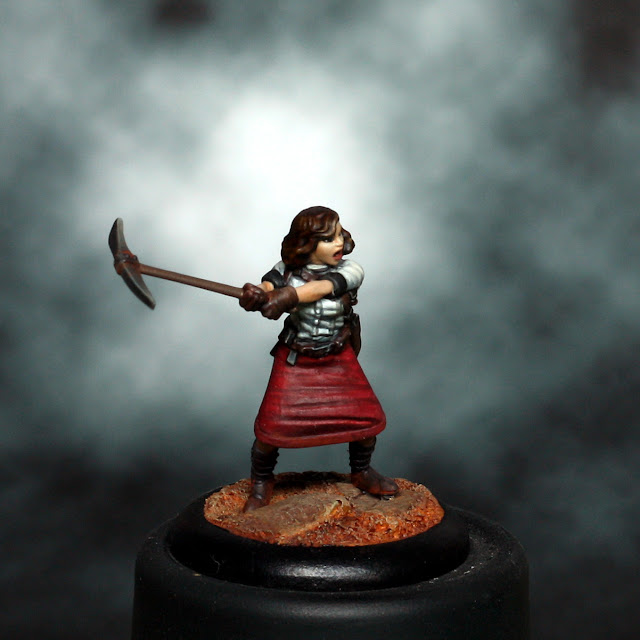 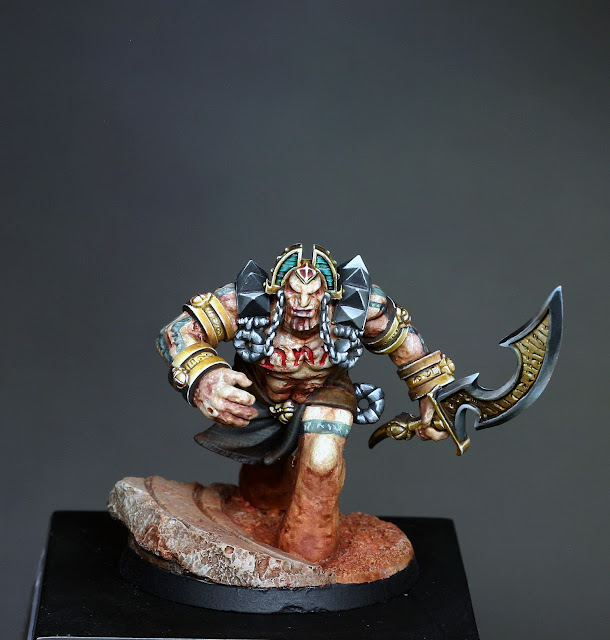 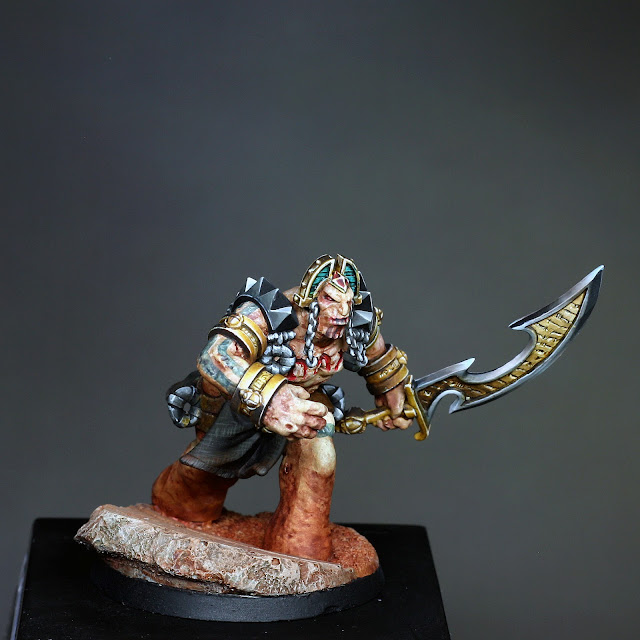 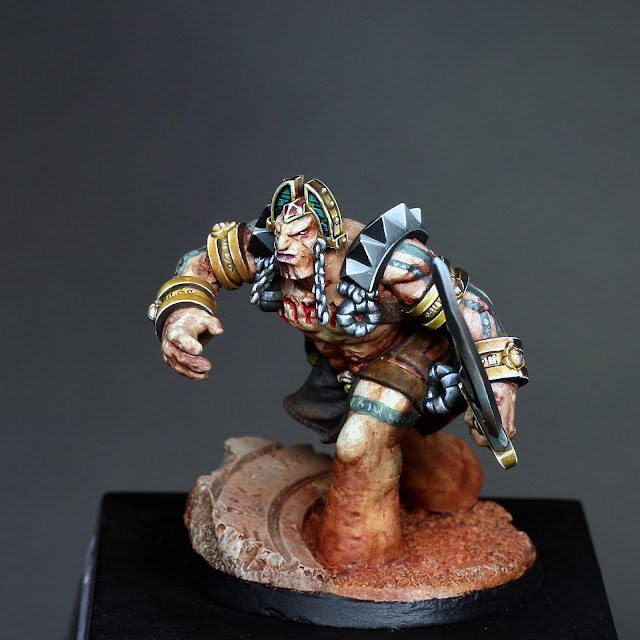 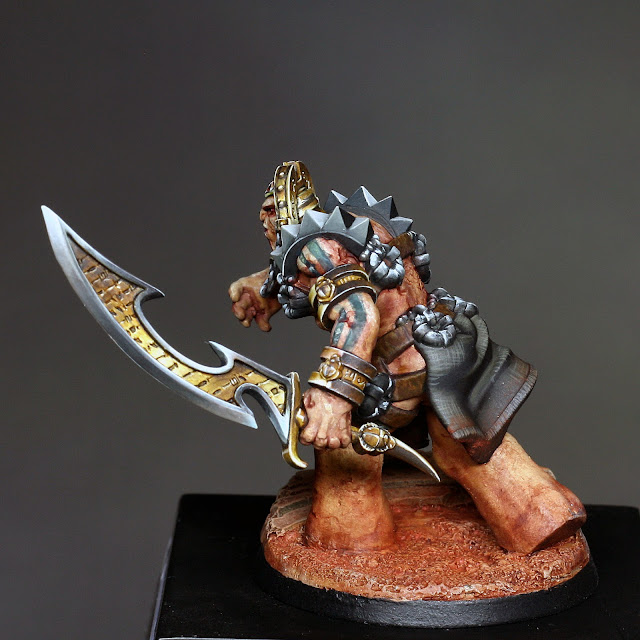 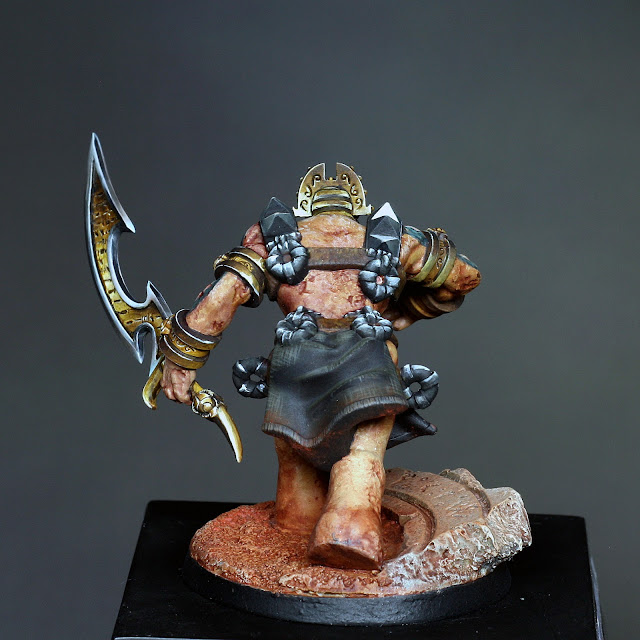 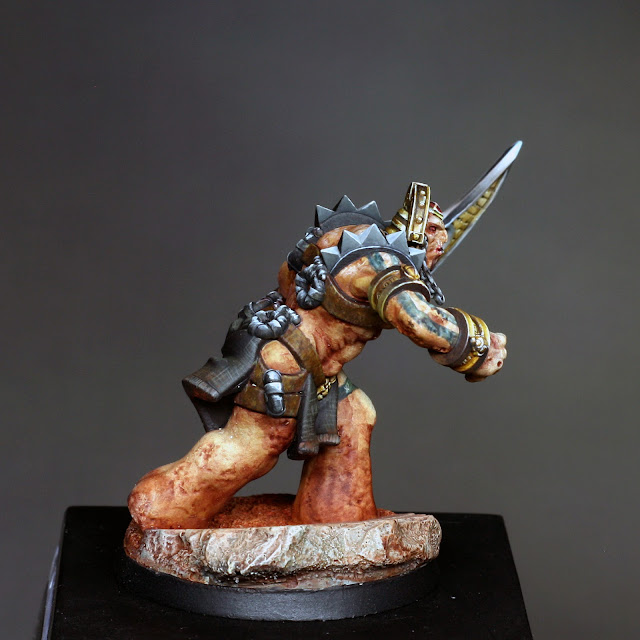