I've been quiet just lately. Why? Well, fortunately I managed to dash off for a week in Kos with the family. It was a superb week where I nicely recharged the batteries - not least because we were sharing our room with the little one, so it was a load of early nights, which were were more welcome than I had realised. July and more so August are very busy months with my day job, so it was good preparation.

On my return, all keyed up to get back to the painting desk, I discovered that we brought the good weather back with us! The thing there is that when your man cave is touching 30 degrees at 9pm, it's not really conducive to painting. So I managed less than I might have hoped in terms of progress to show - but I have made progress on something that I can't yet show for Kingdom Death... ;)

Basically, I've thrown some pale skin tones down onto the Nightmare Ram ready to do some proper painting shortly. It is intended to be a kind of albino tone eventually, so it is probably a little too colourful right now, but I gives me plenty to work from... 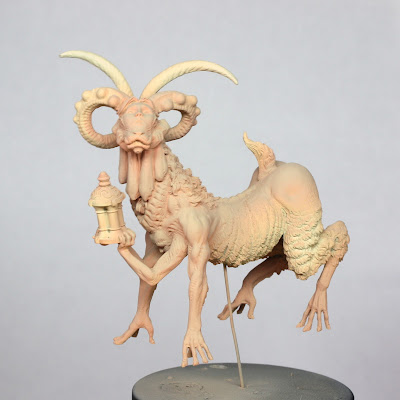 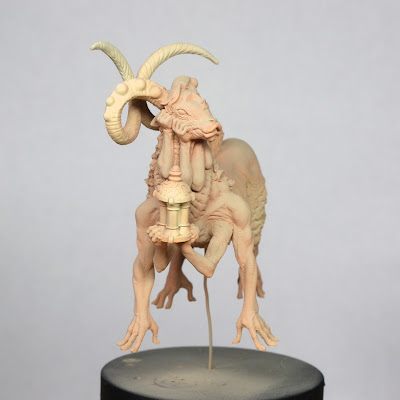 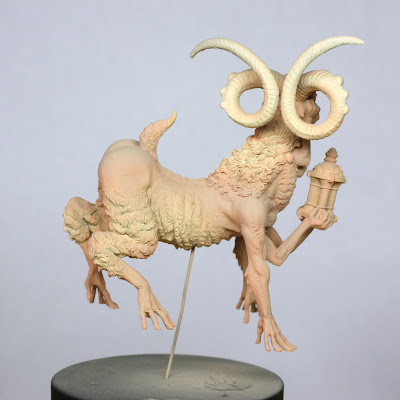 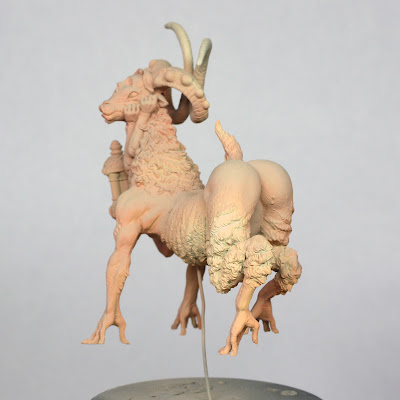 In the last post I showed the kit bashed survivors that I cobbled together in anticipation of Kingdom Death:Monster finally shipping very soon - LINK - (Congratulations to Adam Poots and Anna on the birth of their baby boy too) and I have had a little play with some washes to see what can be done quickly and effectively, so that the game pieces can be put on the board with some colour on them.
I also want to explore the inky eyed look that is prevalent in the early artwork associated with Monster. There's something about it that just adds that something "more" to the people and I fully expect to do more of it, especially with my starting survivors. In fact, I just remembered that I actually did inky eyes on Allister and Zachary when I first painted KD's own starting survivors. It was eventually decided that the ink would be reduced in the final version, which you can see here - LINK - but I don't think that these photos have ever seen the light of day! 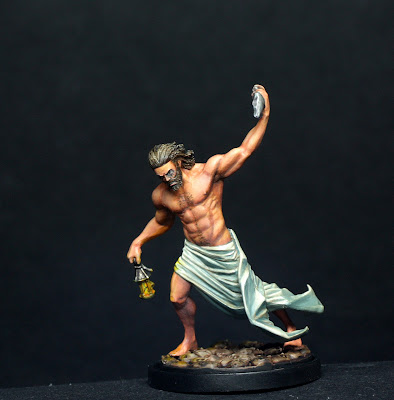 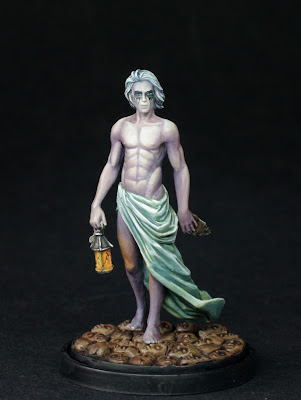 Funny, but these models seem like a lifetime ago in terms of personal painting progress, but I do still remember how much I loved painting these sculpts from JAG (of course!!).

Anyway, this was probably no more than a half hour to an hour's work on this new survivor's head... 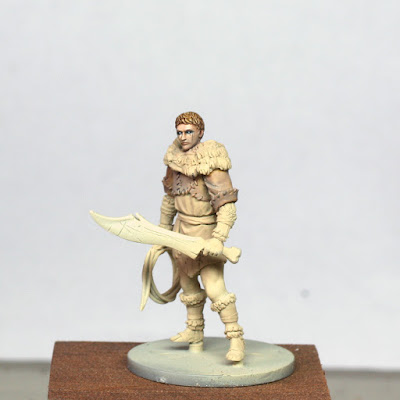 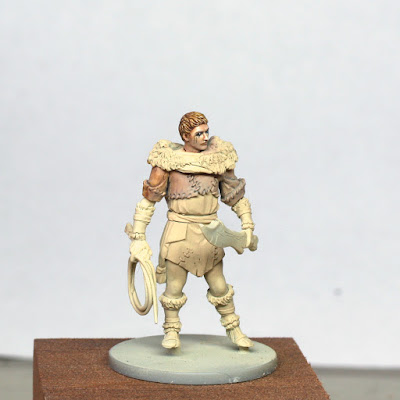 Just slapping washes and inks onto models like this can produce some striking effects at a tabletop level. Sure, they won't stand up at display level, but I'm looking at quantity over refinement when I have between 70 and 100 minis coming!

A final thing which may be of interest to people who would like to see what I do up close...

WAMP ran a successful Kickstarter a few months back and amongst the pledges was a weekend workshop...

"Wamp Workshop
If you really want to take your painting up a level then this is for you. We are offering the chance to receive two days of hands-on personal tuition from two of the painters featured in this very Kickstarter. Scott Hockley and John Keys are renowned UK painters winning numerous awards between them and both experienced in delivering first class workshops. Each day you will spend with one of the tutors learning great techniques such as weathering, NMM, OSL and colour theory. You will also receive a miniature from the weekend and follow up advice after the event that allows you to go home and try things out and get follow up help meaning you can iron out any problems you may encounter.
The workshop will take place one weekend later in the year in the South East/Midlands area of the UK (the location and date will be confirmed later)
The Workshop is only available as part of the Ultimate pledge and the price includes a complete set of brushes, the brush soap and either a brush roll or case. Places are limited for the workshop.
(Please note the price includes Workshop Ticket, Brush package, miniature and paint. It does not include travel or accomodation)"

Now. Due to the date chosen for the workshop, two of the original participants can no longer attend, so we have two vacancies at time of writing. The class will be held on Saturday 29th August and Sunday 30th August in Colchester, Essex. The cost is either £100 for the two days or £150 and you get a full set of the WAMP brushes as detailed in the link above.
If you are interested, contact me ASAP via email or PM on Facebook (though things do get lost in the messenger there if you aren't a FB friend...) and I'll give you more details.
I expect to be concentrating on female flesh and faces for my part of the workshop, John's part is TBC, but it is sure to be great, as you only need look at his gallery - LINK .

Until next time. Have a lovely summery weekend, and don't burn your sausage!