I've been busy lately making a mess and generally being covered in glue/glued to something that should be attached to a model rather than the side of my thumb...

I'll be frank, I don't much enjoy scratch building bases, and kit bashing can quickly become tedious to me too. I know that some absolutely love the "messy play" part, but for me, I can't wait to get to that primed stage where everything is tidy and my desk is no longer covered in shavings, saw dust and sand/tea leaves/off cuts of wood and cork/plasticard/sculptiboard.
What I'm also not keen on is waiting for stuff to dry. I guess that most people assemble more than one thing at a time and just move on, but I usually can't work with more than one, two at most things on the desk at once.
With that in mind, I'm breaking all of my own rules with 2 unfinished commissions, a painted but non-based piece (Virago), a diorama and what has become 6 individual kit bashes standing on or around my desk!! And I'm really not enjoying the mess and lack of focus.

So what am I doing?

Virago and her beau are sat waiting for their bases before final touches.
I've prepped the next commission piece ready for priming, but I can't reveal that yet.
The diorama is largely "built". It needs the floor to be finished and a load of flora will be added once the base is painted, and the models are built ready for priming.
And while I wait for putty, filler, caulking, PVA, superglue and sandy paste to dry, I decided to start putting together the prototype Kingdom Death: Monster survivor armour kits that I've had for a while with a view to seeing how I might go about some table top level painted models to go with the game when I lands *this summer*.

I'll start with the gang... 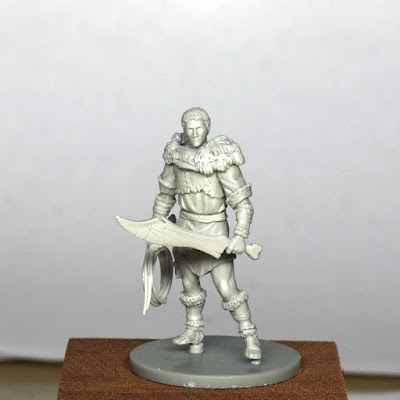 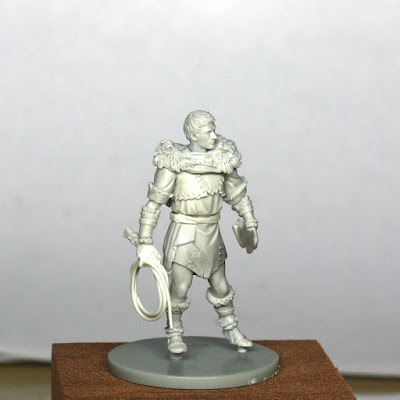 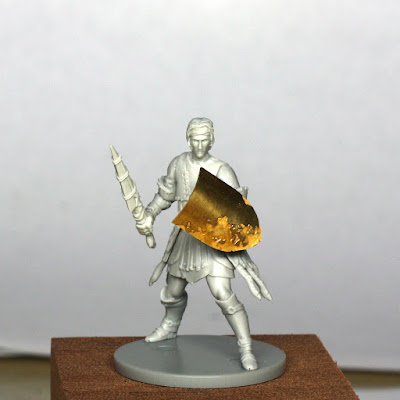 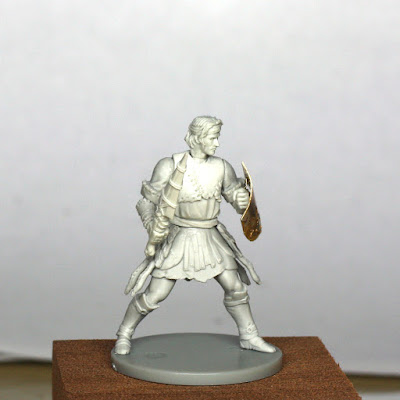 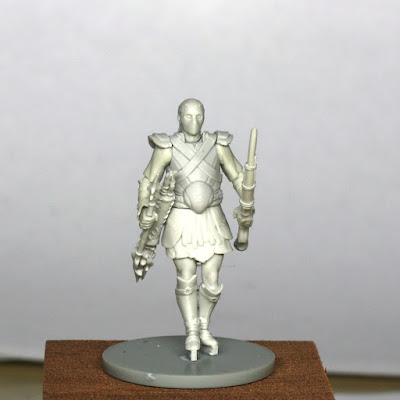 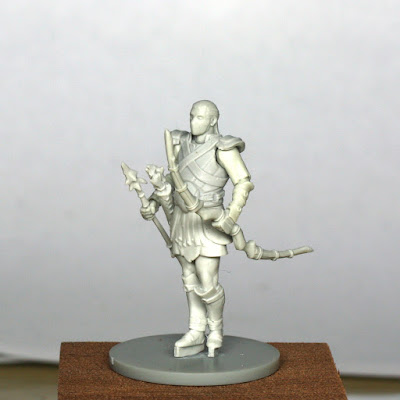 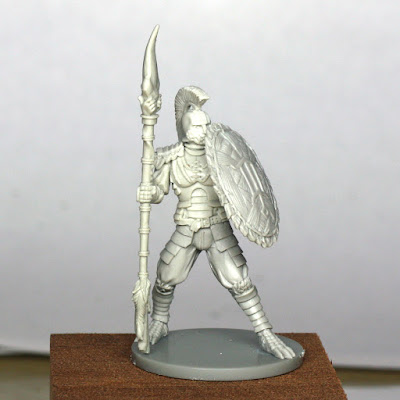 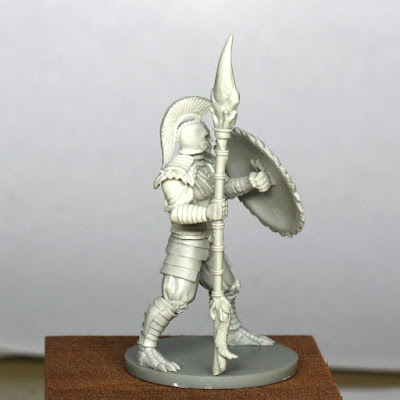 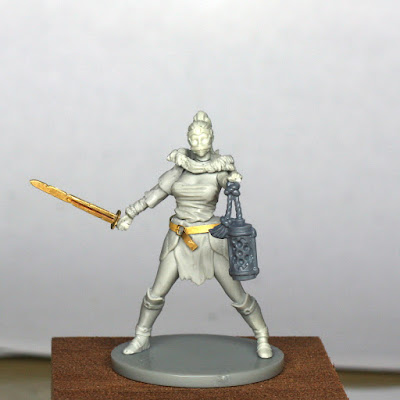 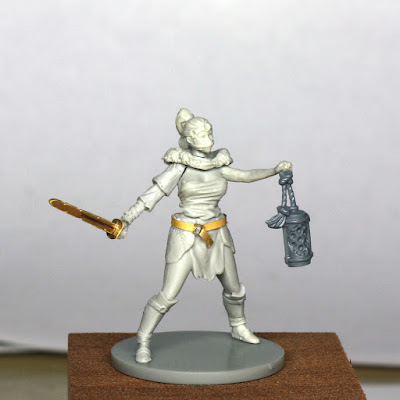 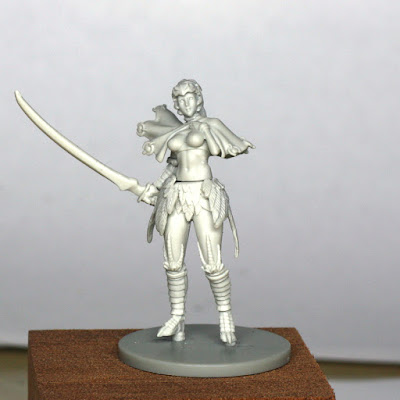 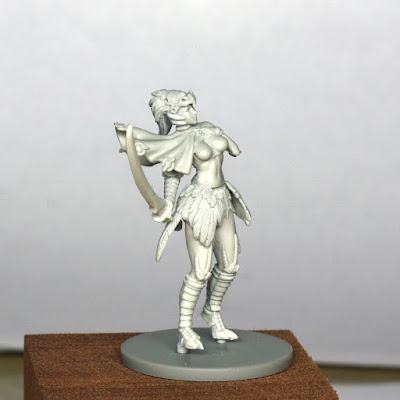 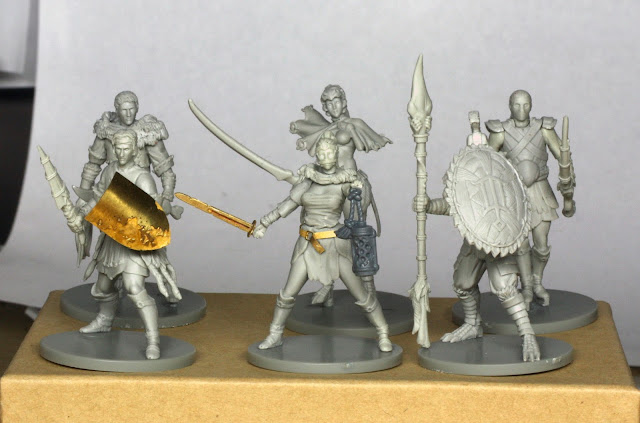 I was quietly impressed with the differently expressive dynamism I could make from the kits. There is still some tidying to do, particularly with the last girl who is a partial bash from an Architect Pinup too. I plan to add some more brass etch here and there too (Etchmaster brass etch) to further individualise them, but they make an interesting rag-tag bunch! ^_^

Expect sporadic progress with them when I'm in the mood or have some paint mixed up that is going spare...

The diorama of doom is already a heavy old lump... 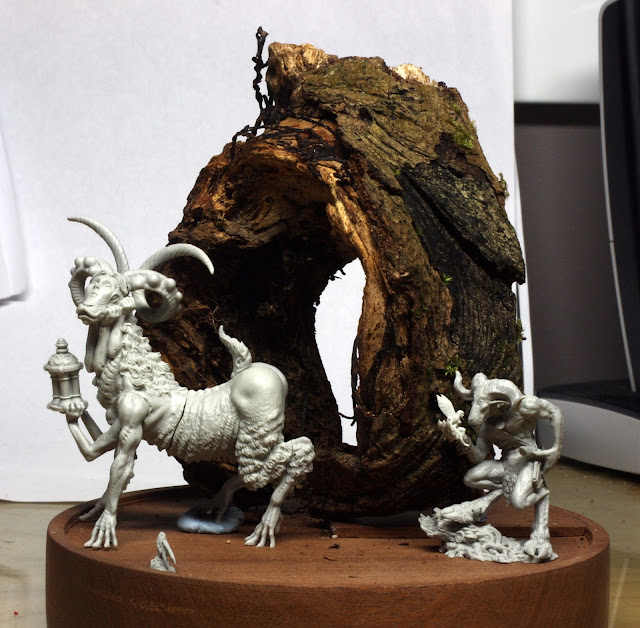 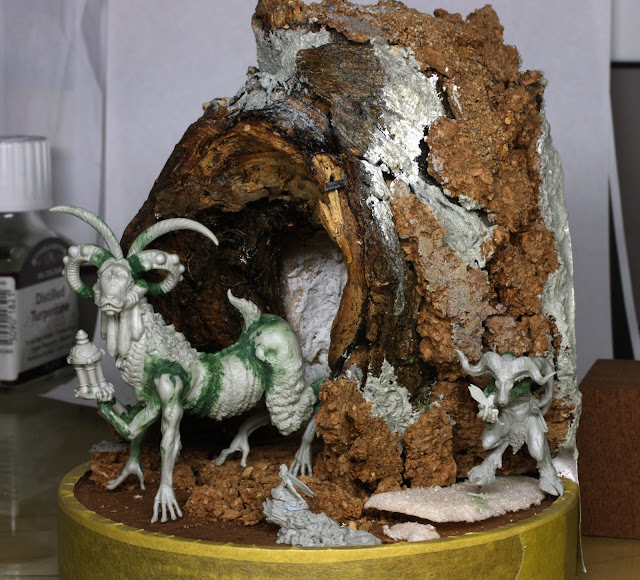 There was quite a lot of filling and fixing on the Nightmare Ram - not a kit for the inexperienced modeller - but the sheer quantity of stuff to make the cave is silly, especially because I'm trying to keep it "lightweight"! lol

It's in that "looks crap" stage right now, so I fully expect you, the viewer, to be less than impressed, so I'm fine with that, and that's also part of why I am not enjoying this phase of the project either.
The other thing is that so much of this will be obscured with foliage when painted that it's kind of pointless to show this stage, but there you go! lol

Hopefully the next episode will have paint!