It's been a little longer than hoped to put up a worthwhile post. There's been several reasons for this. Mostly it is down to being a bit too warm in the cave to do much painting these last few weeks. It's not so much paint drying, it's more the fact that I would need to be just about naked to sit there, and the heat does my concentration in too. The other thing is that I've had too many projects on the desk at once. It ruins my work flow to have more than a couple at once there. I suspected previously that this would challenge me, and so it proved to be true.
My solution... I re-arranged the display cabinet (to help incorporate my most recent award from Salute), cleared a space in the lowest shelf for in progress/nearly finished stuff and cleaned the desk.
I had also been waiting on some special wood from a friend, which I have since had made into new plinths. 4 hours of sanding and varnishing later and I have over 30 spaces for new minis! Better get on with it! lol

That meant that I needed to get some cool air into the cave and get down to the paint, and a bit of mess making for the bases of the Ilyad pair from a little while ago. I prepped up the bases made out of cork, slate, coarse sand and sandy paste - oh, and a little bit of driftwood that I squirrelled off of the beach in Kos! - which I created as a kind of topper for the plinths - I quite like the effect of keeping some of the top of the plinth clean, particularly when using good looking wood. Last night I then painted up the toppers, which just leaves some blood effects, vegetation and a dusting of pigments to do, then I can call them done, at last... 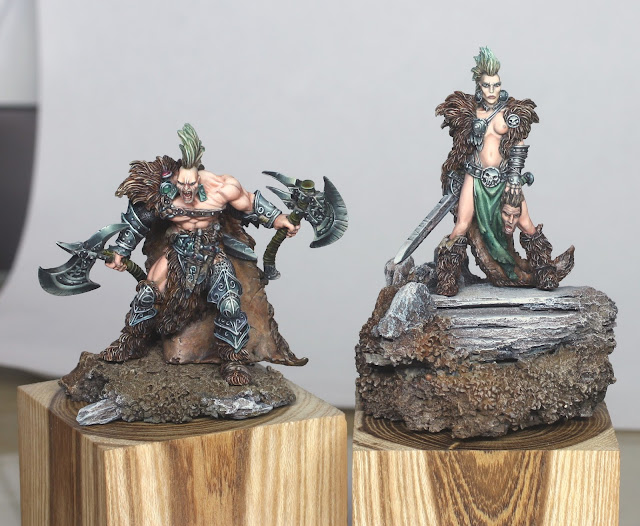 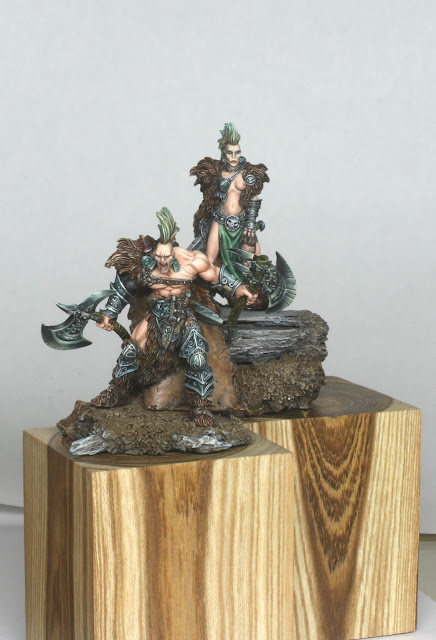 The second image is actually a position where the two base toppers kind of interlock. It would take a bit of jiggery-pokery to place them on a single plinth, but I'll see if I can do just that once everything is finished.

While I was waiting I did do some painting, and one piece in particular was done as an experiment for the impending slew of Kingdom Death:Monster models. I wanted to see if I could paint up the survivor models quickly to a certain look, so I did the guy from the last update. I actually re-painted him from scratch, and did the whole thing in 2 hours, not including assembly and priming (probably another hour, but I built a whole crew all at once). There are still a few mould lines and some rough bits, but the effect for such a quick job was quite satisfying... 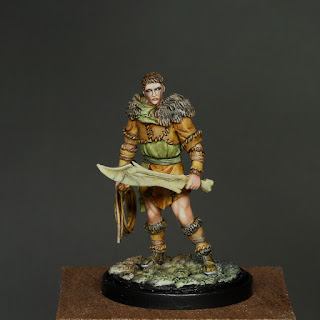 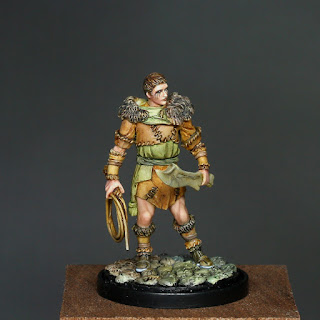 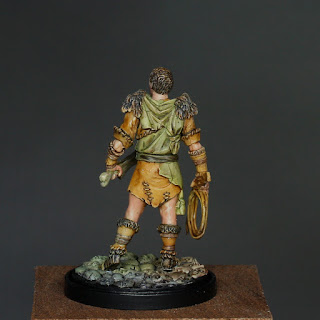 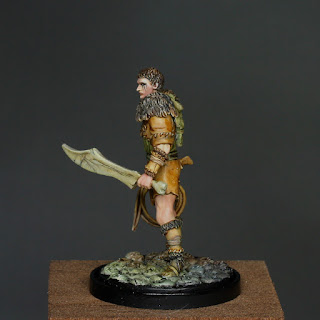 The effect was achieved almost entirely using heavily diluted acrylic inks (Scale 75 plus some old GW ones), some matt medium, and some GW washes. The skin was done with two skin tones. The inky eyes are a feature of the KD art that I really love, so I expect to do that a lot.
Hopefully I'll do a little step by step on another survivor soon to show the simple method involved. :)

I also started to put paint onto the Nightmare Ram. It is going to take longer than the Lion God that I completed a little while back. This is mostly because it is more intricate, so will need more brush work and less airbrushing. I want a kind of albino look to it in the end, so the odd purple tones fit my vision... 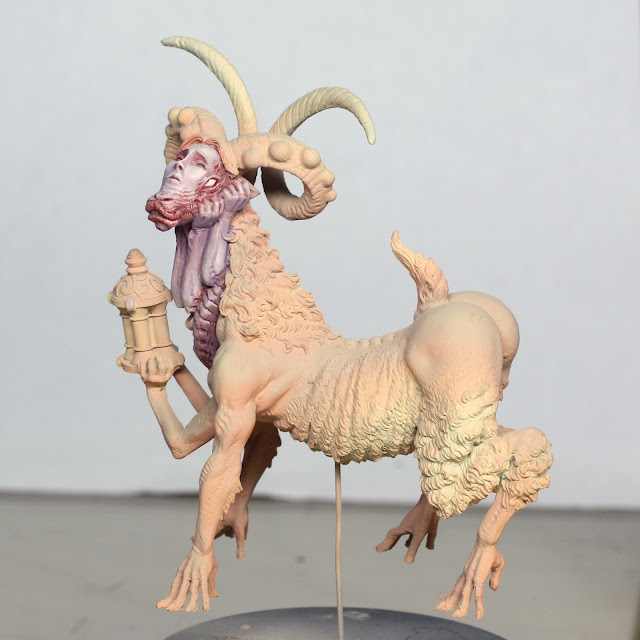 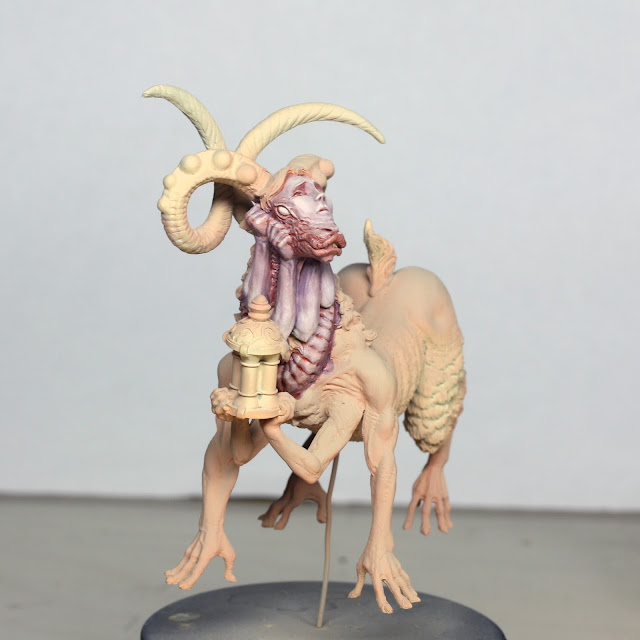 Everything is still rough on this. I think that I will paint all of the skin like this, then tighten up later (like I normally do) rather than finish anything before moving on. It's going to be a(nother) crazy one. I like that ^_^

Other than that, I had my birthday on the 16th. I did receive one lovely mini, with a second to follow apparently. The one that I got was a Pegaso piece that I've loved for years...

It ticks loads of boxes for what I love to paint - aside from not being a lady type - lots of skin, detailed armour, expressive face and weird monstrous sidekick. Just about perfect! lol
Can't wait to make a start, but lots to get on with before him!

Final note, I shall be at Figureworld in Oundle this weekend - DETAILS HERE - and will be bringing some of my toys with me. So if you're about, pop by and say hi.