It's been a tough week or so with work, but I have been (mostly) determined to get the Lion God finished - though I discovered the free GW app game "Drop Assault", and subsequently lost a couple of evenings shooting heretics etc... lol

This evening I put the final touches to it and got some final shots. I haven't actually counted how many lanterns I had to paint on the model, but I doubt that the entire box set of models in the Kingdom Death game will have as many as this one on its own! The glow has been a bit of a chore, and there has been endless tweaking of colour and brightness. In the end I decided to let it be and move on. I still need a final plinth to place it on, but I shall get my friendly neighbourhood joinery to turn that out for me presently ^_^

So, here are the final pics... 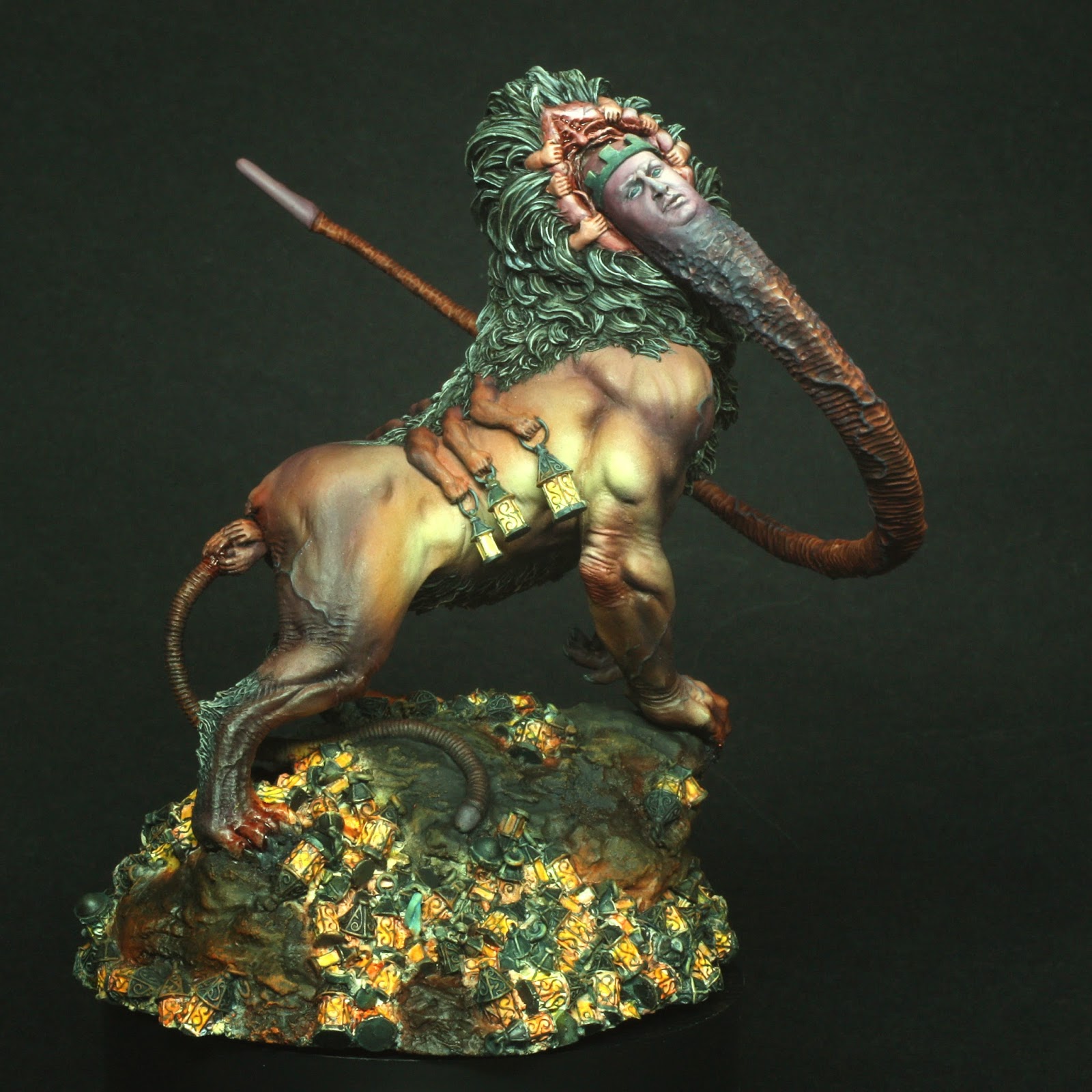 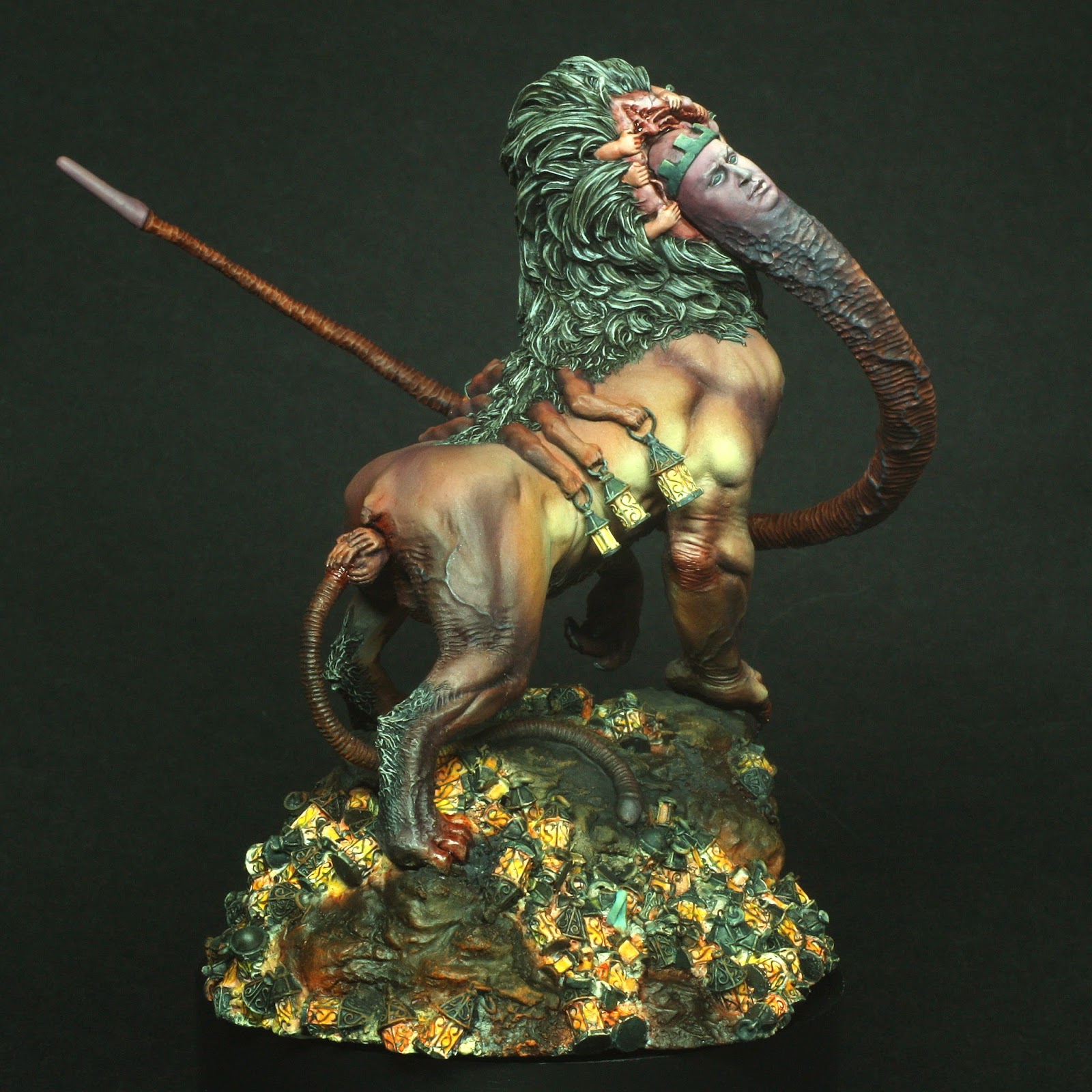 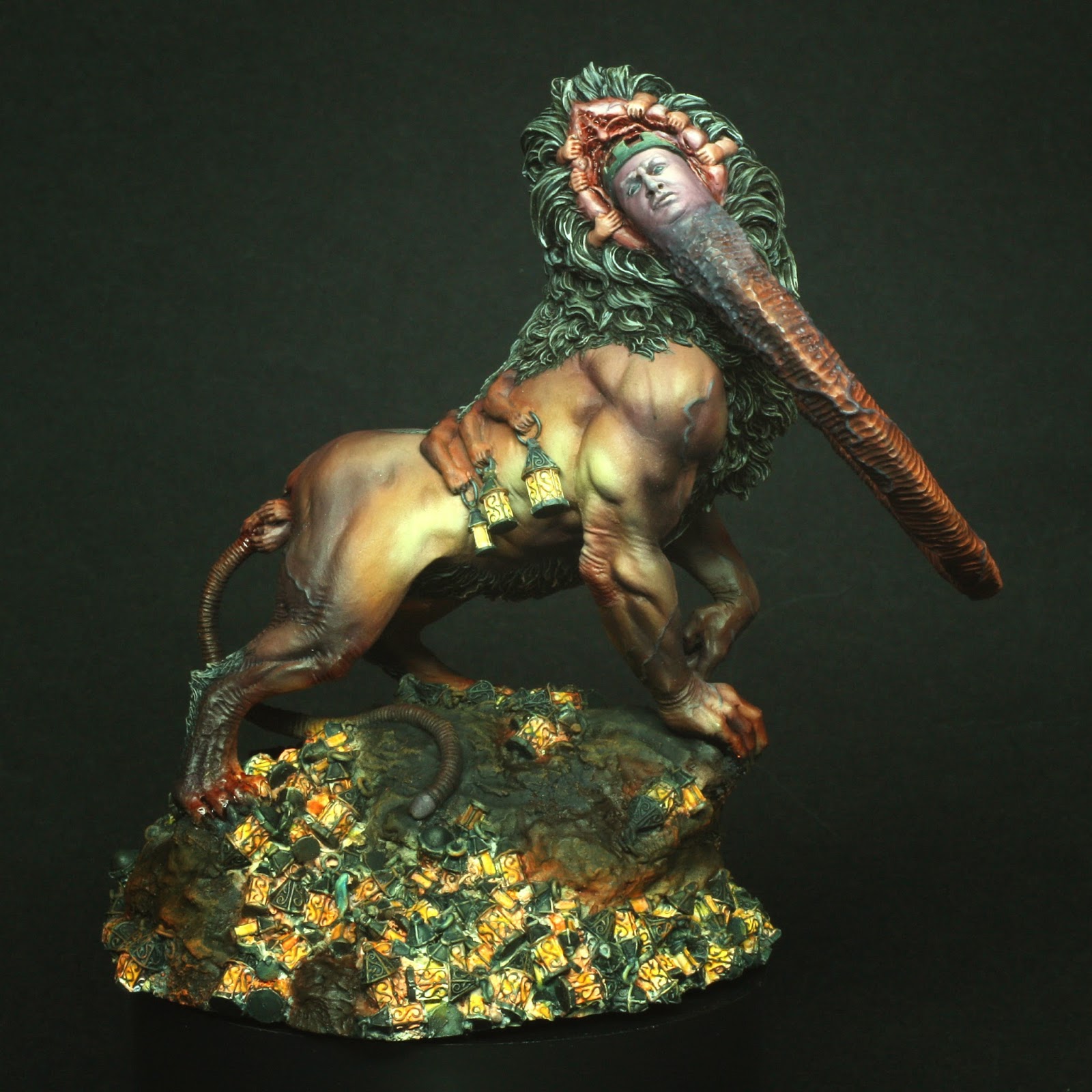 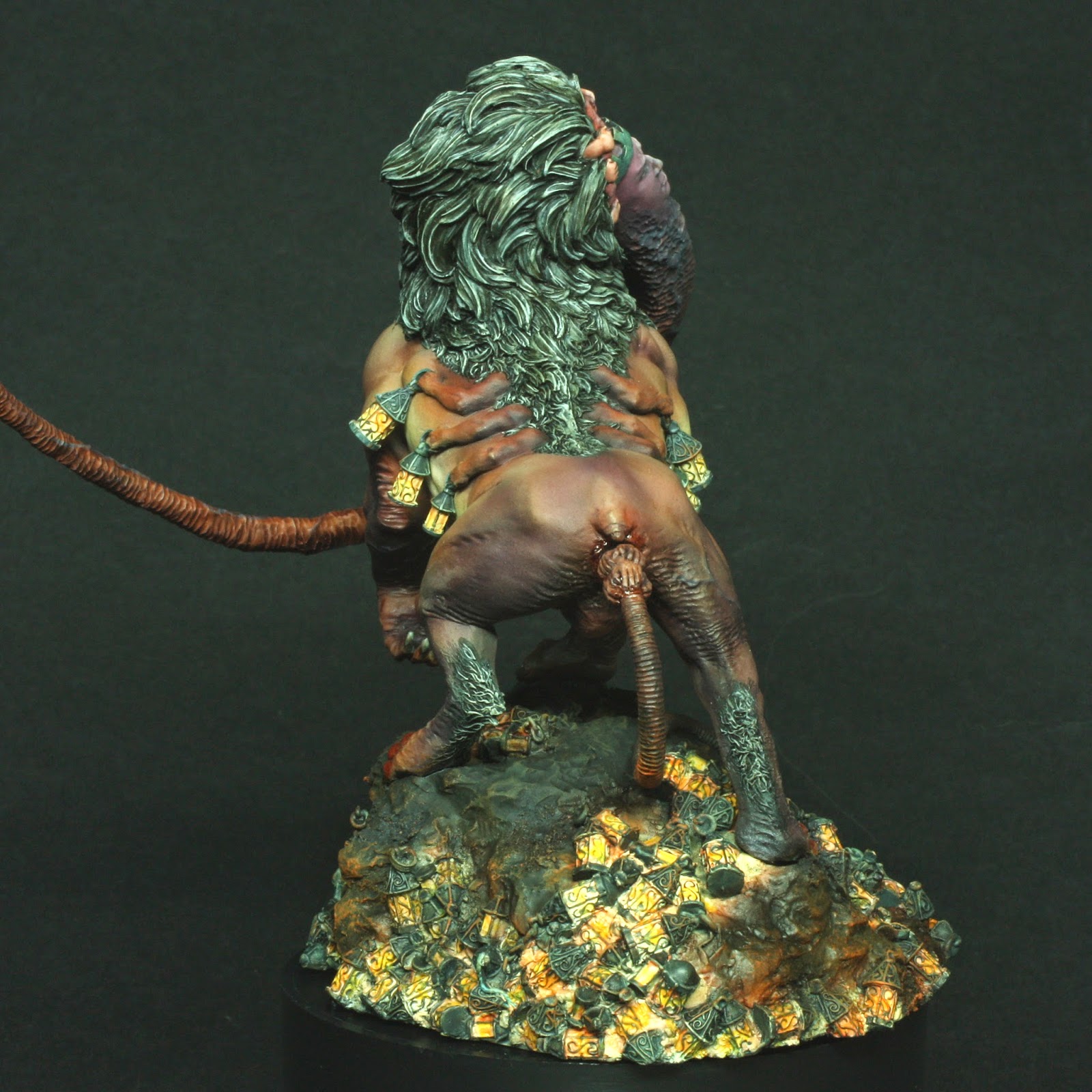 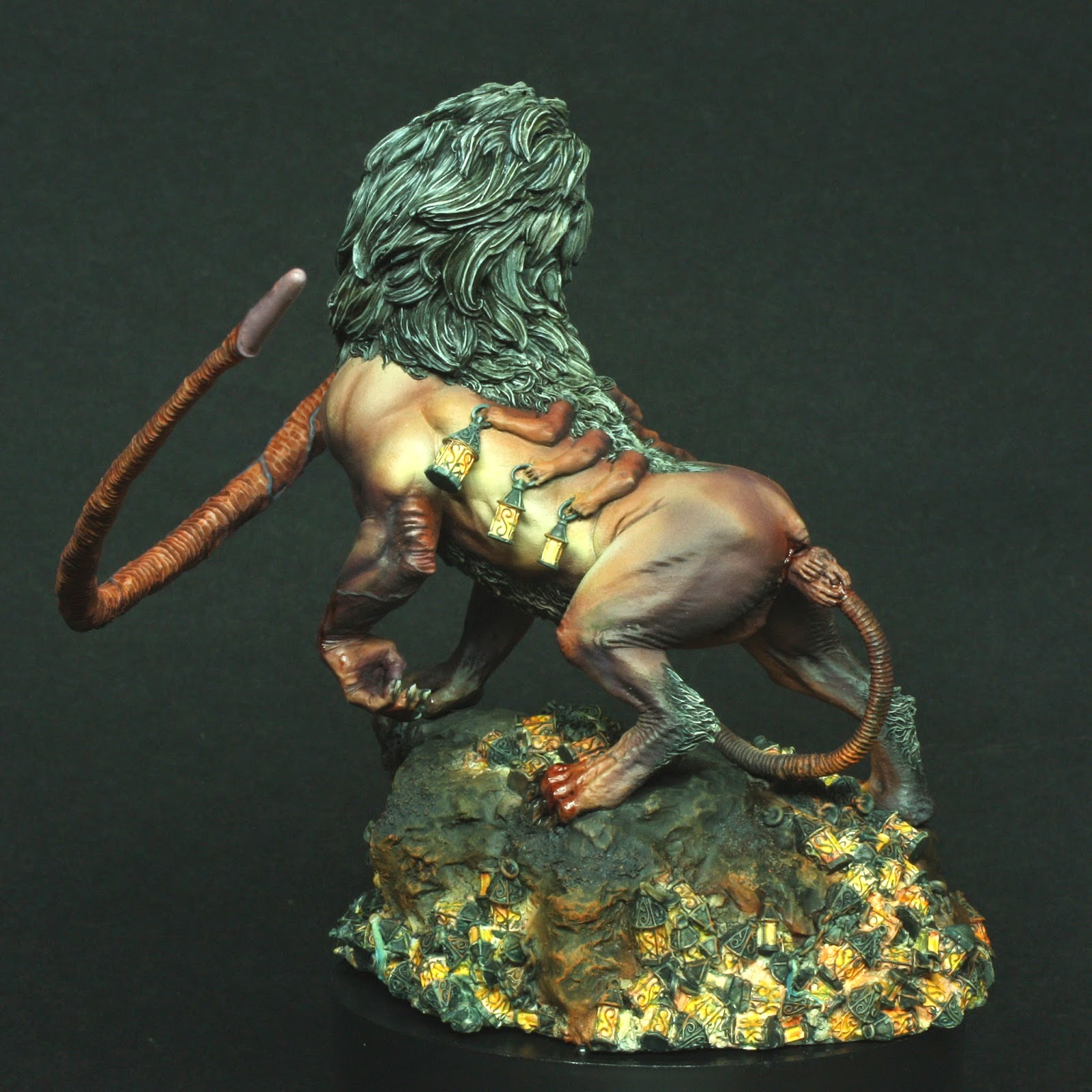 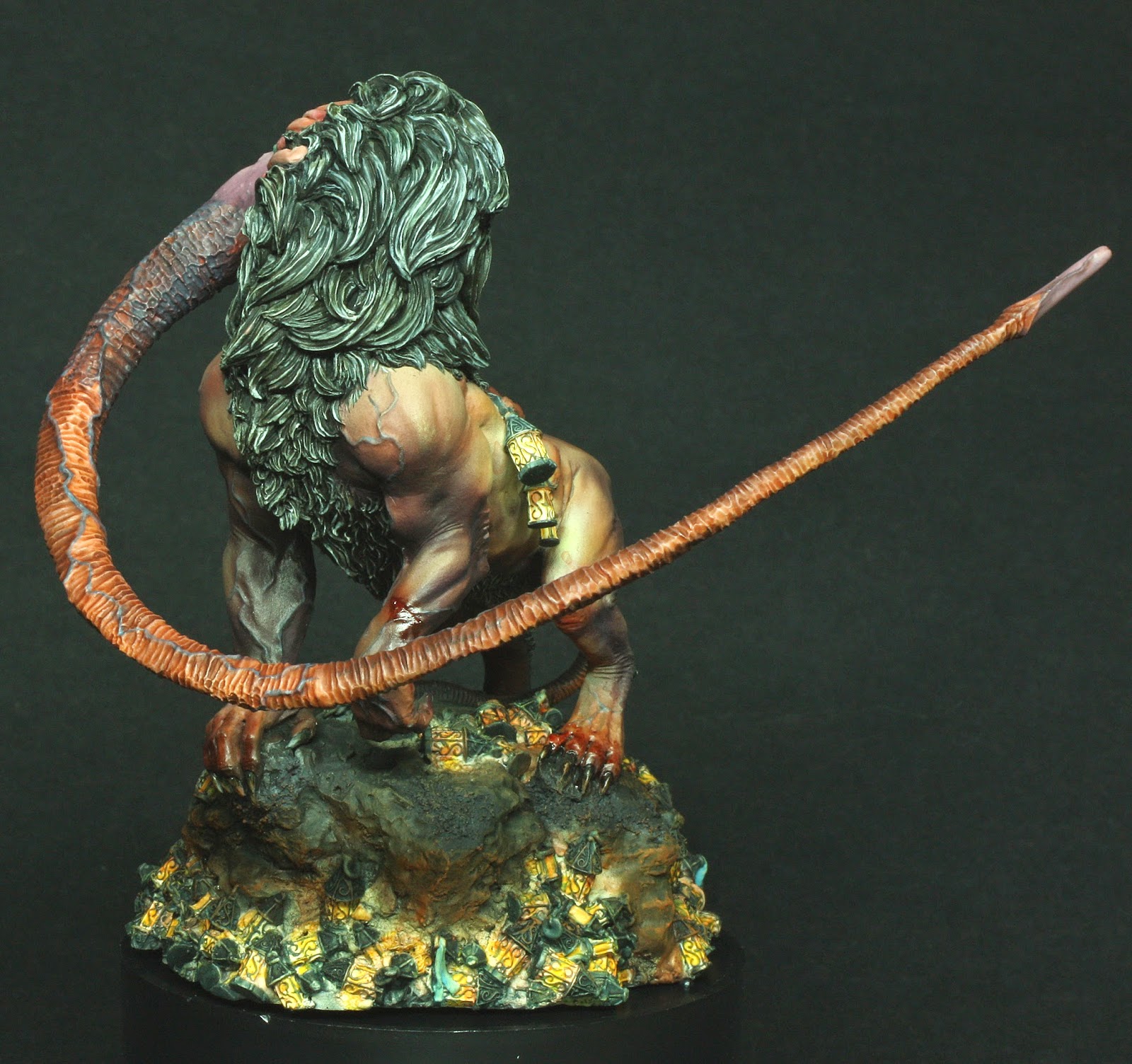 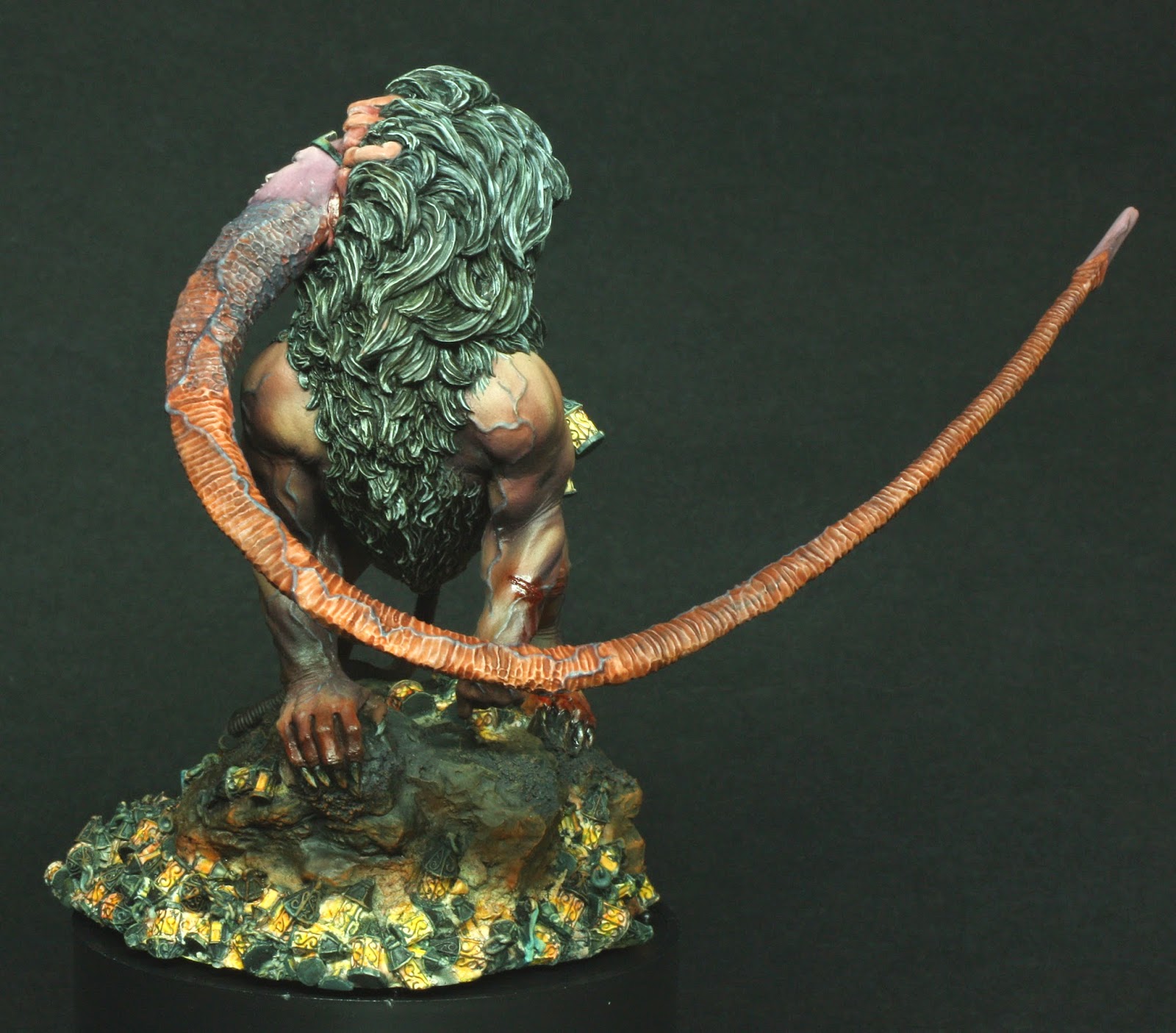 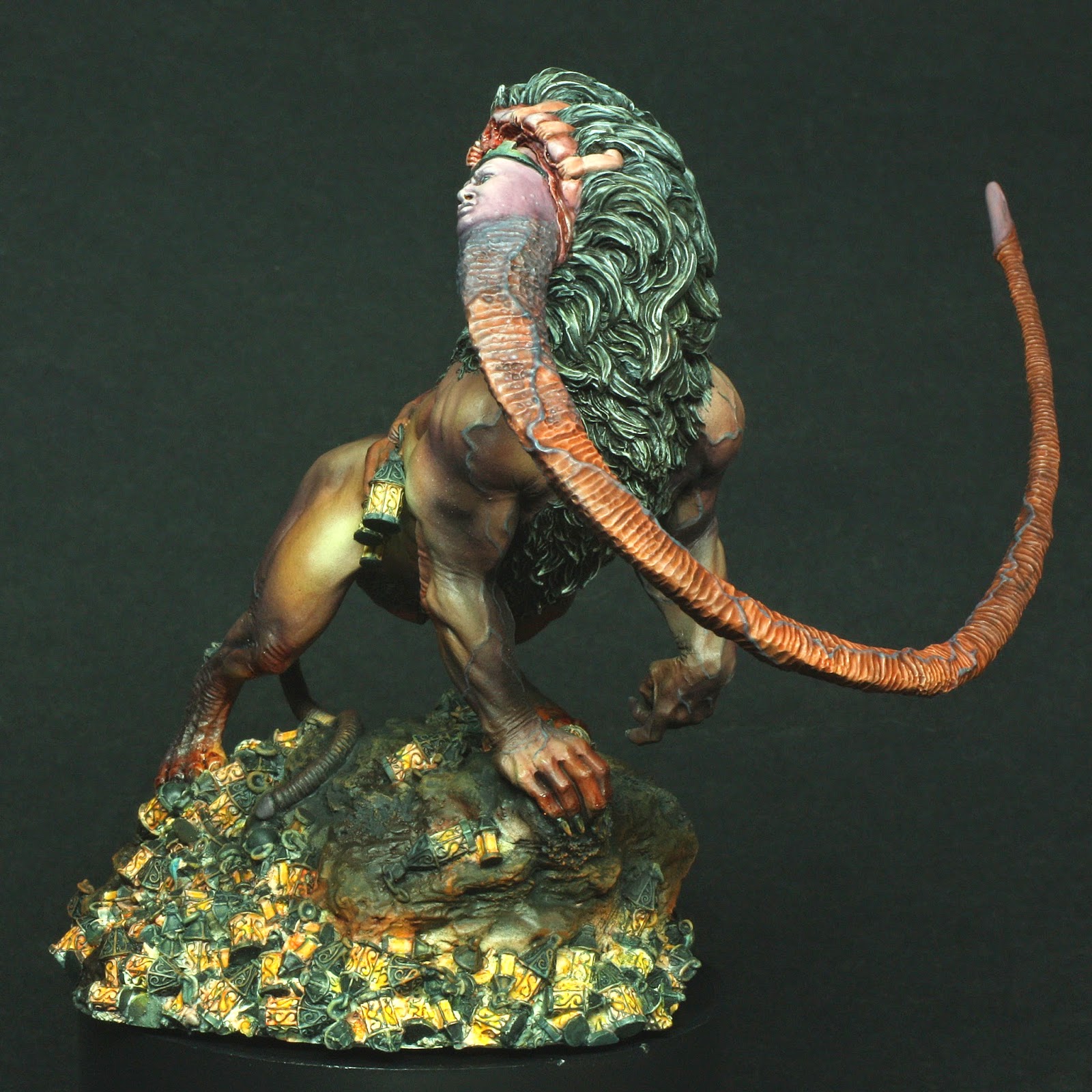 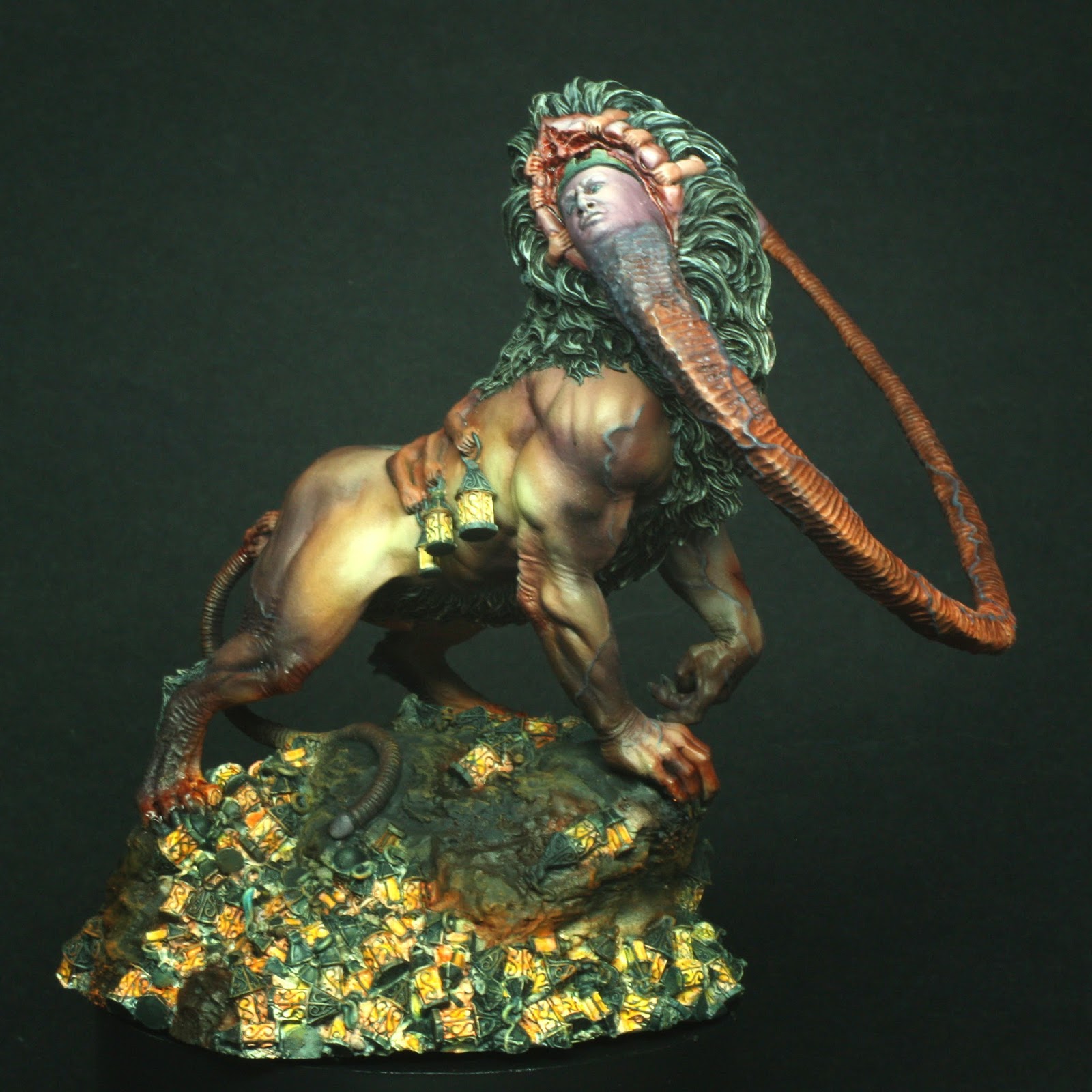 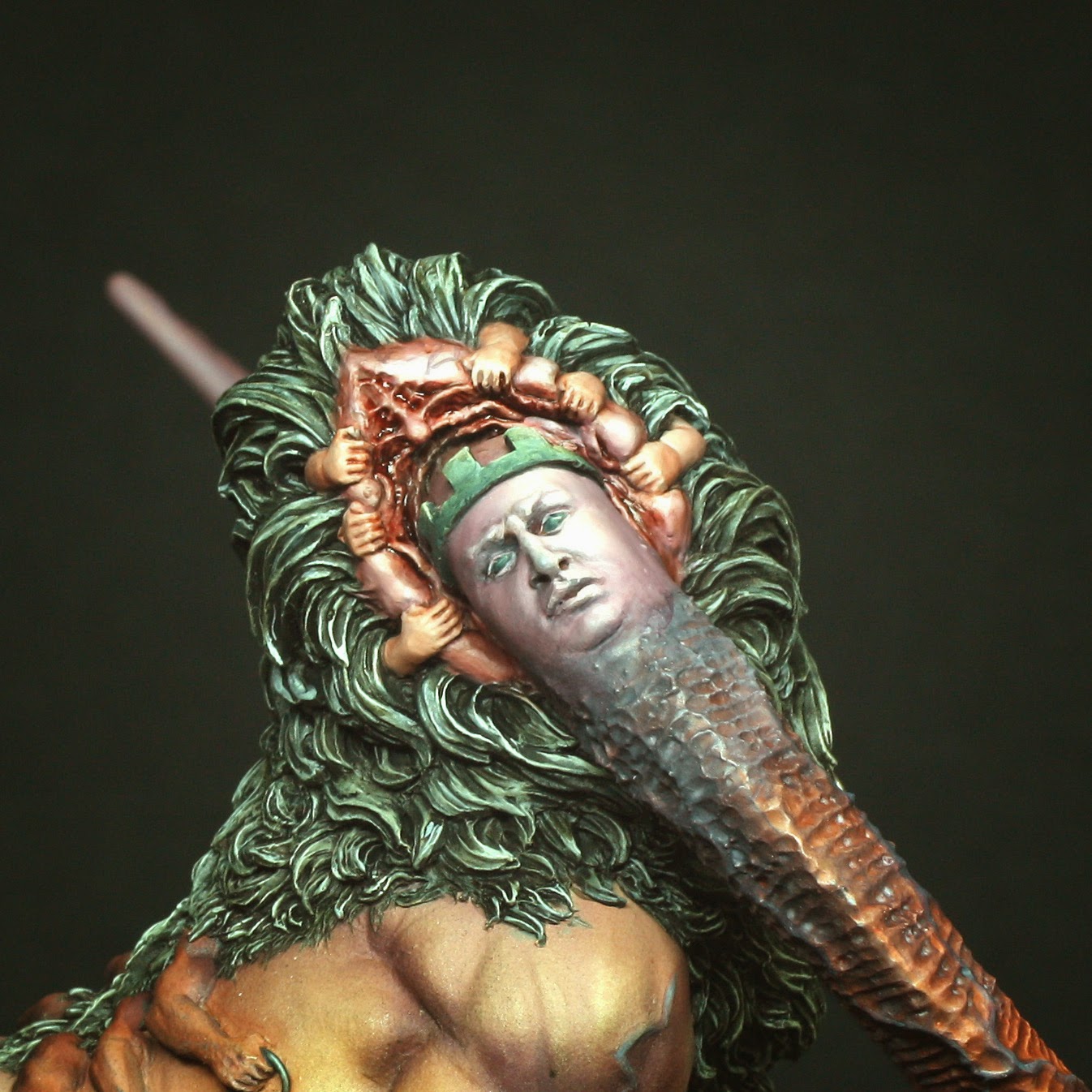 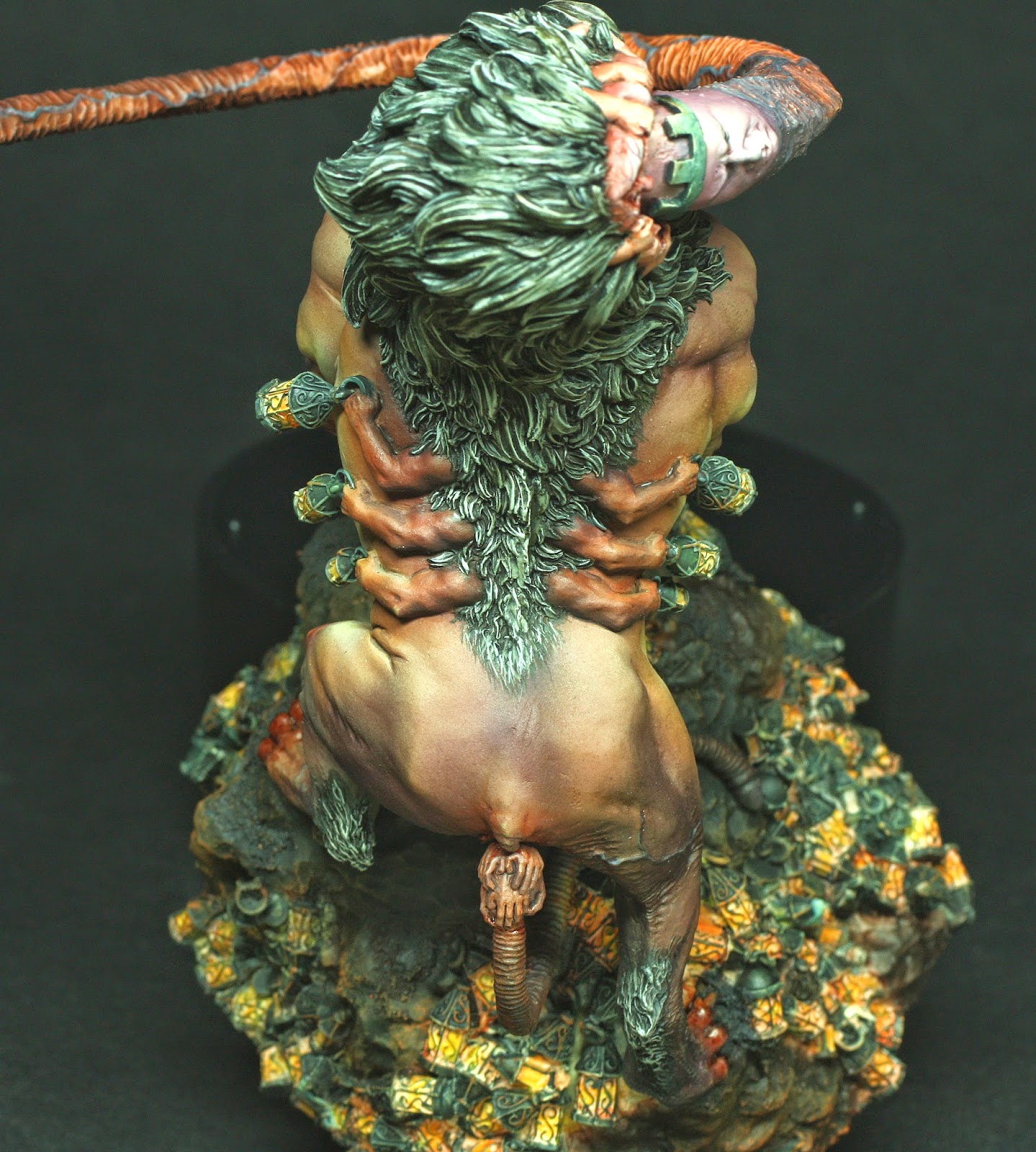 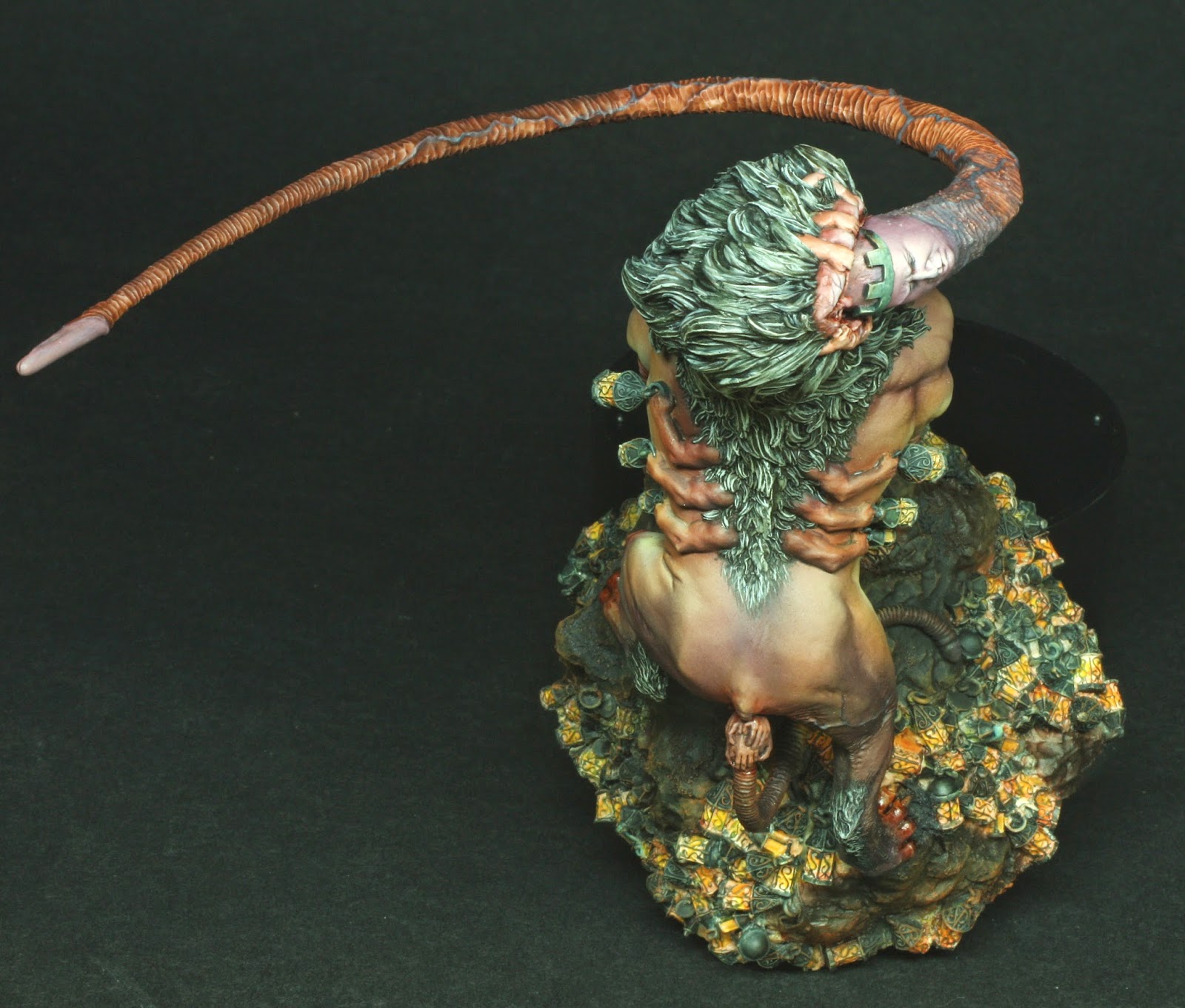 The next model will be something very different, and positively demure after this. I think that this Lion model could be the most "What the...!?!" I've ever seen, and for that reason, I'm very pleased to have done it!