Crowdfunding season (and some titillation)

OK, well it seems that my Facebook feed is crammed to the gills with current and upcoming crowdfunding projects, so I thought that I would do a little summary of the ones that have caught my eye (or pocket) in the last few weeks. A couple of these will have finished by the time that you read this, but I've included them either for additional exposure and future reference, or just because I like them! ^_^

First of all, Kingdom Death:Monster...


Yeah, I know, it "should" have been fulfilled by now if original estimates had worked out, but never in his wildest dreams did Adam Poots expect to go from selling 50-100 resin minis to fund the next casting run or sculpt, to fulfilling the wishes of some 5500 backers, and cramming about 11 expansions into the original game! Dealing with the new expectation has led to sourcing hard plastic moulding of the minis from China and who knows how much else in terms of card stock, dice and artwork.
The anticipation of this as a table top game, method of miniature construction and as a slick looking art piece is huge now and each update on Kickstarter has me salivating happily.
I've been lucky enough in the past to have had a few of the models from the game in their prototype resin forms, and they are stupendous.

I painted the starting survivors for the game almost as soon as I received them, and they may end up in the final rulebook. 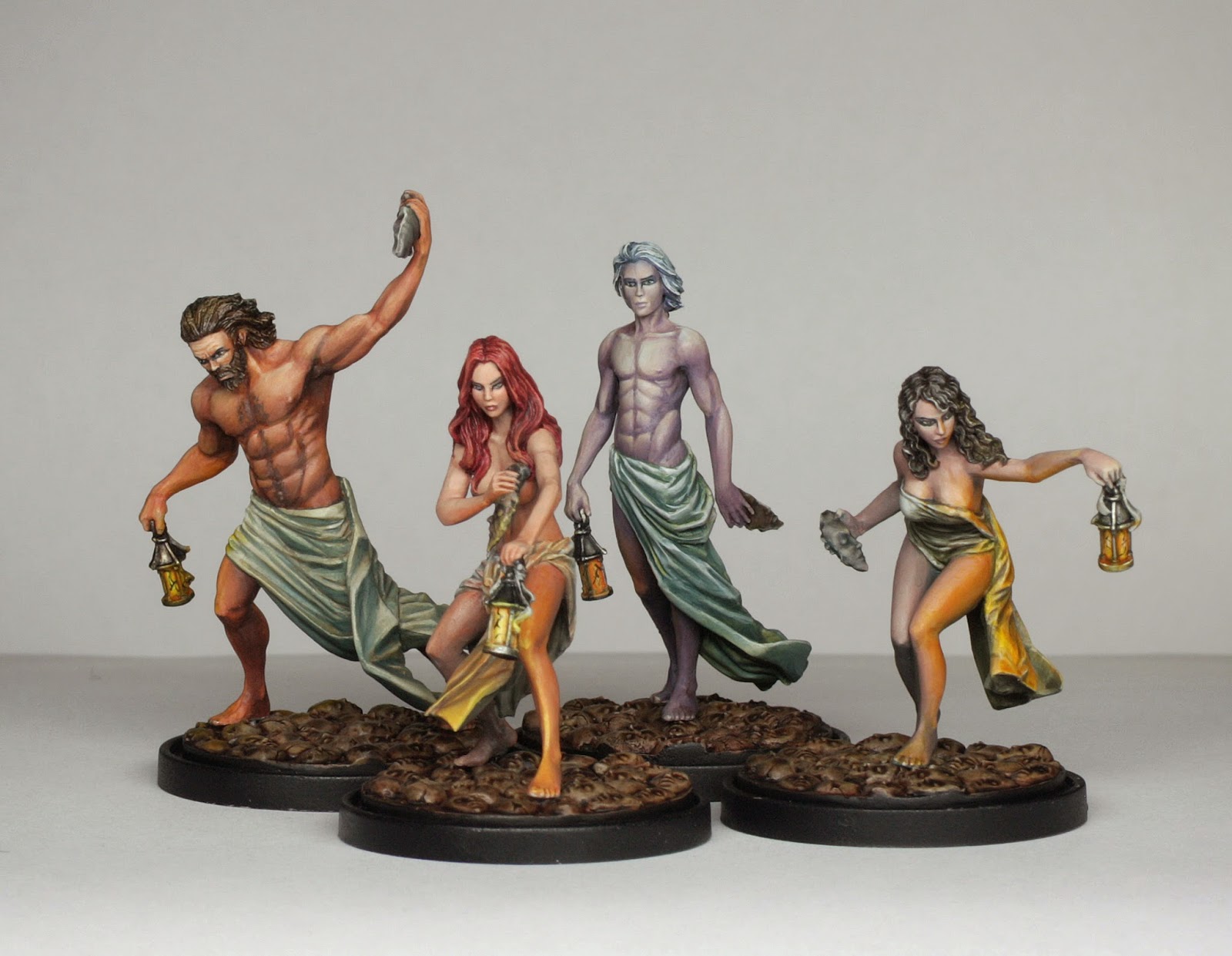 The recent release of the Pinups of Death has shown us what to expect from the game's plastic models and, from what I've seen so far, the people are going to be very happy with them. More on this another time though ;)
The reason that I mentioned (other than the self pimping, lol) is that the pledge manager for KD:M has been reopened for existing backers to add to their pledge if they wish. Personally I feel that around 100 minis in a box is plenty to be getting on with, but I know that there are a few completionists that want to "catch them all" ^_^

This was a re-issue of a KS scheme that went wonky a few months back. It has just finished and has funded quite nicely, but backers are currently awaiting the pledge manager.
he new sculpts are all done in the style of Andrew Bawidamann's pinup art, which itself is greatly influenced by Gil Evren's bomber nose art from the Second World War. Some are a bit marmite, but some look like they will be absolutely great. It is unusual to have
The link up with Hasslefree with regards to EU backer postage was a benefit, along with the innovative add-ons, like mouse mats and photo back drops, but in the end it was one particular sculpt that tipped me over the edge and got me "in" on the scheme... 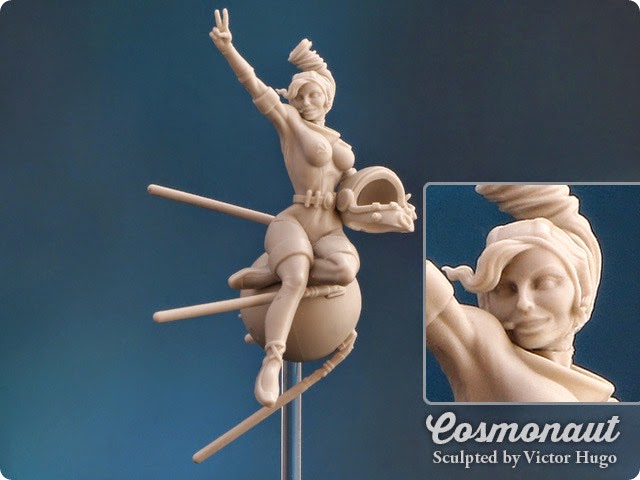 I ended up paying in for 2 other girls and a bust too, but this one was definitely my favourite. ^_^

As I write this Kickstarter has 15 days to run and looks like a really interesting project. I like the slightly different take on things that the guys running this have taken. The models so far are kind of "generic" fantasy, making them suitable for a variety of RPGs and tabletop games as character models. There is no plan at this stage to create a game system associated, which could be a drawback to some, but it has never stopped the likes of Hasslefree succeeding in the past... ;)
What makes this scheme note worthy? Well, aside from the guys enthusiasm and good looking models, you can pledge to receive display level models by some very well known painters including Aaron Lovejoy, Emuse Studio, Minx Studio themselves, oh, and some bloke called Scott Hockley!! lol
So, what are you waiting for? Back it! NOW! haha! ^.^

This scheme still has just under a day to run as I write and is something really useful for almost everyone modeller. Run by Ben Jarvis, a UK Slayer Sword winner, this is all about brass etch accessories to customise your models. I've seen the early sheets in hand, and the detail is great! Brass etch isn't cheap to produce, but this works out quite reasonable and will definitely be something that I shall make good use of! 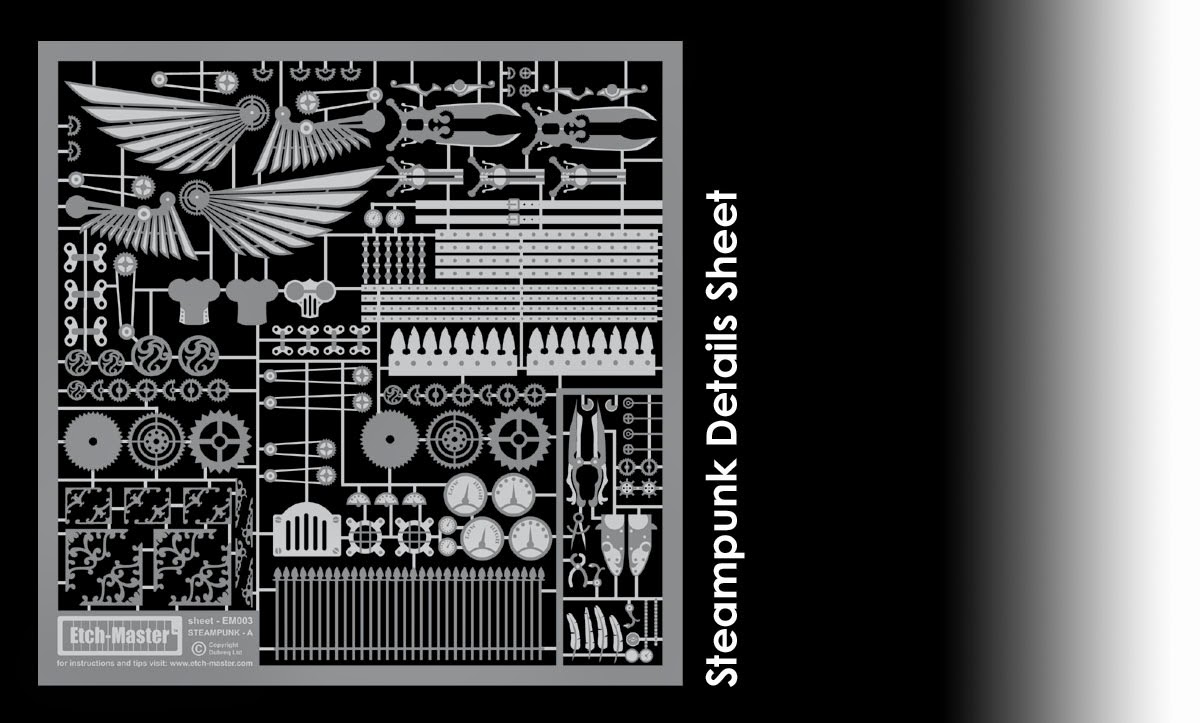 This is a new Kickstarter from the guys behind Eden (Taban Miniatures), but also largely from Rackham in the dim and distant (often lamented) past.
Lots of good looking minis with what looks like an innovative method of building rank and file models too. Some of the concepts for the stretch goals look really impressive too. I shall be keeping an eye on this with a view to some late mini scalping, I reckon ;) 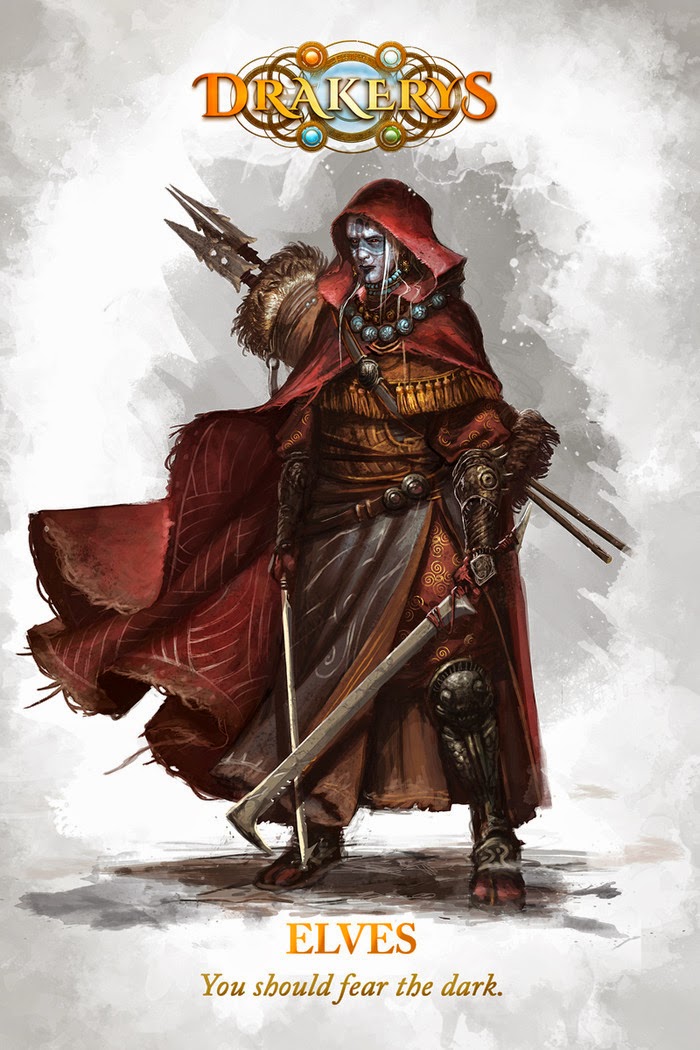 I forgot a Kickstarter that a friend is running and I feel pretty bad for not mentioning too (I've probably forgotten others cos I've got a sieve for a brain at times. So this is one I missed!

The Trolls of Trudvang by JoeK Minis

Joe Karame is one of the Brindie Gang, and the third of the bunch to go full scale with a bit of crowdfunding (Infamy did a short one recently too but has a bigger one in the pipeline, and Warploque did the successful Arcworlde one a few months back too). As I write, it has 12 days to run and the scheme is based around a piece of Paul Bonner art that Joe got licensed to reproduce in mini form. The KS started with funding the big troll in the artwork itself, and then subsquent stretch goals have unlocked the sculpting and production of the remaining protagonists in the scene. Well worth a look and I am glad to say that it has funded successfully already, plus you can get additional discounts from the JoeK range by backing the scheme too. ^_^ 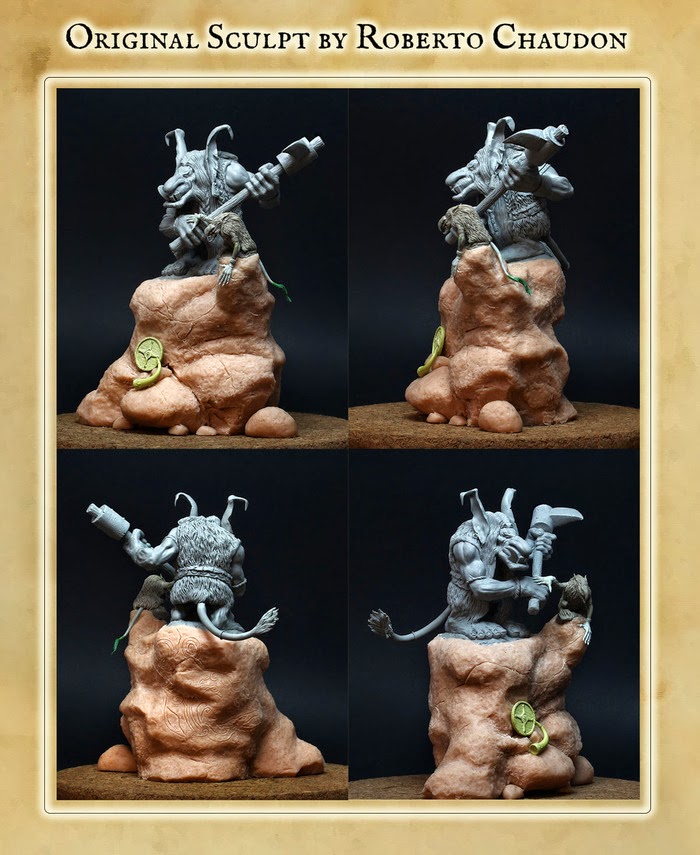 This one is eagerly anticipated from the Scale 75 guys. They are currently awaiting the green light for their Kickstarter to actually begin, but this one looks like it will have some of the best sci-fi minis around judging by early images. Keep your eyes peeled... 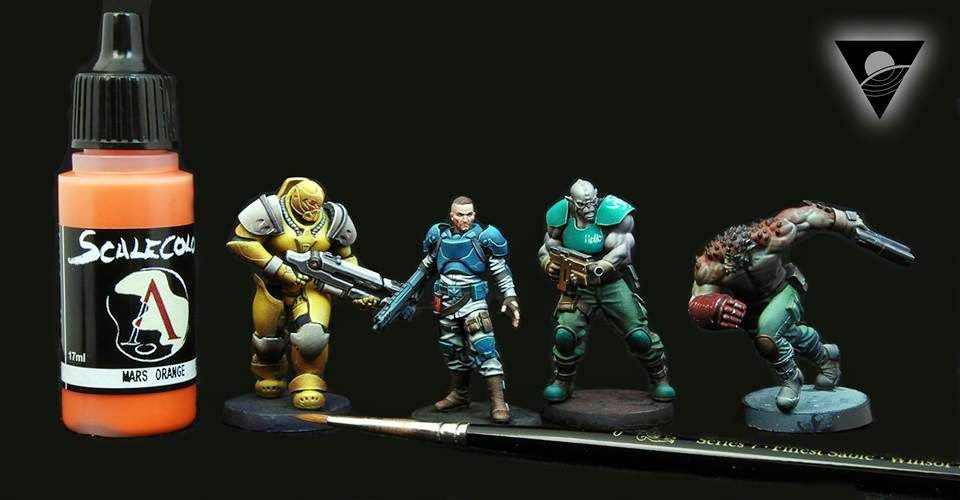 Another upcoming one is going to be The Others from Studio McVey and Guillotine Games. So far there has only been a couple of teasers, including the following vid, but I consider my interest piqued... ^_^

OK. Enough pimping from me, and happy shopping!

Getting back to what I've been up to in terms of painting, aside from committing to painting minis for the Minx KS, I am still in the midst of a nice commission which I can't show yet, but I also took a bit of time out to start painting a Kingdom Death Pinup that is due for release with the Monster game soon (we hope).
This is the Phoenix Dancer...

The colours of the skin are still being worked on at this stage (and the colour balance of the photos was really off!), but I really like the sculpt and the pose makes for quite easy painting too, with only a couple of head feather left off the sculpt to be added a bit later.
I hope to have her finished this week if all goes well, although I'm in two minds about a base at the moment, so I'll post up more progress soon.

Until then, enjoy Crowdfunding season, even if your wife/husband/significant other and wallet won't! ^_^
Posted by Unknown at 16:32