It feels like forever since I've had something that I feel is "worthy" of a full blog post, especially as the last post was about tidying up the desk. However, I'm happy to say that I have finally completed what I feel is a display level piece, and better still, it is a gift for a friend who will hopefully like and care for it better than I am likely to if left in my own possession! lol
Seriously, some days I swear that there is more painted super glue than resin in my cabinet some days..!

I have also carried out enough of a purge that there are just two part painted pieces sat on the desk right now. With enough effort I could have a completely clear space by the end of next week. The joy of a clean slate... *sigh*

I also had a trip to the storage solution Mecca that is Ikea over the bank holiday weekend, and now I have tidy spaces where paint and various other fluids once stood, and easily accessible/portable boxes for said paints/fluids.

So, the project that I've done? Well, it's a return to Kingdom Death, and this time it's the big beastie that is the "Lion Knight 1st". In the write up it is some kind of failed experiment that wanders a labyrinth in the KD world in anguish, somehow out of sync with time and with only some wailing smoke for company. In short, he's not a happy chappy!
As a sculpt he's a mixture of challenging textures, with loads and loads of fine details. A really really strong piece by Thomas David. I don't know why I chose the desaturated teal for the "skin" other than I wanted it to look like some kind of exoskeleton in a Giger-esque alien type of way. Also I had already decided to go with a ragged leathery coat, so the contrast was sort of obvious. 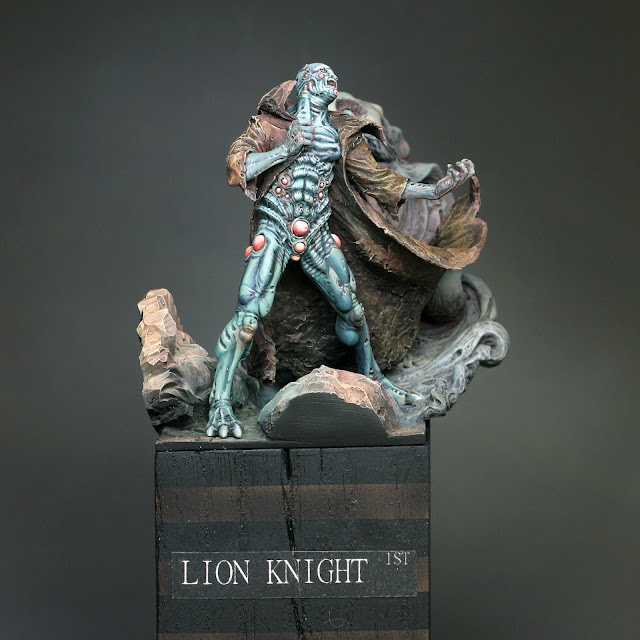 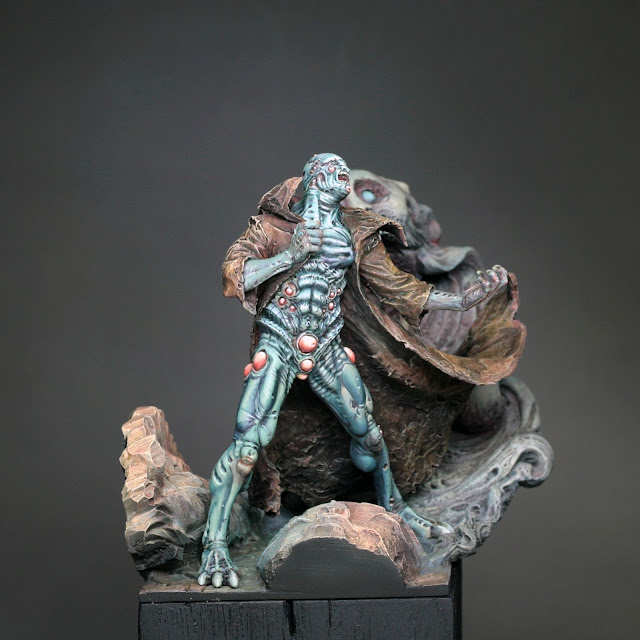 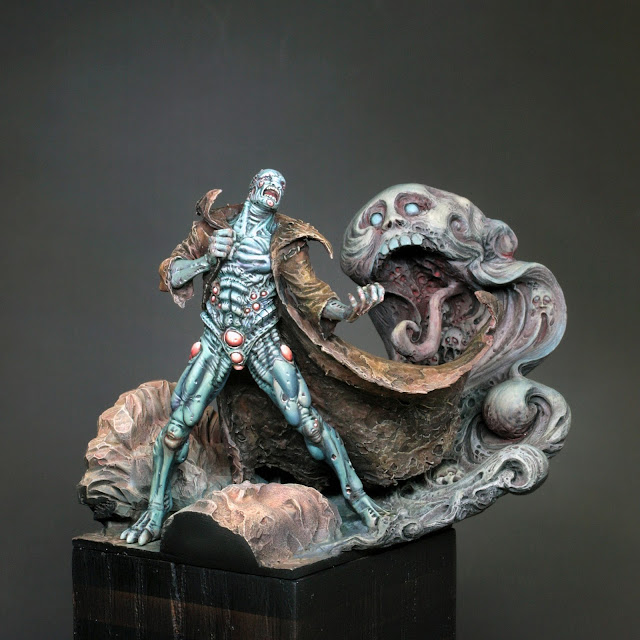 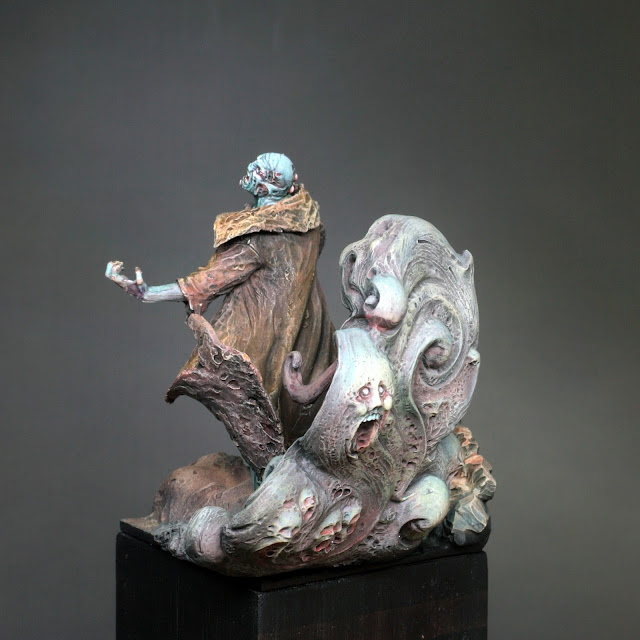 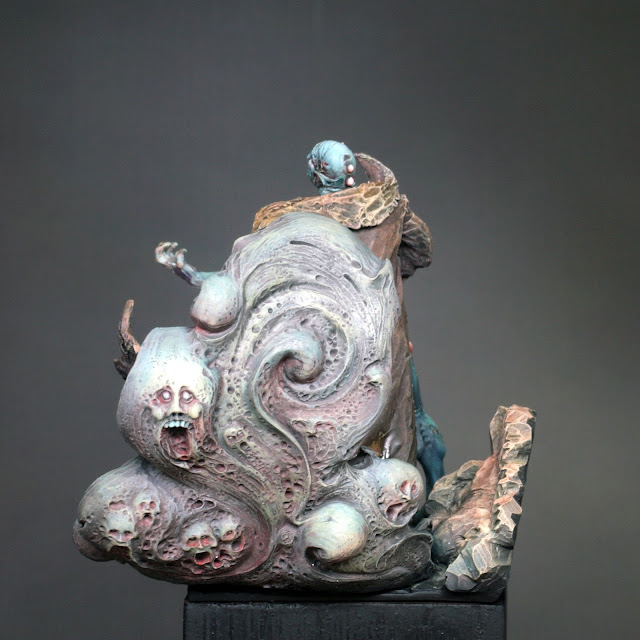 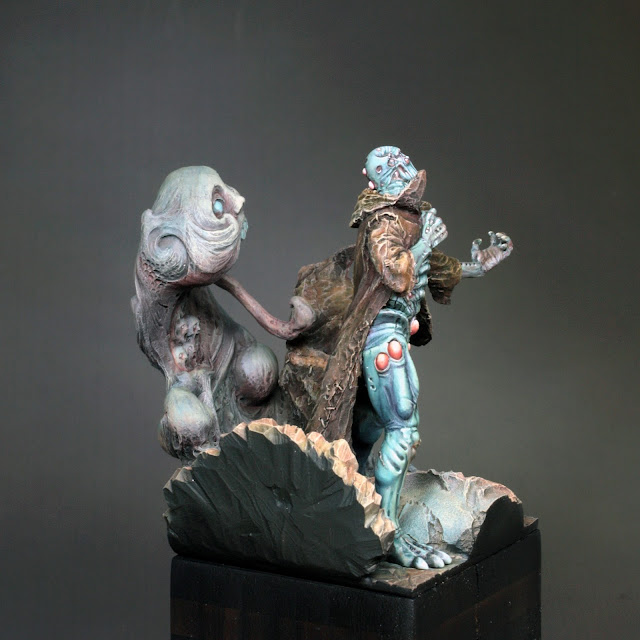 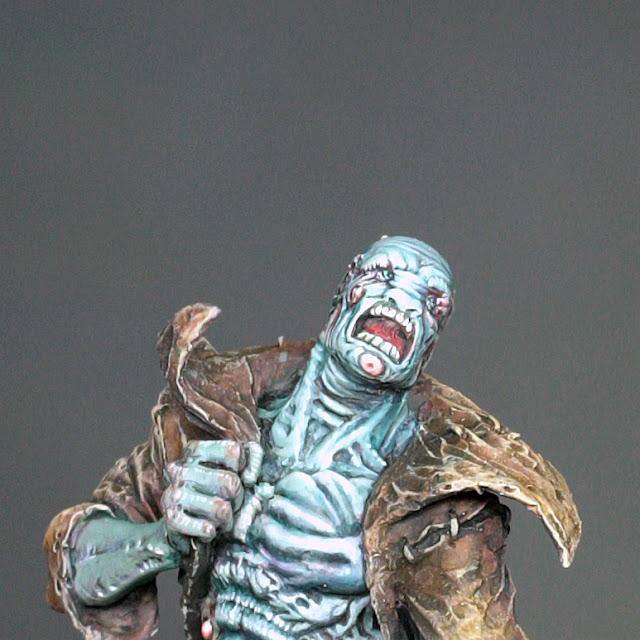 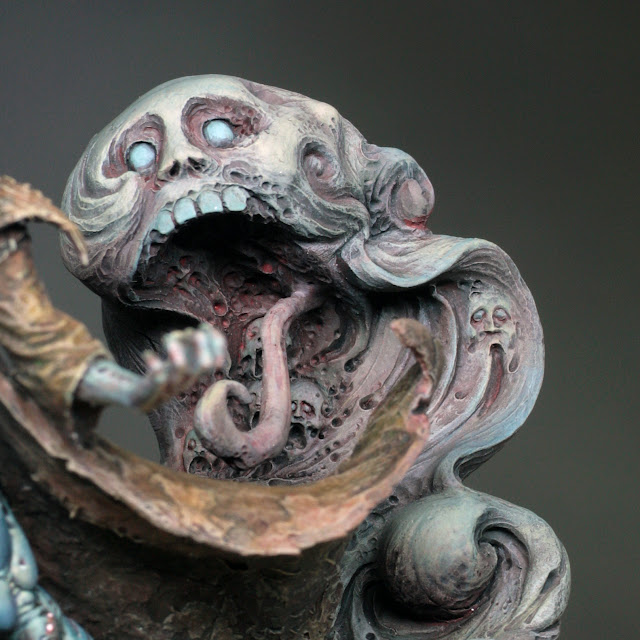 I hope to have the other 2 pieces up soon, and then I'm likely to be working a commission and preparing a couple of pieces for Euro in September, so hopefully I'll have more pretty pics here or on the Facebook page - https://www.facebook.com/theblackhandsblog/