Euro Militaire is imminent, so it's time to finish off/tidy up pieces for the competition and for the judges' display case - a rare privilege that I always find a little intimidating when my little ladies get to rub shoulders with extravagant dioramas and large scale pieces done through the years by some of the other judging Illuminati! ^_^

For me this means getting the Dragon Huntress finished and have a check on the condition of a couple of other pieces done since last September that I intend on entering - likely M'Dusa and Virago, maybe one or two others.

The Dragon Huntress just needs a tidy here and there having completed the painting as such last night and fully assembled everything. She's been an unexpected project piece that I've thoroughly enjoyed having effectively had her on the desk for a whole year before deciding to finally get on with it! The last piece that went like this was the Agora "Cassandra" piece from a year or so ago. These are pieces that start out as an "I'll just have a laugh and paint this the way I feel like it" and end up being a proper display piece that I've ended up trying new techniques and pushed myself on with.
I know that I say that you ought to challenge yourself with every piece, but this is one of those surprises that rewards you with the (almost) final result. 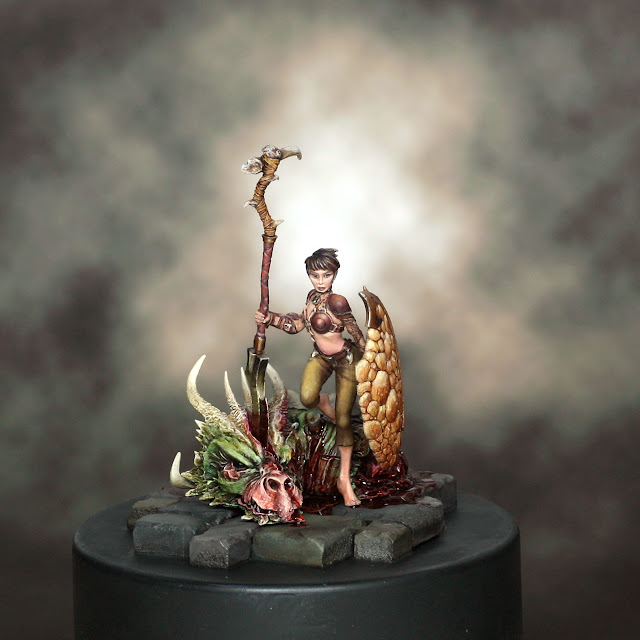 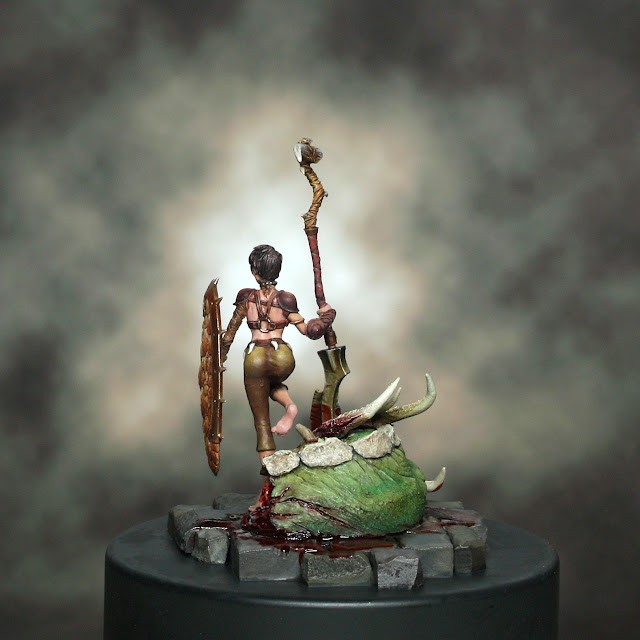 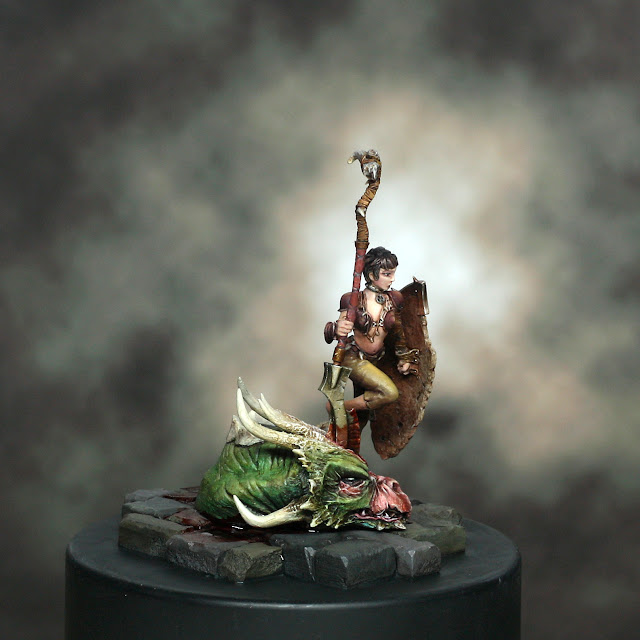 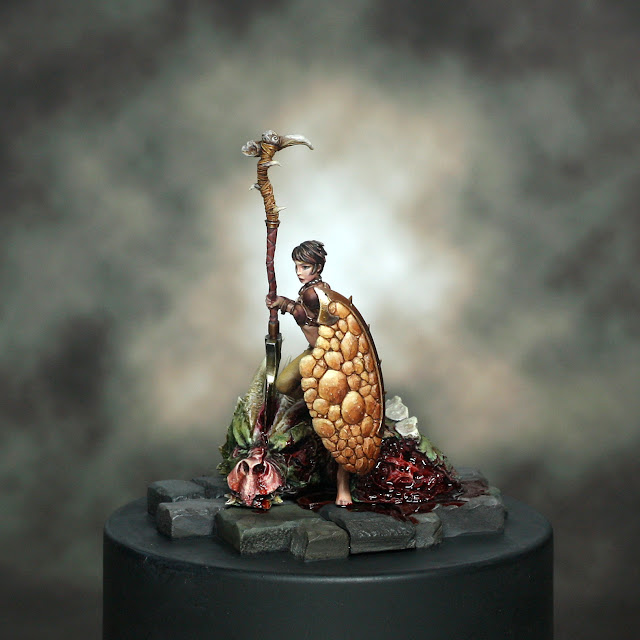 There's a couple of fixes that I can see from the photos, and some matt varnishing here and there, plus I want to do some kind of plaque or name on the plinth, but she's mostly done.

The other piece that I'm trying to get over the line, though not for competition, and that is the Poppy's Angels piece which is similarly mostly painted now, but needs some fixes and the IV drip needs to be painted and attached... 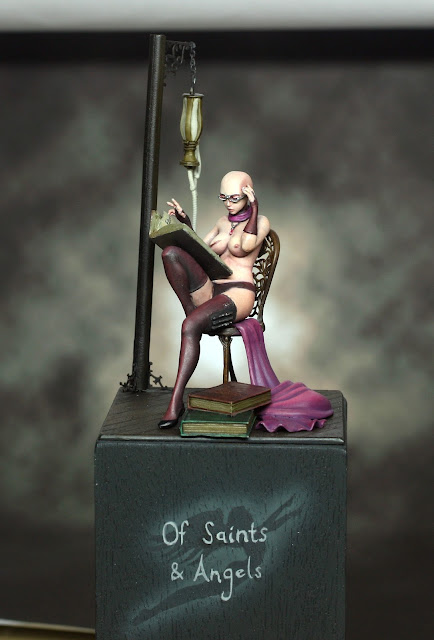 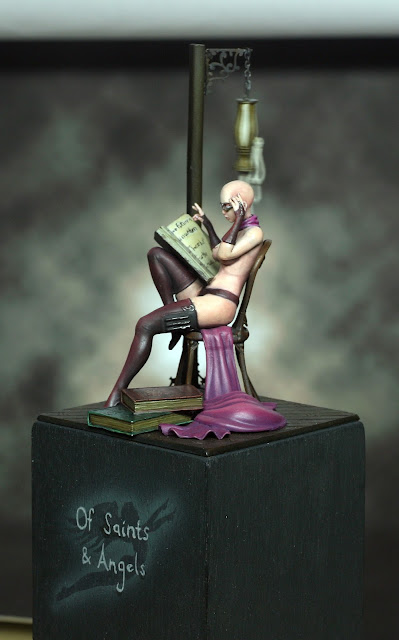 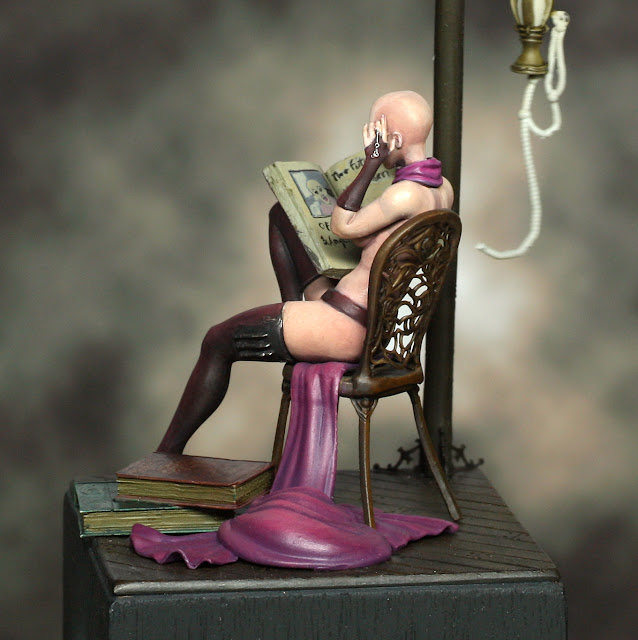 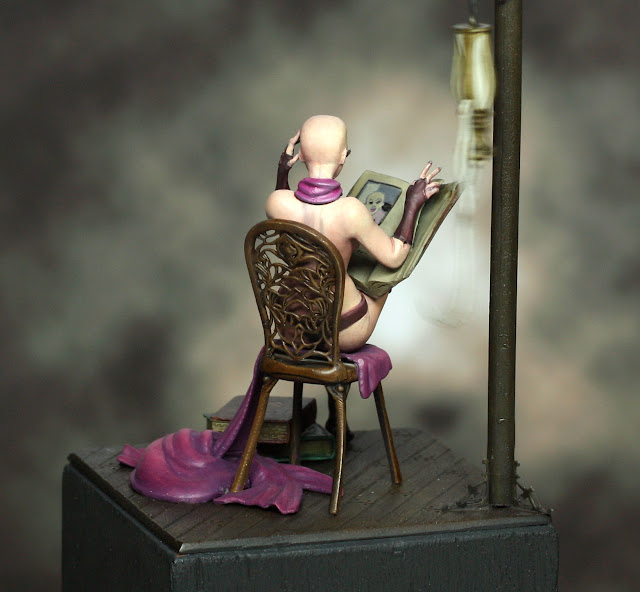 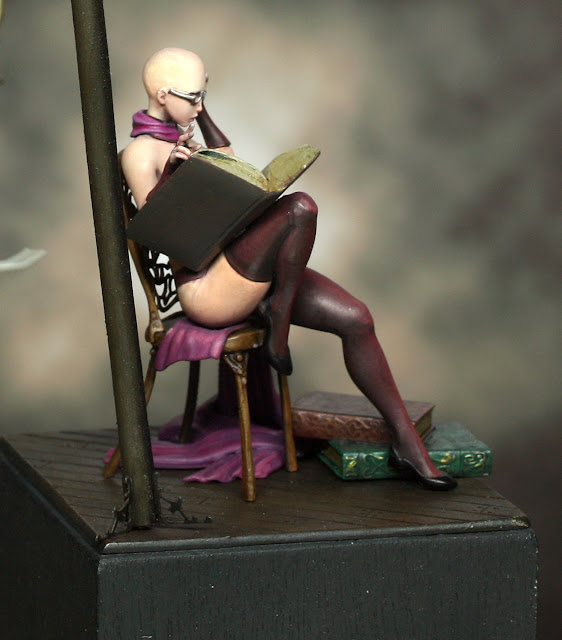 Again this has been a project that I've challenged myself with some new stuff, and in a size comparison she is easily twice the size of the Dragon Huntress - I really ought to put a ruler or coin next to the dragon huntress to show how teeny she is!

I need to have her done very soon because the raffle draw is coming up at the beginning of October. You can still donate and get your tickets, so if you are interested, go to my previous post and click on the link there - HERE IS THE PLACE TO CLICK - thanks!

The next post should have a round up from Euro plus some news of what's next. Until then have fun, and if you're coming to Euro, say hi and mine's a bitter, ta ^_^
Posted by Unknown at 15:16