It's kind of disappointing when you don't feel like you're moving along as fast as you want to be moving at, but sometimes you need to just slow it all down and invest a bit of time in the "polish" of a model.
These Ilyad barbars that I've been working on lately almost feel like they've ground to a halt because I've got well and truly fixed into the NMM of the armour and the axes of the male barbar. Virago has barely moved at all since the last update, but she will get the same treatment as the male as soon as I feel that he is at a stage to put down ready for the skin section. 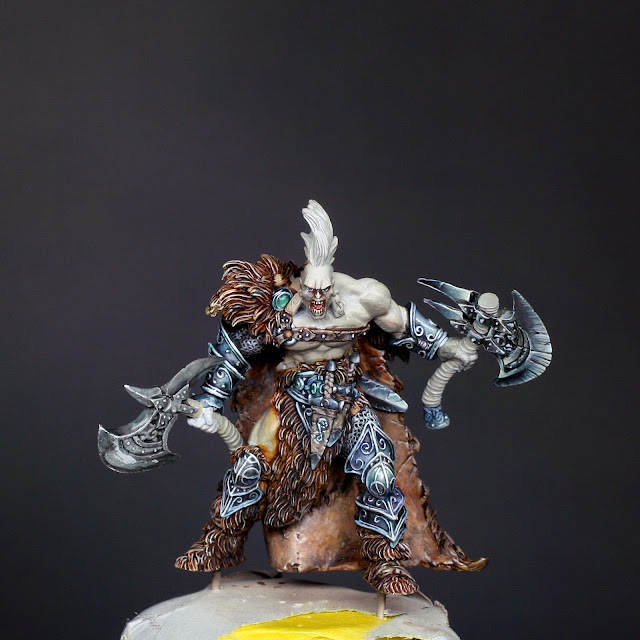 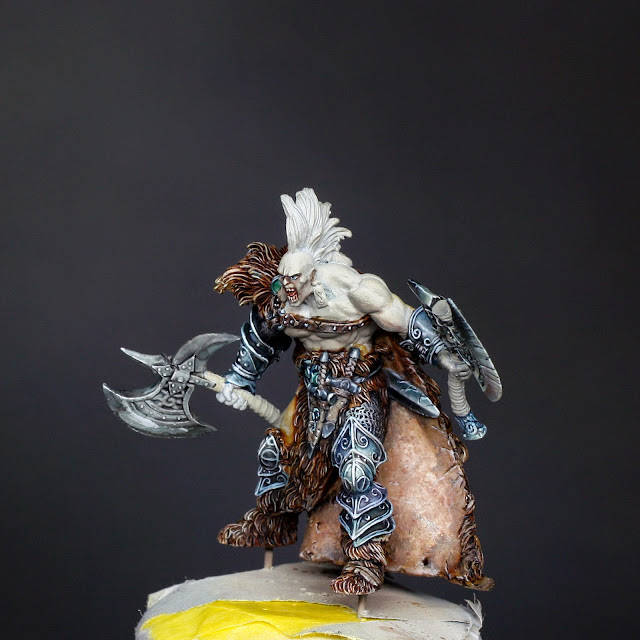 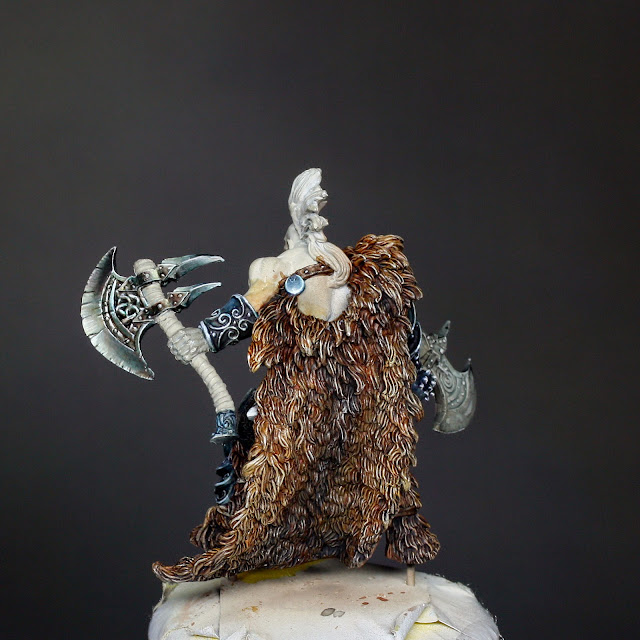 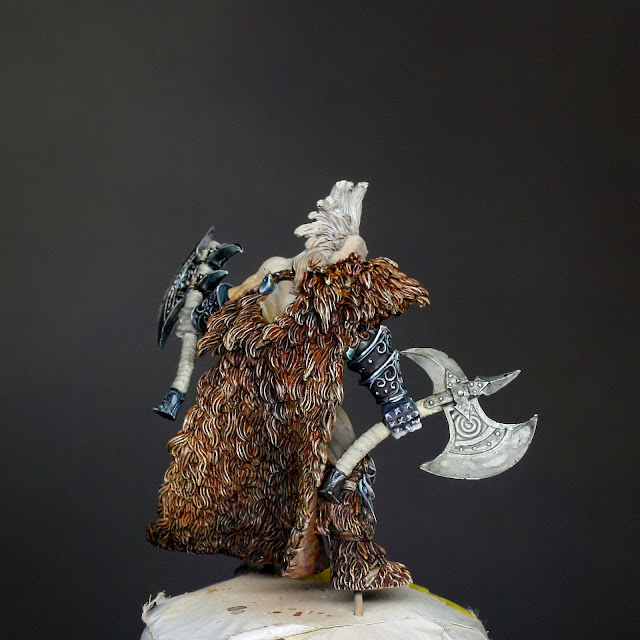 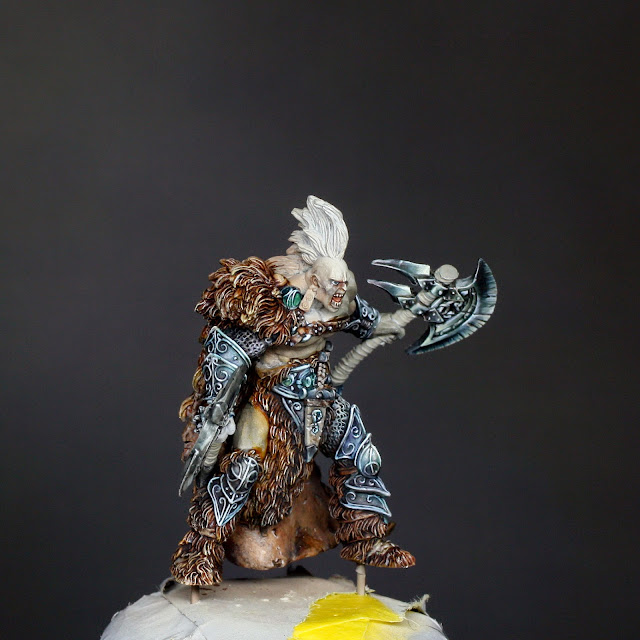 Then, since these photos I've completed the axe heads and added a little more polish here and there to the (non) metals. I wasn't in the mood for the SLR last night, so I committed the cardinal sin of phone photos, and they weren't as terrible as I expected...! 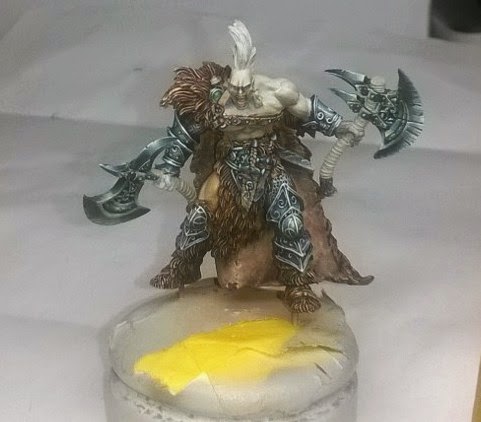 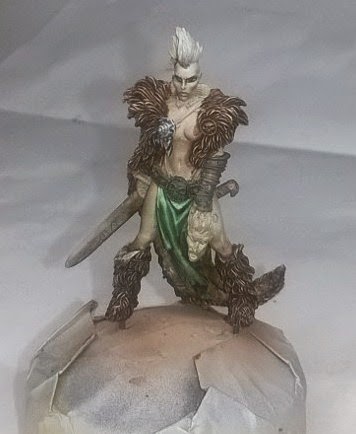 Not the sharpest focus and doesn't show off the nuances of colour, but at least it shows the contrast.

I shall finish off the axe hafts now, then do a few jewellery bits here and there, after that the male barbar will be put down so that I can move Virago along. That shouldn't take long as I've already started on her *tiny* bit of armour, so it will leave her swords, belt, glove and jewellery before I can move onto bringing the pair of them to life with the skin part.

Short and sweet today, but it feels like the hardest part of the models at the moment just before reaching the top of the climb, ready for the easier descent. I am still massively enjoying painting both models, but, after a few days off, I need to pick up the tempo again ready for my favourite part.