Well. With the best of intentions, the last couple of months have been very busy working on a great commission. There will be a wait before I'm cleared to share the pictures, but the box is on its way to the new owner and I now have time to set my sights on my favourite show, Euro Militaire.

I have several ideas in mind, but with only 7 weeks left we'll see how far I get. The first model that I've decided to work on is an Andrea piece that I had almost forgotten that I had. This is Ainariël, Arrow of Light, and I think that she is the first Freeman sculpt that I will attempt to paint. I have decided not to do any conversion work on the actual model, largely due to her being cast in metal, and the base that she comes with lends itself nicely to just building some ground work around the metal. I found an aftershave lid that fits the shape of the model superbly too, so that will be her plinth :) 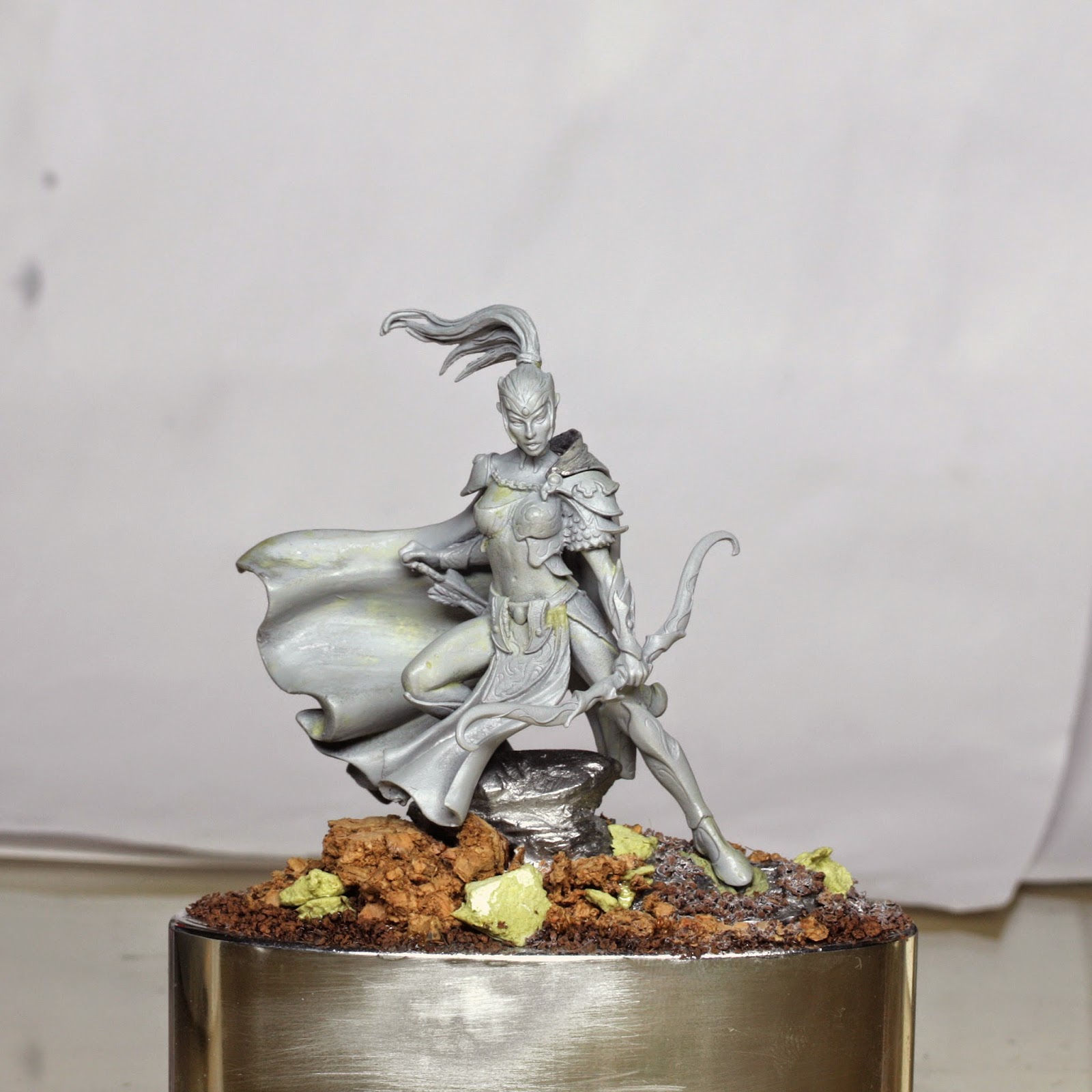 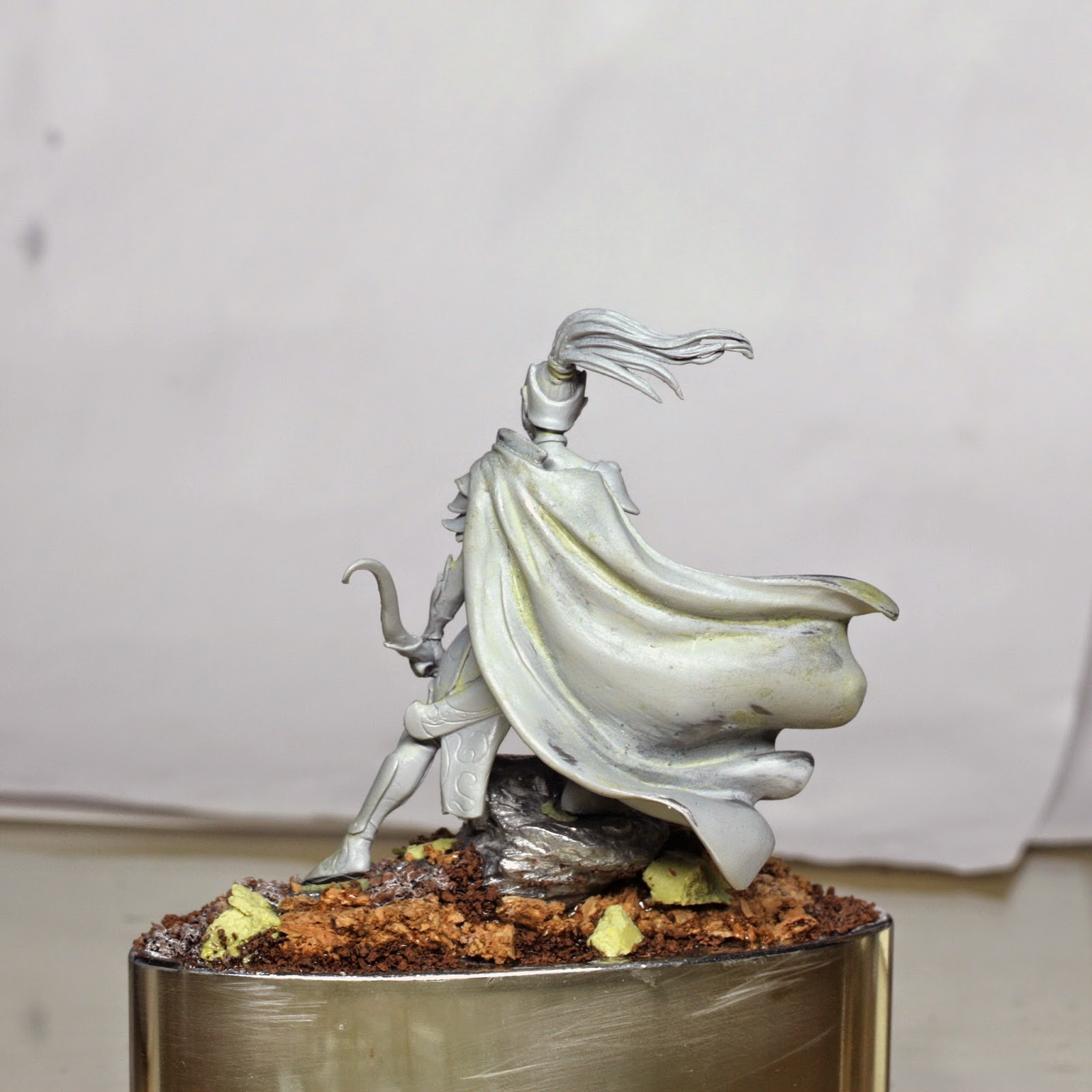 There was a small amount of filling to do, but I actually received her as a second hand model, so a lot of prep work had already been done in terms of mould lines and pinning.

I plan on completing the base with earthy tones, grass tufts, fallen leaves and such, all in an autumnal scheme, and then allowing that to help dictate the colours that I will use on the model either as a complementary or contrasting scheme. I also plan to use my new Scale 75 metal alchemy paints on her armour for the first time. I have heard good things about them, so I hope to share good progress on them very soon.

Other than this, I haven't had much time away from the commission work to paint or prepare anything other than the Kingdom Death Phoenix Dancer that I started quite a while back. She is a lot closer to completion now and I am quite pleased with her as a representation of Lokman's concept art... 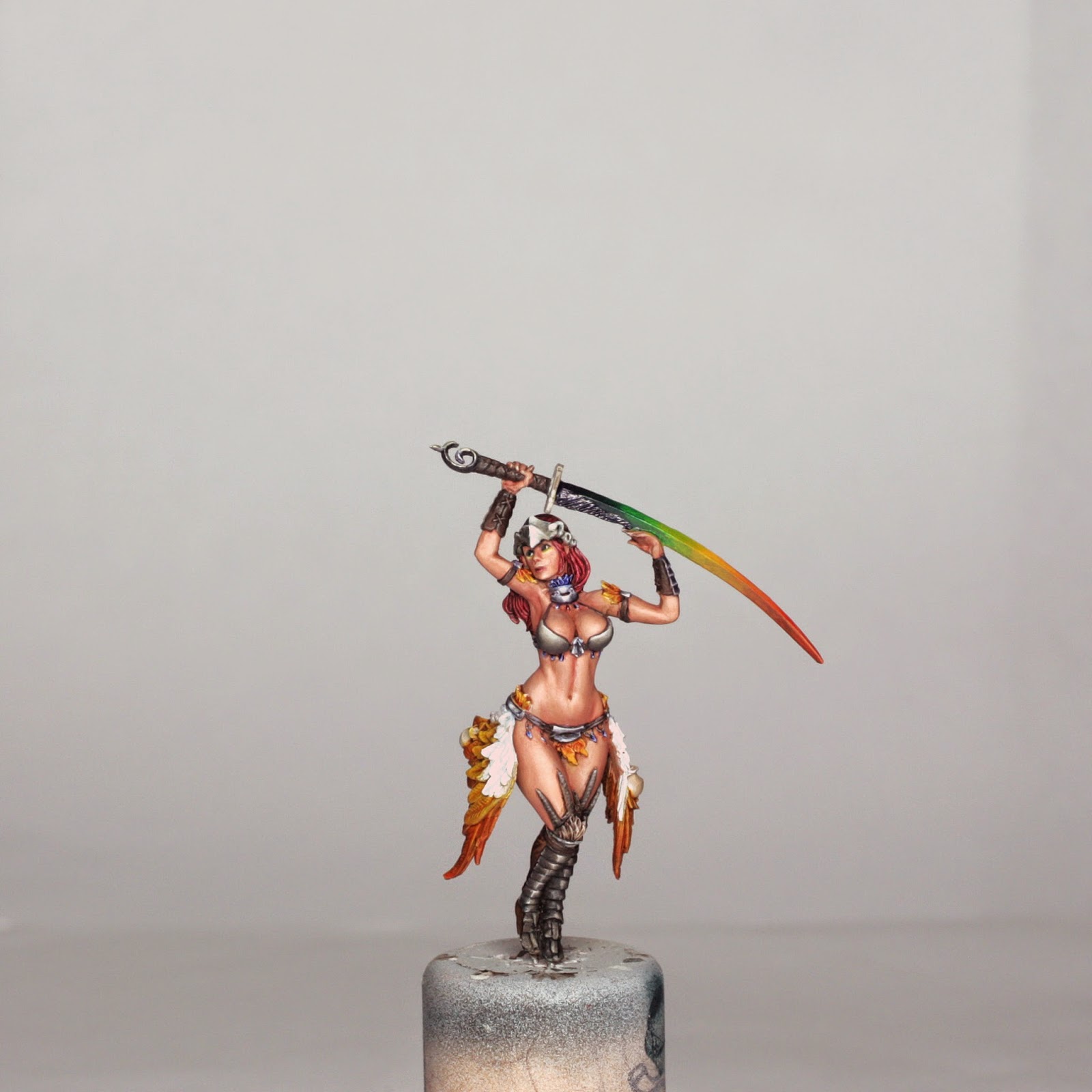 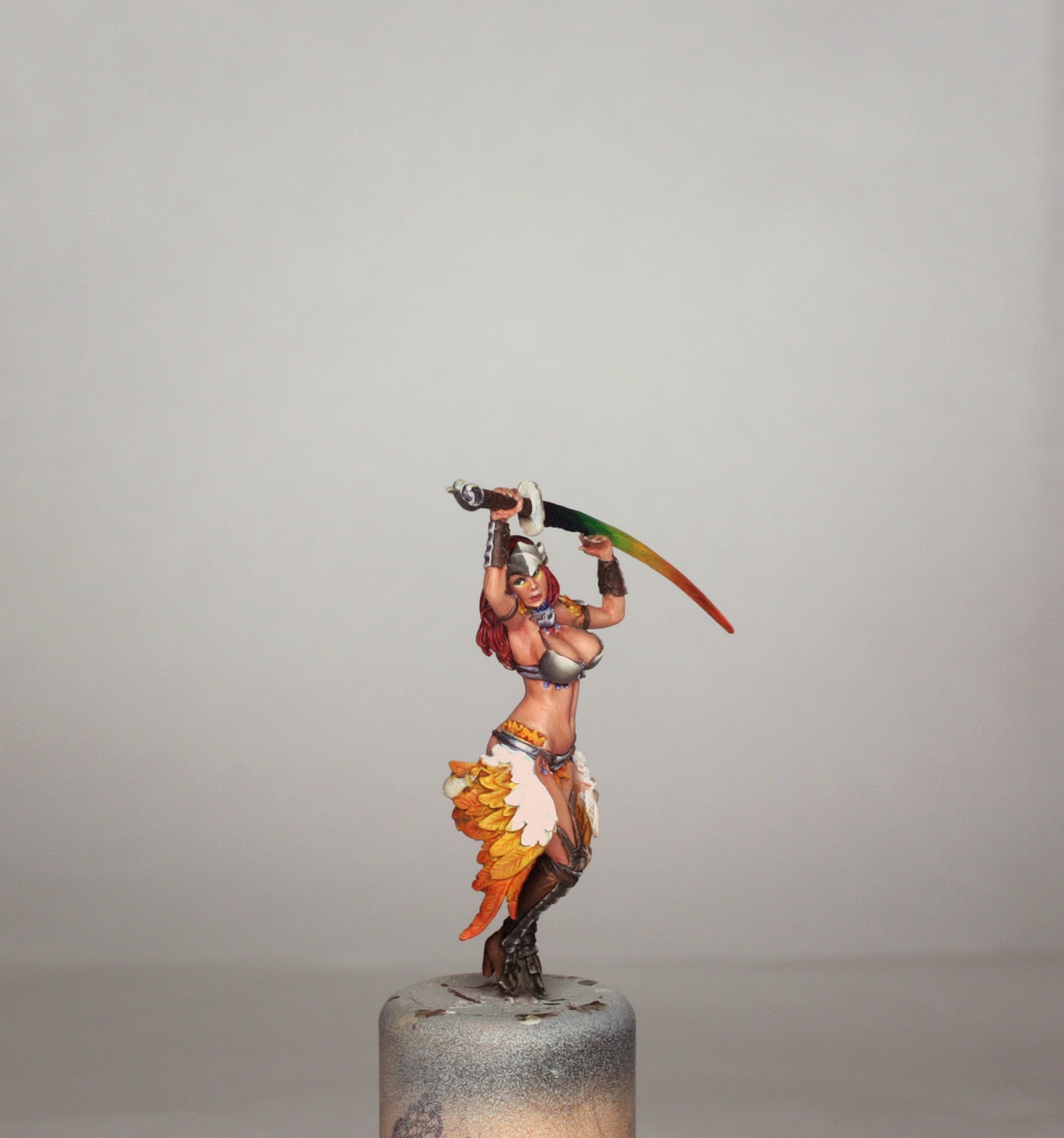 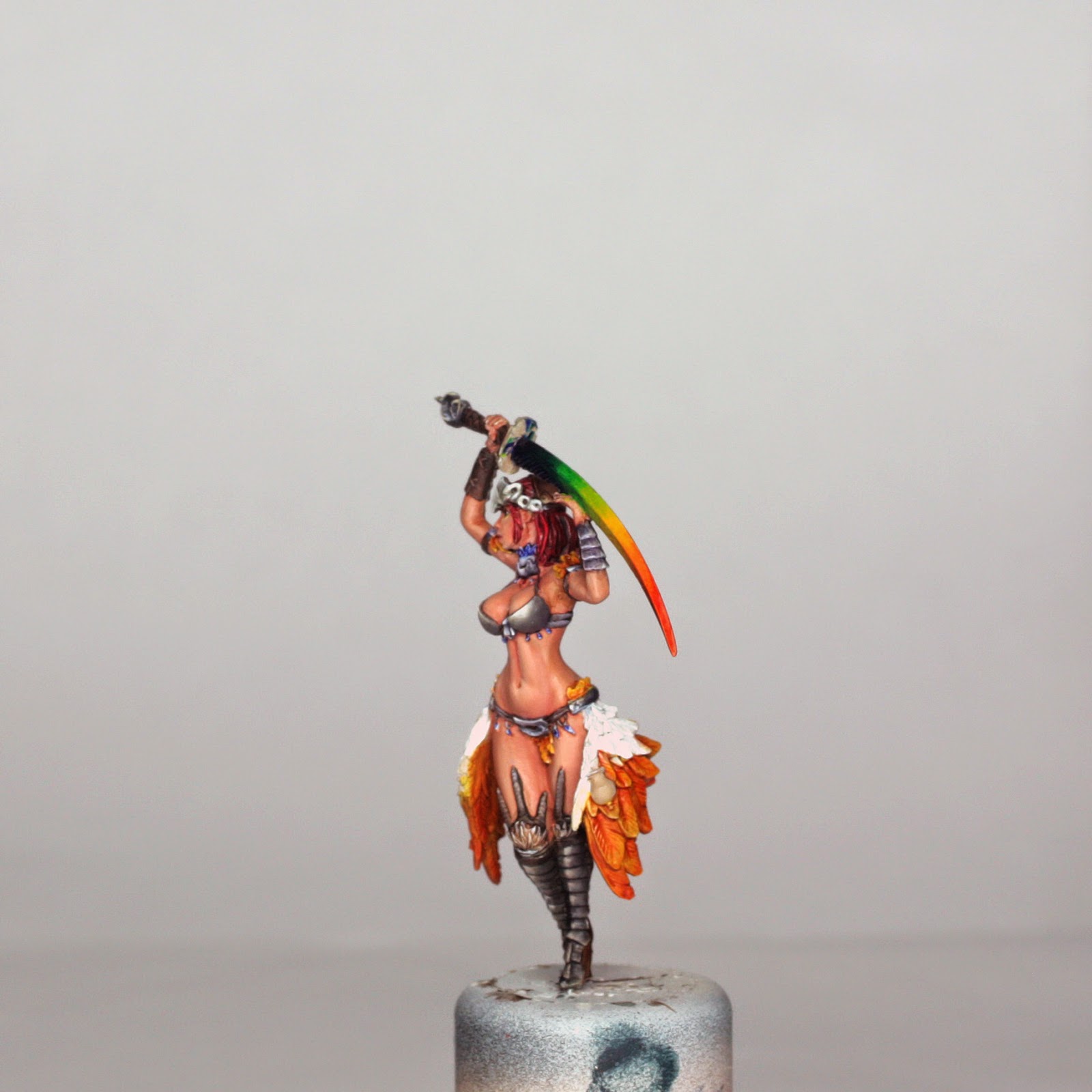 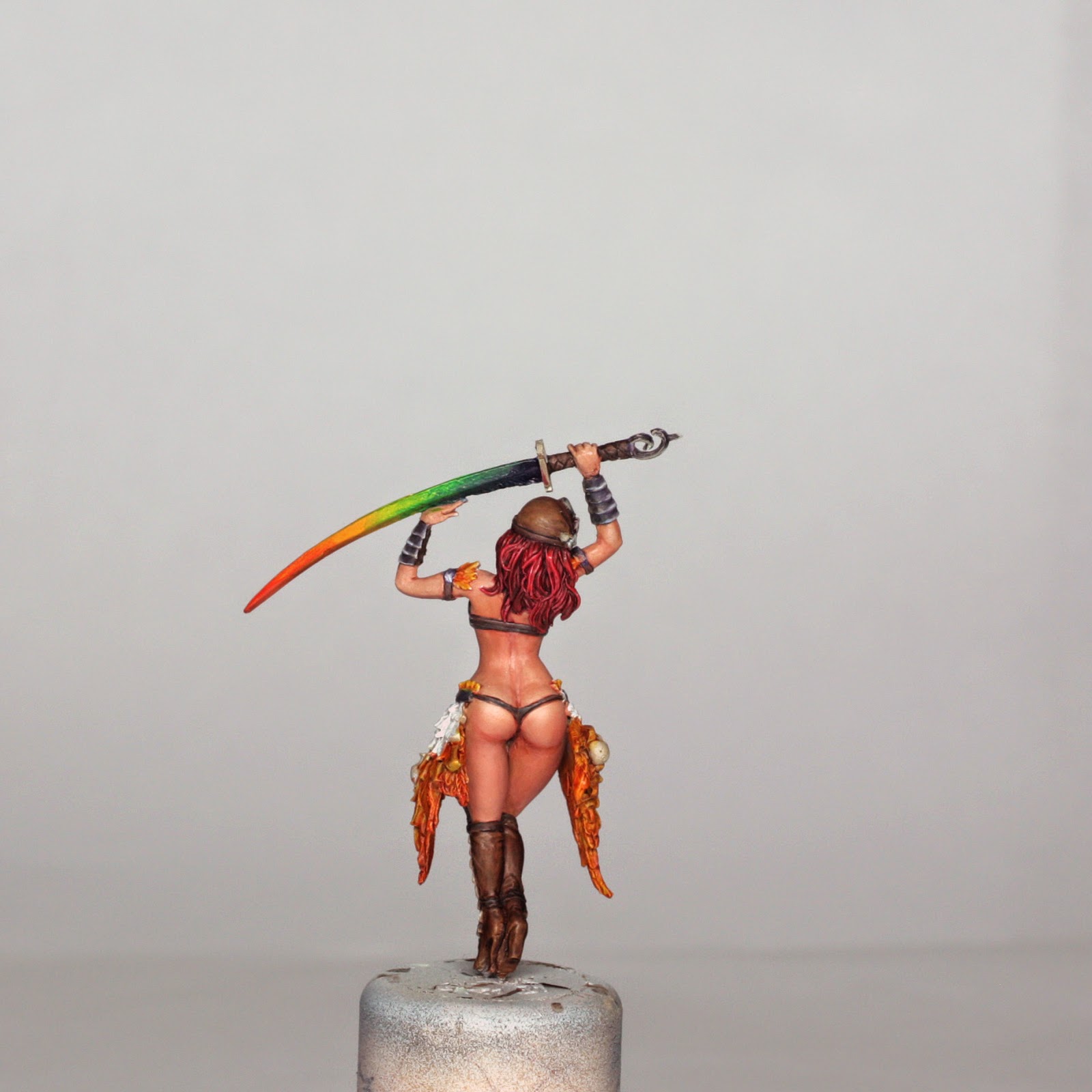 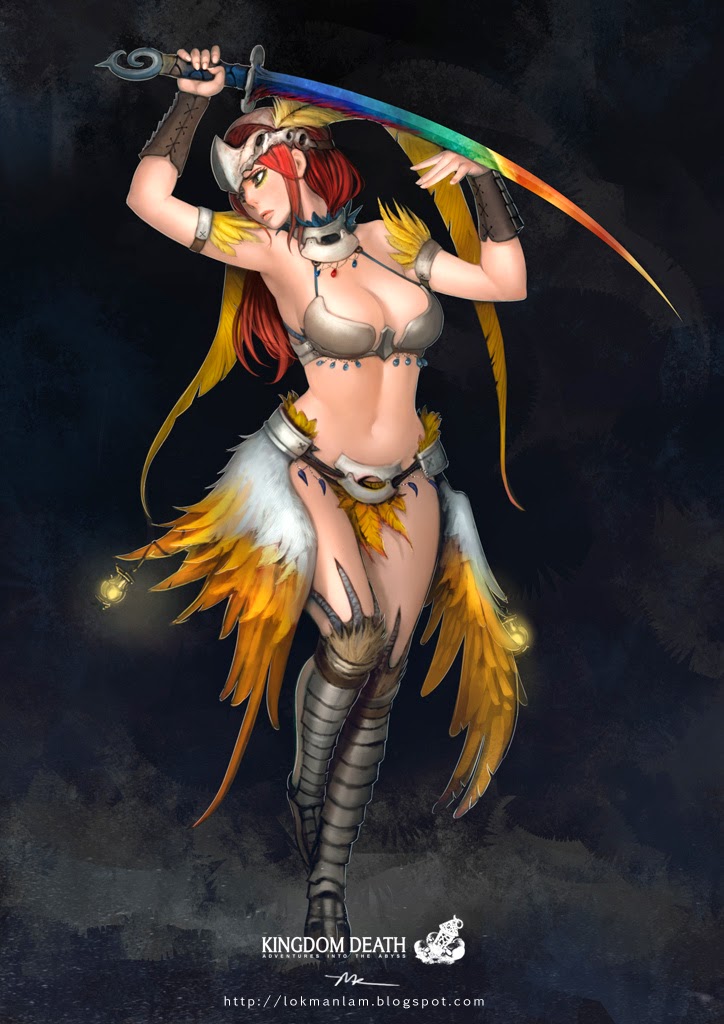 There is still some work on the feathers, little lanterns and sword hilt to do, then I need to create a base for her, but I've enjoyed working on her when I've had a few minutes to spare.

I do also still plan on working on Shido'ni, as mentioned in the previous post, and I think that I may do the Twisted M'Dusa model that I picked up at Salute, if time before the show allows. If it doesn't, I guess that I will probably just paint her anyway, because she is a great looking sculpt! ^_^

In other news, while I've been away, I've had a big birthday (40), which has involved quite a lot of eating and drinking, plus the ongoing good weather here has encouraged that extra beer or two in the garden of a weekend or evening. Think I need to squeeze a bit more exercise in before I can't squeeze into my clothes! lol